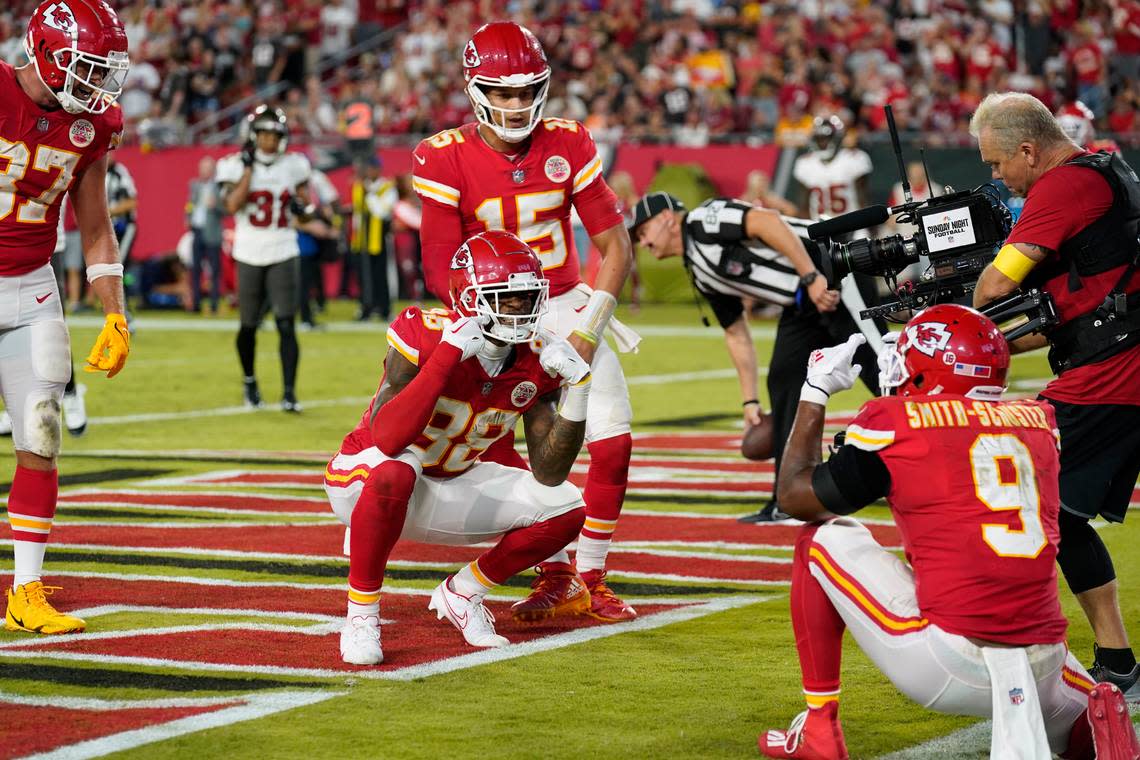 Here are three numbers that helped determine the result of the Kansas City Chiefs’ 41-31 win vs. the Tampa Bay Buccaneers on Sunday at Raymond James Stadium.

For the second straight week, the most significant turning point in a Chiefs game was the result of a special-teams play.

The Chiefs were the recipient of the gift Sunday against the Buccaneers. On the opening kickoff, Tampa Bay’s Rachaad White coughed it up after getting hit by the Chiefs’ Jack Cochrane and Chris Lammons, with Elijah Lee falling on it at the Buccaneers’ 21.

That single moment was the most prominent point shift according to the model at rbsdm.com, costing Tampa Bay 6.0 expected points on the game’s very first play.

According to NFL Next Gen StatsMahomes ran 39.4 yards before eventually completing a highlight-reel, 2-yard touchdown pass to Clyde Edwards-Helaire in the second quarter.

Next Gen Stats also shared this nugget: Since 2018, Mahomes’ 11 completions after scrambling 30 or more yards on a play are six more than any other quarterback.

One of Kansas City’s greatest weaknesses in last week’s Indianapolis loss turned into a resounding strength for the Chiefs against Tampa Bay.

KC converted 12 of its 17 third down attempts — good for 71%. That was after the Chiefs went 3 for 10 on third downs the previous week.

For context, heading into Sunday, there had been 65 NFL games this season where a team had 12 or more third-down conversion attempts. The best mark in third-down percentage among those squads — before the Chiefs on Sunday — was Cleveland converting 8 of 12 third downs (67%) in Week 2 against the New York Jets.

In America, racism is in the water | Race Issues