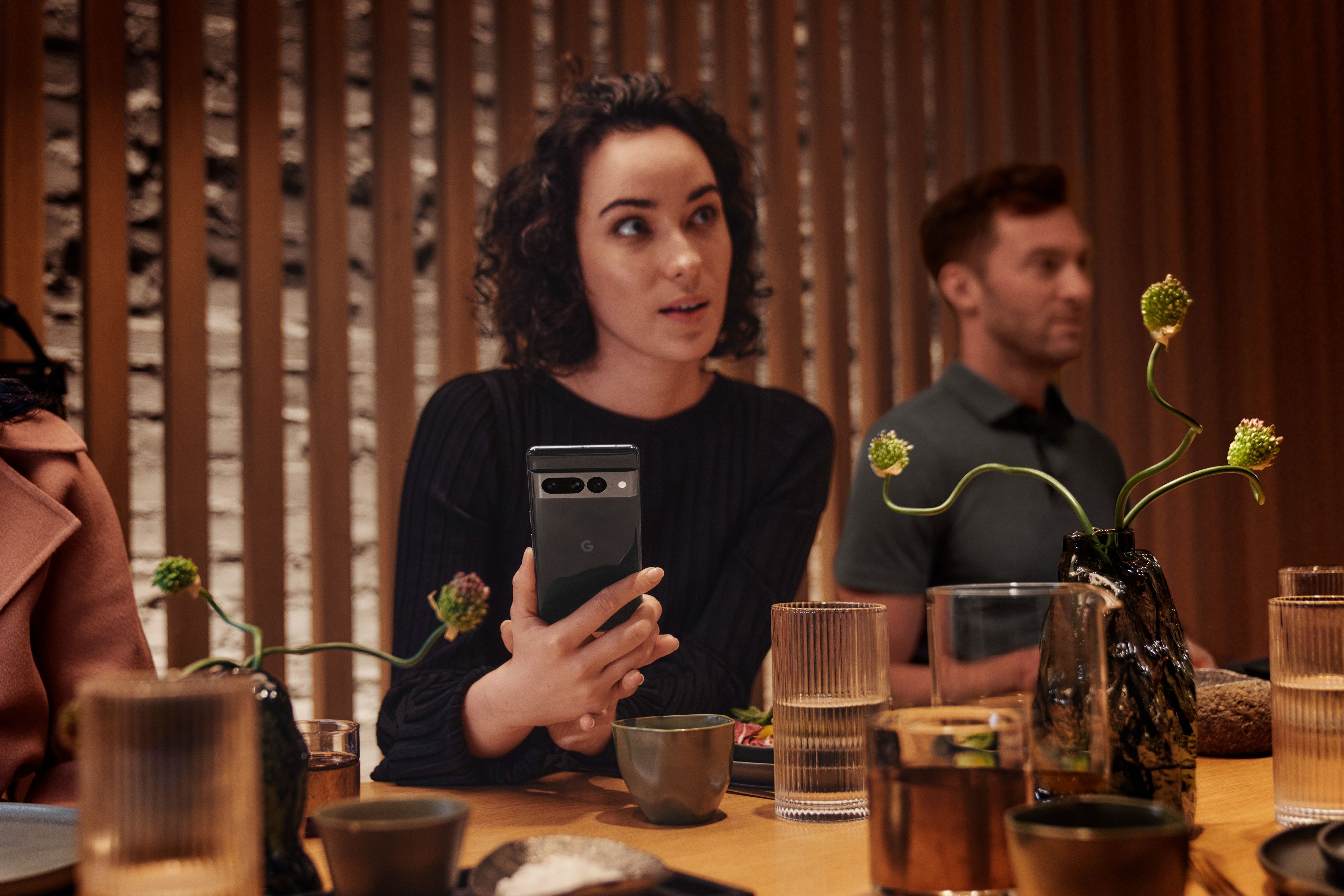 While the Hazel Pixel 7 Pro looks as perfect as a phone can get, it needs a case for you to showcase it properly.

After reinventing the Pixel experience last year, Google could focus on refining the hardware and software with the Pixel 7 Pro, bumping up the video experience with Cinematic Blur and 4K 60fps on all of its cameras. Whether you intend to take those cameras everywhere to start your TikTok career or just want one of the best Android phones on the market, protect your investment with the best Pixel 7 Pro cases. From thin and clear to ruggedly handsome, there's a case here for everyone.

The Nano Pop's two-tone colorways may not perfectly match the Pixel 7 Pro's unique Hazel option, but it brings plenty of style all its own. That's perfect for people like me who don't quite get the appeal of the Hazel but want more color than Charcoal or Snow. While the bumpers of the Nano Pop may seem perfectly smooth, there's actually very subtle texturing across the lower part of the sides for a more secure grip.

If you're all about that Hazel, the best slim, clear case to show it off is, without a doubt, the Ringke Fusion. The polycarbonate back adds stability and durability, while flexible TPU bumpers and corner cushions help absorb impacts and grip the 7 Pro's edges better. If you're more after Google's first-party cases' frosted looks, this Matte Clear version offers it in spades while still protecting your Pixel much better than Google's case. If you prefer Crystal Clear, Ringke has that option, too.

The Kleenex of the case world, Otterbox is synonymous with durability and longevity. So, if you want a case to keep that Hazel cuter safe for the next five years, the Otterbox Defender Series. While we don't have an abundance of color options here, the “Blue Suede Shoes” with its dark Dijon mustard yellow accents looks absolutely wonderful. Getting this Pixel 7 Pro case locked in place around your new phone may take a little elbow grease, but once it's in, it's not going anywhere.

One of Spigen's most iconic and trusted designs, the Rugged Armor adds just enough grip and durability while keeping your Pixel 7 Pro as slim as feasible. The classic carbon fiber accents are still around the bottom for a smooth feel and some variety, while striped accents across the camera bar both add grip and help obscure its bump. You still get a slim but crucial lip around the camera sensors and the touchscreen, and air cushions across the interior should help it survive small stumbles.

This clear case knows how to take a beating, and the Poetic Guardian's unique accent colors help add some flair to the Snow and Obsidian Pixel 7 Pro. The black bumper and accented edges of the clear back panel can add a pop of neon blue, green, or pink, or another ring of silver to let that shiny camera shine even more. This Pixel 7 Pro case comes with two front frames: one with a screen protector and one without.

If you prefer to kick it old school when it comes to phone protection — if newer, fancier designs just feel awkward to your hands — Tudia's Merge Series offers up the retro two-layer support your Pixel 7 prefers. We're getting more colors this year and some very subtle sculpting of the sides for added grip on the 7 Pro's curvy edges, but the solid build quality feels excellent in hand and will hold up for years to come.

The Pixel 7 Pro's frame and camera bar are just so incredibly shiny that they can be downright distracting, so I'm grateful to cases like the Evunnbc that cover as much of it as possible. Not only will it hide any scratches your 7 Pro may pick up, but you also won't have to worry about blinding family members or messing up photos with that bar's crazy light reflection. The bumper comes pink, blue, black, and clear — though clear somewhat defeats the purpose.

Urban Armor Gear has been kind of stingy with colors when it comes to Pixel phones since the Pixel 4, but this year it's giving us a choice other than black. Calling it Olive Drab isn't doing it any favors, but the forest green here pairs excellently with all three frame colors for the Pixel 7 Pro. Of course, black goes with everything. UAG's trademark honeycomb air cushioning is concealed inside, and the slight curvature to the back helps ground the Pixel 7 Pro better in your hand.

If you wished we'd had a little more color in our Pixel 7 Pro options besides green — I would kill for another bold blue Pixel — then this affordable two-piece case can add some cool hues and 10-foot drop resistance. The blue and green look fetching, but the Purple, with its soft gray inner sleeve and silver buttons, is just darling. The back's texture can be a bit of a “love it or hate it” situation, but the faux woven pattern of it reminds me of when Pixels still had those lovely fabric cases.

The Pixel 7 Pro and its slightly curved screen look great, and while the backplate isn't nearly as curved as the downright slippery Pixel 6 Pro, this is still a super-sized phone that can feel a bit unwieldy at times. While drop protection and style are great perks of getting a case, what the 7 Pro needs more than anything is extra grip.

The Caseology Nano Pop adds grip while staying slim so as not to add bulk to an already sizeable device. The Ringke Fusion does the same while still letting you show off your Pixel 7 Pro's color — or lack thereof if you opt for Snow or Obsidian. The Nano Pop is my go-to case for how comfortable it feels in the hand, and both the Avo(cado) Green and Blueberry Navy colorways pop amongst a field of single-shade cases.

For more serious protection, I'm usually one to go with Supcase, Poetic, or UAG. Still, the colors on the Otterbox Defender Series are quite enticing, especially if you're buying the Hazel Pixel 7 Pro. The color matching here looks good, and while the blue here is much darker than the green of Hazel, it still looks like a million bucks if you can justify the price. If you can't, Poetic and the Tudia Merge Series DualShield have you covered.

If you're wondering where the official Google case is for the Pixel 7 Pro, we're not including it this year until we can test it out firsthand. Its Pixel 6 Pro cases were a complete disaster, and while Google swears they've learned from those mistakes, we'll believe that when it lasts more than a month without slipping off, discoloring, or warping enough to get the phone scratched.