AMD Scores EPYC Supercomputer Win As Frontier Smokes The Competition To Stay No. 1 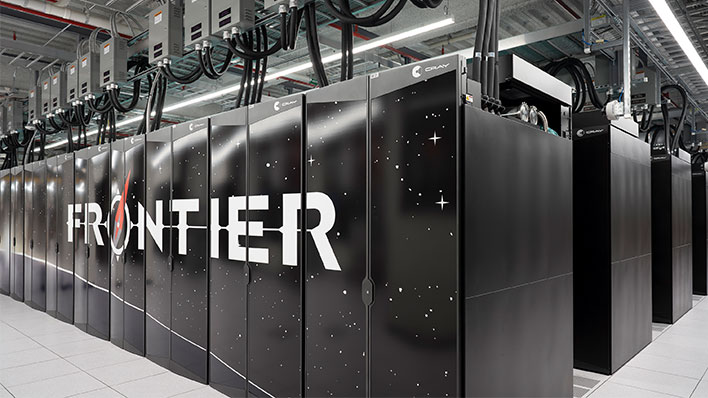 The latest rankings are in for the Top500 list of the 500 fastest supercomputers in the world, and Oak Ridge National Laboratory's Frontier system powered by AMD EPYC hardware is still in front of the pack. That's not surprising, given that Frontier took pole position when it went online just shy of six months ago. However, it's likely to remain in the No. 1 position for a long time to come.

“Frontier is the clear winner of the race to exascale, and it will require a lot of work and innovation to knock it from the top spot,” Top500 stated in a press release announcing the 60th edition of its supercomputer rankings.

The AMD-powered supercomputer is based on the HPE Cray EX235a architecture and boasts a bevy of 64-core 3rd Gen EPYC 7a53s ‘Trento' processors that are optimized versions of ‘Milan', based on Zen 3. More precisely, there are 9,727 EPYC processors sitting pretty inside Frontier, providing a whopping 606,208 cores of Zen 3 muscle. 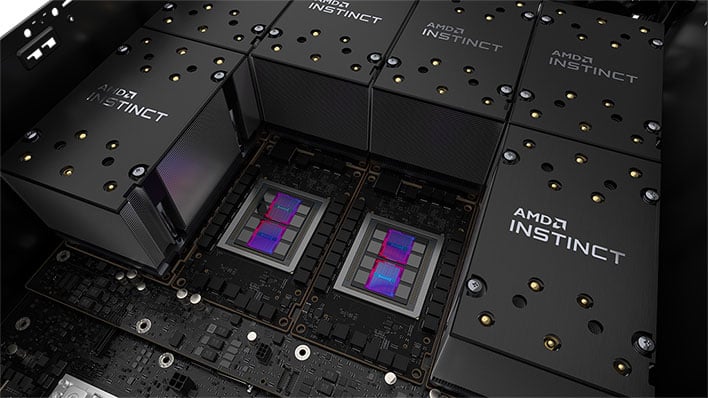 Frontier also boasts 37,888 Radeon Instinct MI250X GPUs. So between the CPUs and GPUs, the supercomputer has access 8,730,112 cores, with a power efficiency rating of 52.23 gigaflops per watt.

All of this impressive hardware combines to deliver an HLP score of 1.103 EFlop/s. That's the same as it was back in June of this year, though even without moving the needle in the past several months, that's still nearly three times higher than the Japan's Fugaku supercomputer, which ranks No. 2 on the updated Top500 list. And incidentally, Fugaku had been in the No. 1 spot for two consecutive years before Frontier went online.

“Frontier’s near-tripling of the HPL score received by second-place winner is still a major victory for computer science. On top of that, Frontier demonstrated a score of 7.94 EFlop/s on the HPL-MxP benchmark, which measures performance for mixed-precision calculation,” Top500 said.
AMD hardware powers two of the top three supercomputers in the world (Frontier at No. 1 and Lumi at No. 3). That said, the one supercomputer to crack the top rankings—Italy's Leonardo at No. 4—pairs Intel's 32-core Xeon Platinum 8358 processors with NVIDIA's A100 SXM4 40GB GPUs.