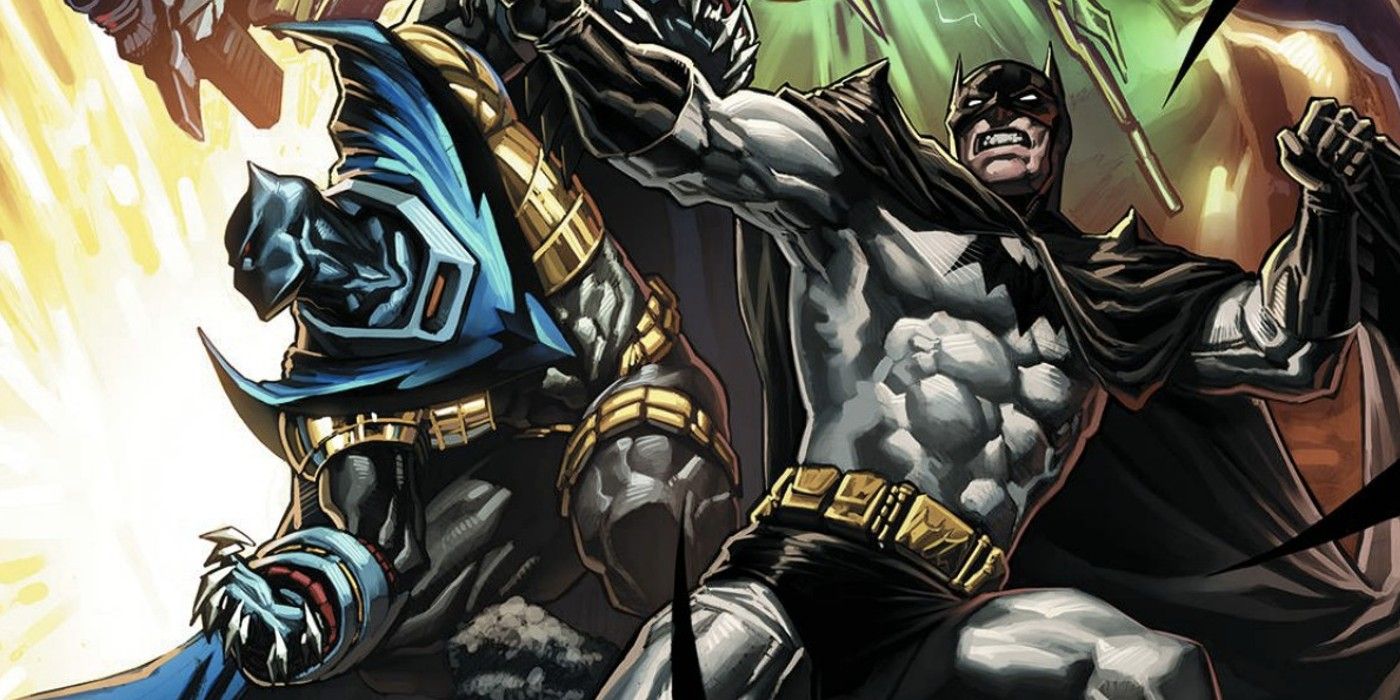 The classic Knightfall storyline featured Bruce Wayne stepping down while an edgier, darker Batman took his place, but DC Comics always intended it to fail in order to teach fans an important lesson.

In the 1993-94 storyline, it's Bane who literally breaks Batman by shattering his spine, but DC Comics takes things a step further by introducing an unworthy and unhinged successor to the cape and cowl. Despite Robin’s insistence that Nightwing is the obvious choice, Bruce instead chooses to hand the Batman mantle over to Jean-Paul Valley, the vigilante Azrael, who was born to serve under the Order of St. Dumas, a secret religious organization. Jean-Paul rejects the Order’s demands for violence and joins the Bat-Family. However, the former Angel of Death struggles to combat his inner demons. From a young age, Jean-Paul was trained by “The System,” a program of subconscious psychological conditioning to ensure his compliance. The role of Batman temporarily quells the voices in his mind, but his violent nature slowly emerges with devastating consequences.

The Knightfall crossover event launched with Batman #492written by Doug Moench and illustrated by Norm Breyfogle, during a time when fans were asking for a more violent Batman like Marvel’s Punisher or Wolverine. In the 2019 book Batman: The Definitive History of the Dark Knight in Comics, Film, and Beyond by Andrew Farago and Gina McIntyre, Detective Comics artist Graham Nolan says this story was meant to show fans “why that was a bad idea and to underline the fact that Batman's no-kill policy is what separates him” and makes him a better hero. Additionally, assistant editor Jordan B. Gorfinkel comments that story was criticizing The Dark Knight Returns' depiction of Bruce Wayne as a “dark, dangerous, unstable individual” by reminding fans that he is simply “a very good man who had a tremendous pain that drove him” to protect innocents.

Azrael Became An Even Darker Knight

Azrael's new, brutal version of Batman operates in a constant state of dishonorable aggression without any concern for innocent bystanders. An encounter with Scarecrow in Shadow of the Bat #18written by Alan Grant and illustrated by Bret Blevins, reveals that “The System” can override any emotion that conflicts with Azrael’s mission, even at the cost of Jean-Paul’s humanity. As Batman, he chooses to ignore the plight of a young boy plummeting to his death and instead savagely beat Scarecrow into unconsciousness. Fans get what they thought they wanted: a psychotic Batman who kills his foes and believes that the ends justify the means. Jean-Paul’s incarnation of Batman, nicknamed “AzBats,” replaces the Dark Knight’s standard gadgets with razor-sharp projectiles, battle armor, and rocket-powered tank.

The Batman Fans Deserve vs The Batman Gotham Needs

When Bruce inevitably returns to Gotham to reclaim the role of Batman, he is shocked and disgusted by his handpicked successor’s increasingly violent behaviors. Readers too felt that “AzBats” had more than overstayed his welcome, but that was always the plan. According to writer Chuck Dixon:

“We were going to show fans that their idea of a perfect Batman was wrong, and boy did we show them. And that was the plan. We really wanted to convince readers that this change was permanent. We were even going to keep it going six months longer than we did. But the reaction to AzBats was causing sales to slide dramatically. They missed Bruce Wayne. We missed Bruce Wayne.”

The Knightfall story was created to prove to fans that Batman shouldn’t kill, but ultimately DC Comics may have done its job too well.

Next: The DCEU Officially Reinstates Batman's ‘No Kill' Rule

Source: Batman: The Definitive History of the Dark Knight in Comics, Film, and Beyond by Andrew Farago and Gina McIntyre