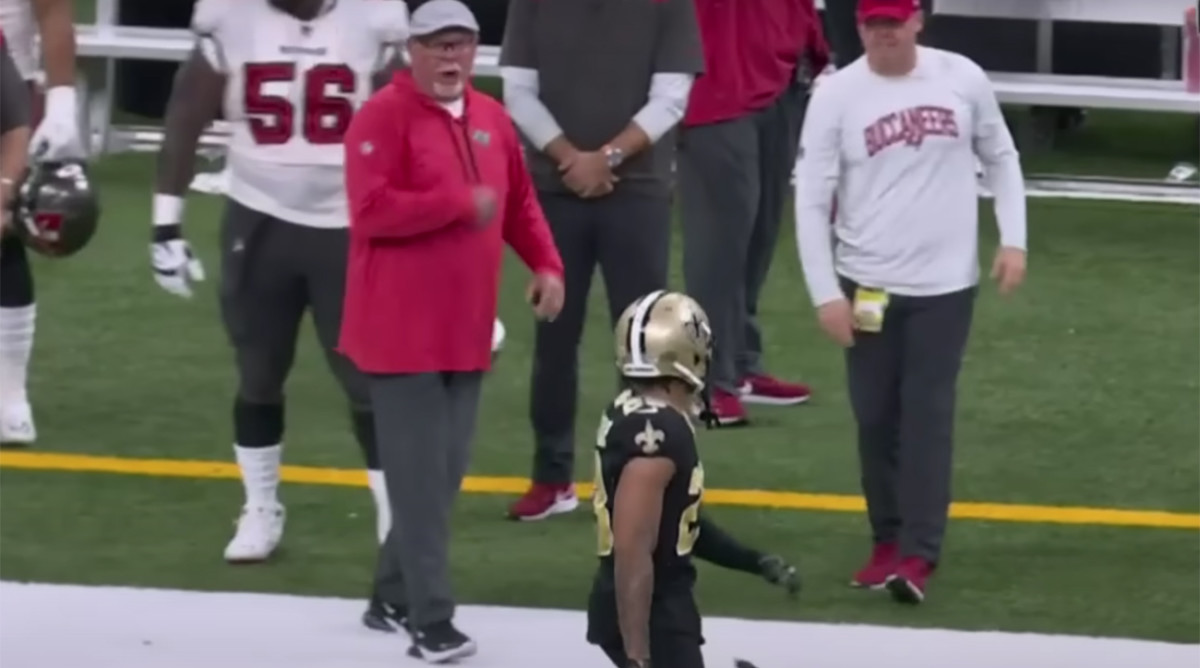 Before a brawl broke out between the Saints and Buccaneers on Sept. 18, cameras caught former Tampa Bay coach Bruce Arians on the sidelines screaming at Saints defensive back Marshon Lattimore. Right after that, Buccaneers wideout Mike Evans punched Lattimore, causing the brawl.

In an interview with The Athletic’s Dan Pompei, Arians explained what happened from his point of view and what he said to the New Orleans defensive back.

“It was a bad call and I was chewing out the referee like I was chewing him out the first three quarters,” Arians said. “It wasn’t like nothing new. Then Marshon came by. I told him he was holding. He said he thought the pass was uncatchable. Bulls—. And then the melee started.”

After a Saints stop, Lattimore was seen chirping at the Buccaneers sideline and Arians responded, as did Tom Brady. Brady and Leonard Fournette got in Lattimore’s face and the running back shoved Lattimore. Seeing this, Evans came running in and hit Lattimore, leading to the massive brawl. Both Lattimore and Evans were ejected and Evans served a one-game suspension.

Arians subsequently received a warning letter from the NFL. After the game, coach Todd Bowles explained that Arians was on the sideline because the Saints didn’t have a box for the staff. So all the people who were usually upstairs were downstairs on the field. Arians retired this past offseason and is serving in an advisory role with the Buccaneers.