How to Beat Wyvern (Boss Fight) 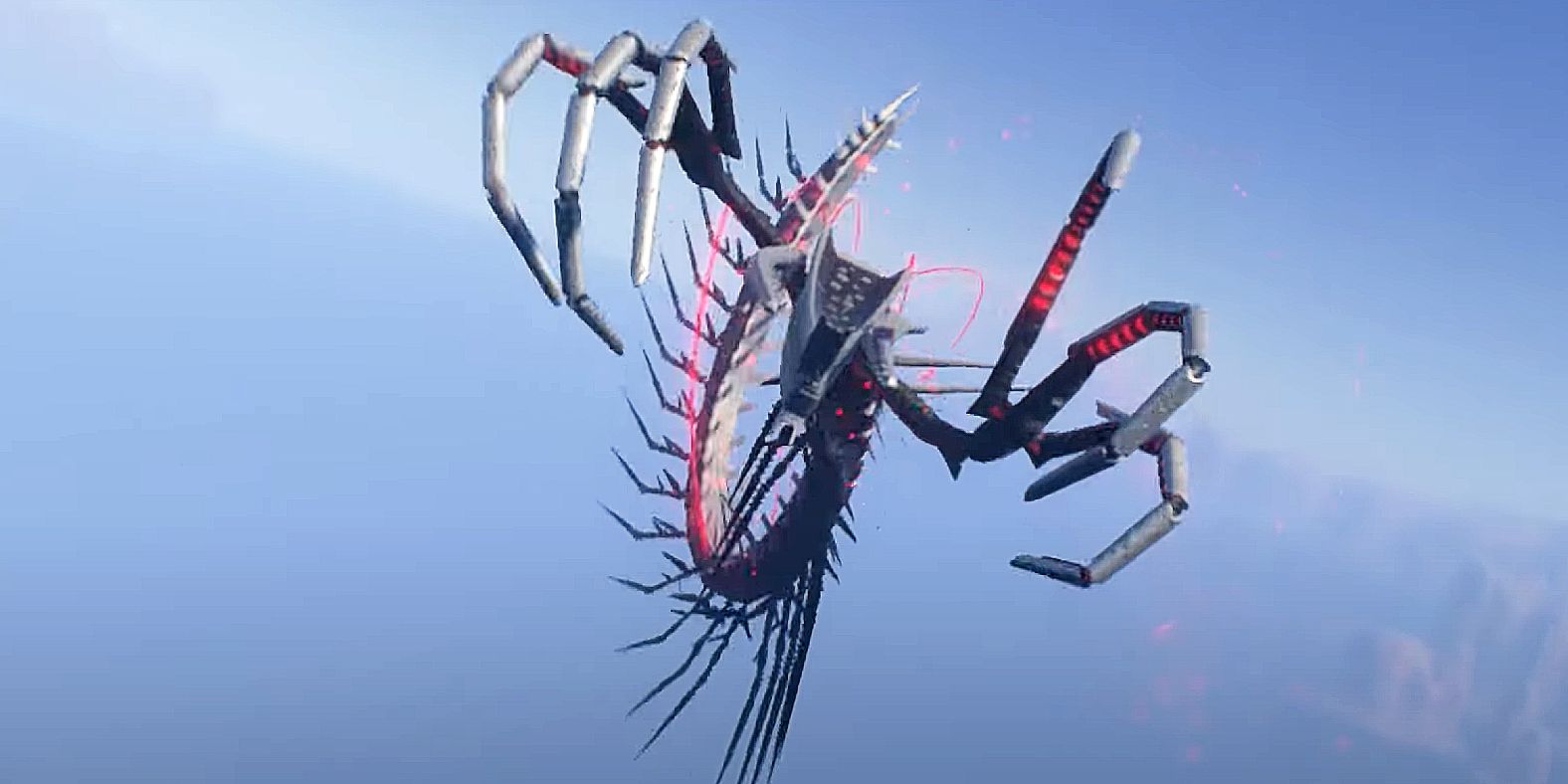 Wyvern swoops in as the second boss in Sonic Frontiers to bring terror from above and destroy the hedgehog. Sonic Frontiers has epic boss battles with an intense soundtrack to get the player's blood flowing. Wyvern is a sizable dragon-like robot with three long claws on each hand. Wyvern terrorizes Sonic from the first time he enters Ares Island. Ares Island is a desert-style map where Sonic is trying to free Knuckles and complete tasks. Sonic Frontiers gets away from the strictly traditional platform-style game and opens up to an action-adventure combat game. To advance through the game, the player has to collect Chaos Emeralds and use them to transform to fight Titans like Wyvern.

Sage, the young antagonist of the game, sends Wyvern after Sonic when the player collects the blue Chaos Emerald. Sonic Frontiers boasts the most content of any Sonic game, and the ongoing threat of Titans in the vast maps is part of that. Sonic doesn't stand a chance in his standard form, so he has to run for his life in his first encounter with Wyvern. The player will have to go through a short obstacle course where missiles come from above, and spikes are on the ground. To beat Wyvern, the player has to get to him by solving the Color Match Puzzle and get through phases one and two of the boss fight.

Related: How To Get (& Use) Purple Coins in Sonic Frontiers

To get to Wyvern, the player has to clear the Color Match Puzzle. It's a crane game with stones and ports with colors on them. To control the crane, climb the green and black walls and interact with the control center. Then, move the crane over the stones and put them down in the corresponding color ports. This puzzle is much less challenging than the previous Island mystery on Kronos Island, so it shouldn't add much to how long it takes to beat Sonic Frontiers. Once the puzzle is complete, a cinematic with Knuckles will start, and the player can go through the cave and fight Wyvern.

To start the boss fight, head to the top of the large tower near where Wyvern is flying. The simplest way to climb the tower is by grinding on the railing and following that route to the top. The mechanical beast will circle Sonic, and the player has to jump toward it and grab on when prompted. A cinematic of the Wyvern flying and shooting projectiles through the air will start as the Titan sends Sonic flying into the air. Wyvern has created a red digital runway in the sky for Sonic to run on. Sonic is automatically running, so the player needs to worry about moving left and right to avoid the fireballs coming at Sonic. It will be worth the run when Sonic transforms into Super Sonic to take out the boss. Sonic can't fall off, so move left and right and use the action button when prompted. Continue looping around until Sonic is close enough to the Wyvern to jump on its back. From here, grab the Chaos Emerald, transform into Super Sonic and prepare for the real battle ahead.

Super Sonic doesn't take any damage; this fight is on a timer with Sonics Rings depleting. Super Sonic gains the ability to fly, making this boss fight a high-elevation chase. Wyvern shoots large rockets at the golden hedgehog that will send him flying back and cost him valuable time if they land. To send these back at the Titan, hold down the parry buttons when they are heading towards Sonic. Sonic will send the rockets back at the foe, slowing it down and speeding up Sonic to get out in front of it.

This isn't Fire Emblem Warriors Three Hopes, where players can ride Wyverns; this monster is for fighting only. From here, Wyvern will swipe at Sonic with a big swing that sends the hedgehog backward. The boss telegraphs the attack by spinning around and bringing his claw down. Hold down the parry button to send the Wyvern reeling and open it up for enormous damage. Super Sonic can do a Super Combo to do massive damage. Before doing the Super Combo, hit the Wyvern with several Sonic Boom and Homing Shot abilities. Depending on Sonics' level, it should only take a few of these big shots to bring Wyvern's health down to half and start the second phase of the battle. The Special combos in Sonic Frontiers are similar to the dramatic finishers in Dragon Ball Fighterz.

A cinematic will start, and Wyvern will grow red tubes all along its body that fire our energy rings. Sonic will have to contend with pulse rings and rockets firing at him as he pursues Wyvern. Wyvern will also use a quick attack where it spins in a circle and whacks Sonic away with its tail, sending him flying. The Wyvern will also try to close its jaws around Sonic; when it does, use Spin Slash to counter.

The second phase brings in quick time events for Sonic to contend with. First, the boss will curl itself into a circle firing a barrage of rockets at Sonic. When this happens, a red ring will take over the screen with a slim white ring pulsing out to it. The player will be familiar with this Quick Time Event (QTE) because it's the same as fishing in Sonic Frontiers. To activate this QTE click the button when the white ring is inside the red ring. Sonic will bunch up the rockets and shoot them back at the foe. After this prompt, Wyvern will go into a berserker-biting mode with pulse rings flying everywhere. Get in close and use Spin Slash to deal damage to its head. Now it's time for the final push and a last attempt from the boss to beat the hero. Wyvern will turn itself into a rocket for another attack. Sonic will throw it back and evade a few missiles before heading to the beast's jaw, where the player has one more Quick Time Event to send the rockets down Wyvern's throat and explode it into oblivion.

Super Sonic heads back to the ground for a pep talk from Knuckles. With Wyvern defeated, Sonic will move on to Chaos Island for the next Titan boss fight against Knight. Sonic Frontiers might be a series classic, and the big boss battles make it stick out, but with the right strategy, the red-shoed hero speeds through the Titans and saves the day in Sonic Frontiers.

Where To Find Mirror Herb in Pokémon Scarlet & Violet

How to Buy McDonald’s Shares and Benefit from Dividends