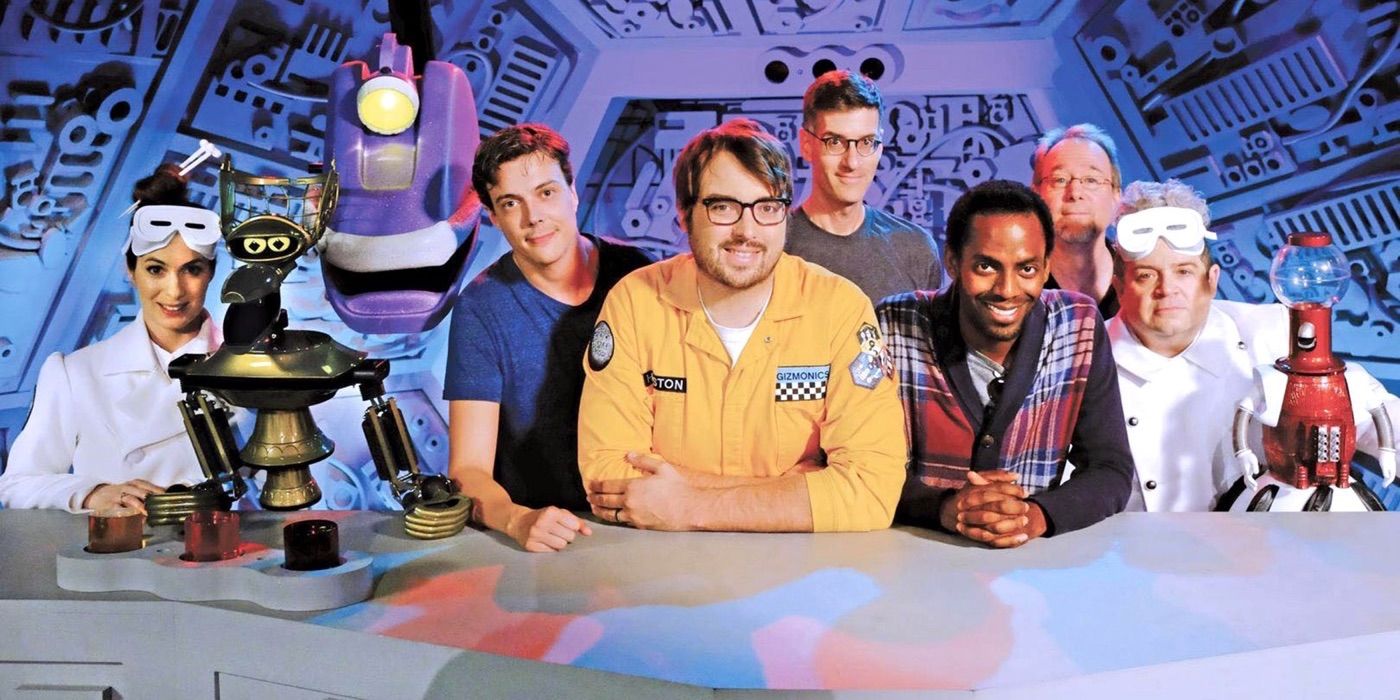 In the not-too-distant future, next Thursday A.D., Mystery Science Theater 3000 will stream its annual Turkey Day marathon of classic episodes – and this year, it's bigger than it has been in nearly thirty years. The movie-mocking cult show will stream ten episodes, instead of its usual six, on Thanksgiving Day.

The show made the announcement via Twitter today, in a trailer narrated by Penn Jillette. This year's marathon will be the first to be released on the Gizmoplex, the new streaming platform that was used to release this year's thirteen-episode 13th season of MST3K; it will also be available on Twitch, and YouTube. The trailer also features a rundown of the classic episodes that will be included in the marathon: The Sword and the Dragon, The Starfighters, Catalina Caper, The Horror of Party Beach, Santo in the Treasure of Dracula, Beyond Atlantis, Warrior of the Lost World, City Limits, Parts: The Clonus Horrorand Mitchell.

The Turkey Day marathon began in 1991, when MST3K was still airing new episodes on Comedy Central. The marathons ran annually until 1995, when the show departed for Sci-Fi Channel; Sci-Fi did air one Thanksgiving marathon of the show in 1997, but the tradition otherwise lay fallow until 2013, when Shout Factory, which had acquired the home-media rights to the show, revived it by streaming six classic episodes every year. This year's episodes were decided via an online fan vote.

Mystery Science Theater 3000 began on local Minneapolis TV station KTMA, with the simple concept of a human and his two wise-cracking robot friends imprisoned on a space station by mad scientists and forced to watch terrible b-movies as part of a nebulous experiment. The viewer watches along with them as they attempt to maintain their sanity by cracking jokes through the often-interminable on-screen action. The show became a cult hit, surviving moves to Comedy Central and the Sci-Fi Channel, and the change of human host from Joel Hodgson to Mike T. Nelsonand even spawned a theatrical film in 1996. Canceled in 1999, the show was revived in 2017 via Kickstarter for two seasons that streamed on Netflix with new host Jonah Ray and new mad scientists played by Felicia Day and Patton Oswalt. The show subsequently returned to life once more in 2022, via its own crowdfunded proprietary streaming platform, the Gizmoplex.

The 2022 MST3K Turkey Day marathon will begin streaming on Thursday, November 24 at 7 AM EST. Stay tuned to Collider for not-so-distant future updates. Check out the new trailer below: