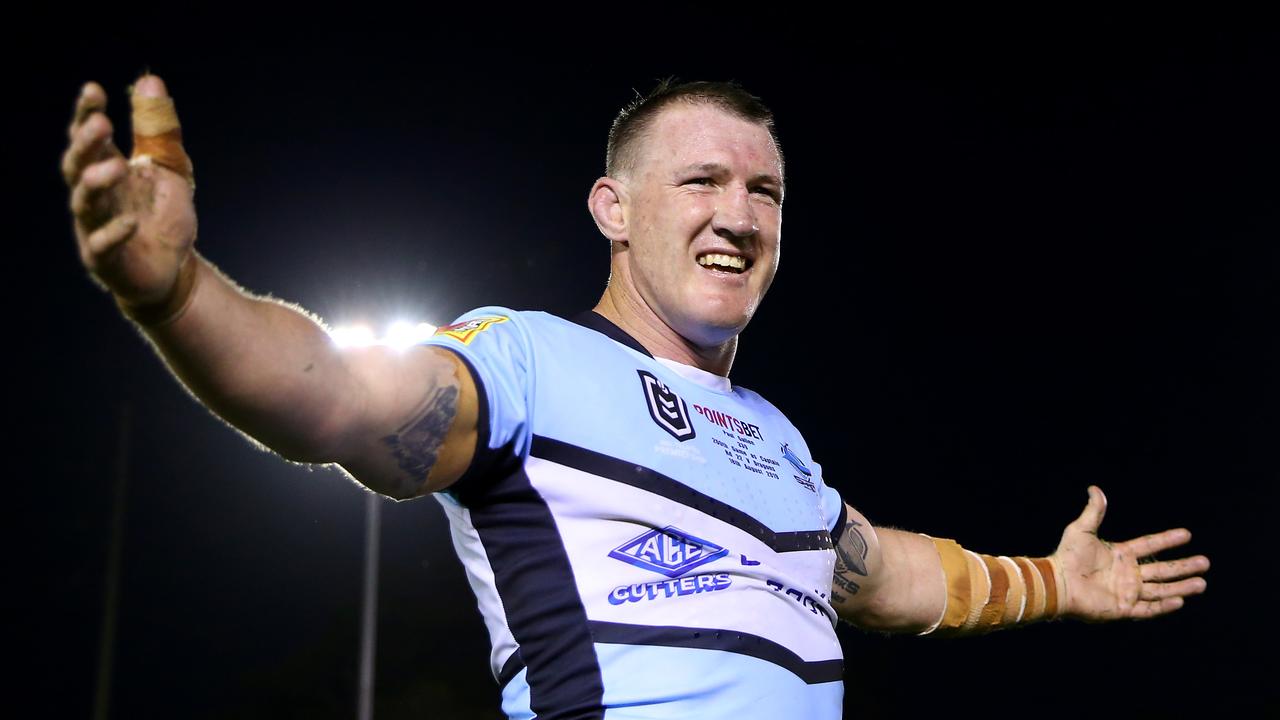 On the eve of the final chapter in his 23-year professional sporting career, Paul Gallen has opened up on an all-time spray from a rugby league legend that saved his career.

Gallen sat down with Fox League’s Michael Ennis ahead of his final boxing fight against Justin Hodges to reflect on his career and admitted he never would have reached the heights he did were it not for a brutal conversation with Ron Massey.

“I’ve never really worried too much about what other people think of me,” Gallen told Ennis when asked if he enjoyed the adulation in boxing that he didn’t get in rugby league due to being a polarising figure.

“As an athlete and as someone who is successful in anything in life, you can’t really ever worry about what other people think of you.

“So I have never really worried about it, but it definitely is nicer now compared to what it was in rugby league.

“I never meant to or tried to be the guy that people hated, but I was just so competitive and I did it at all costs. At the time I overstepped the mark.”

WC FINAL: Inside the rise of a sleeping rugby league giant after an angry declaration

ELIGIBILITY: Samoa’s stunning WC rise and what it means for NRL eligibility

Gallen revealed his and his father’s excitement when Ricky Stuart organised for Gallen to meet with rugby league royalty in Massey, but things didn’t go anywhere near how he expected.

“It wasn’t until I had a conversation with Ron Massey,” Gallen recalled of his career turning point.

“I can’t remember what year it was, but I remember going to this old bloke’s house and Ricky Stuart said, mate just cop whatever is coming.

“I was really excited to go and see this old bloke. I remember telling my dad I was going to go see him and he was so pumped. He said, mate he is Jack Gibson’s right-hand man.

“Ricky looked at me with this funny look and said, mate just cop whatever is coming at you.

“I was just like, OK what is going to happen here.

“I walked in and he looked 100. He sits me down and said, you are the biggest soft c**k I have ever seen.

“That was the defining moment in my whole career and my life I think.

“I realised that to be competitive and to want to win, you don’t always have to do stupid things and that probably saved my career to be honest.”

Gallen revealed he twice had the chance to leave the Sharks to join Manly in his career and the Sea Eagles won premierships the next year both times, but he counts his loyalty to Cronulla and winning the club its maiden premiership the best achievement of his career.

“It meant absolutely everything,” Gallen said.

“Probably not early in my career. When you are a kid you just want to play first grade and it is a dream come true.

“But you reassess your goals over the years a long the way and I had a big opportunity to leave the club a couple of times.

“But when I signed my big contract in 2011, I promised myself that I was going to win a premiership at the Sharks. You are going to win it.

“Then the shit hit the fan for the next couple of years and it didn’t look like anything was going to happen to be honest.

“I said, righto you are going to be here when the club wins its first premiership. If not as a player then as a coach or something.

“Then things started to turn around. I remember making the phone call to Wade Graham and got him to the club. Jeremy Smith and all of a sudden Luke Lewis comes and Jimmy Maloney and yourself.

“Things started to look up and we got there in 2016 and it was the best thing I ever did in my career.”

Gallen revealed the reasons behind his decision to retire from professional sport, despite admitting he will miss the competitiveness that it brings to his life.

“I think it is time,” Gallen said.

“I’ve had a great time. When I was 18 and signed with the Cronulla Sharks, if you had of said I would be 41 and still fighting I would have laughed at you.

“To achieve everything I did in rugby league and now move on to boxing, I have had a fantastic time and I don’t think I could have done anything else to be honest.

“I am really happy and satisfied with it. There just comes a time in life when you probably have to put other people first, particularly your family and I’m look forward to the rest of my life and what is next.”