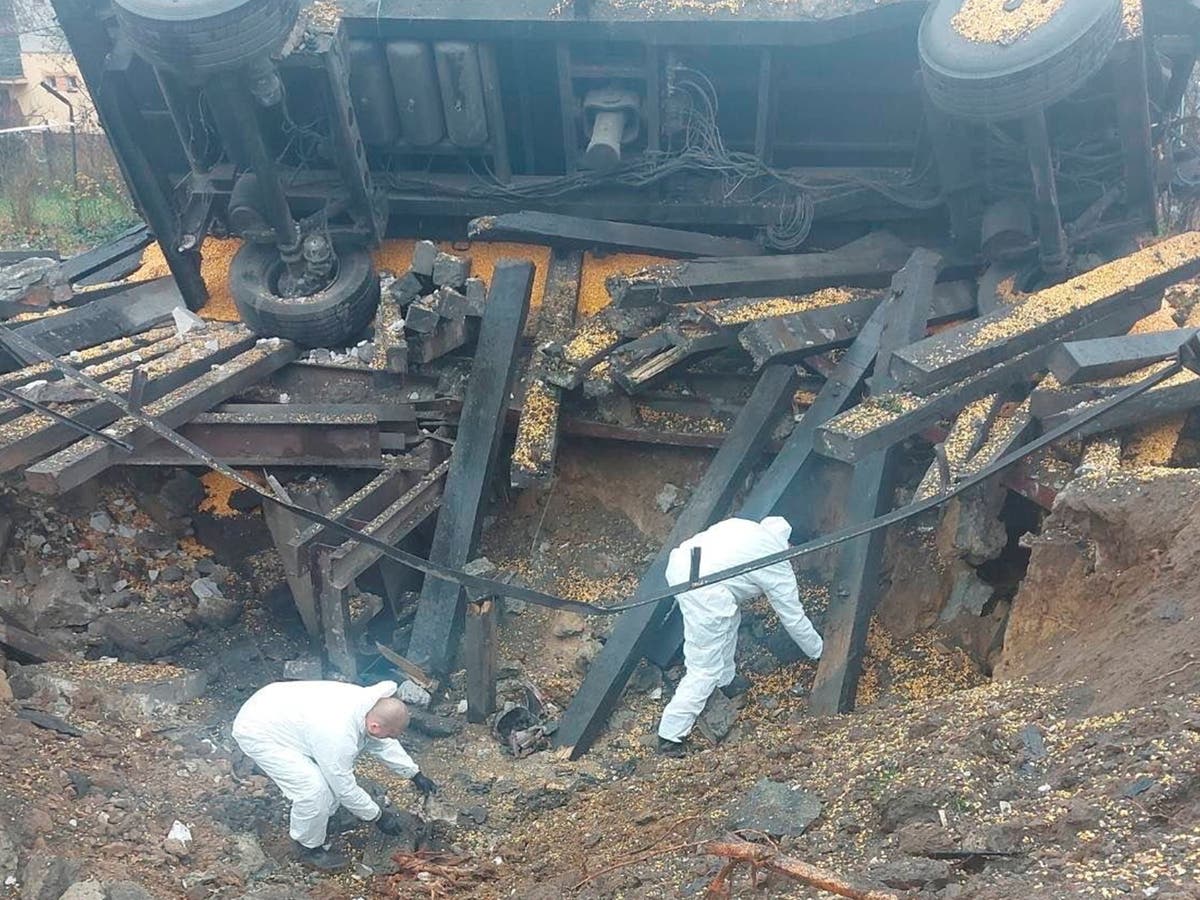 Poland’s president said a missile blast that killed two people near its border with Ukraine appears to have been an “unfortunate accident’’ not an “intentional attack’’.

The strike was feared to have been from Russia, raising the possibility that Poland, a Nato member, would invoke the collective defence clause of the world’s most powerful military alliance.

Speaking at a press conference on Wednesday, Polish prime minister Mateusz Morawiecki said Warsaw may still call the North Atlantic Council for discussion of the incident, thought was not sure this would be necessary.

“There is no indication that this was an intentional attack on Poland … it was not a rocket aimed at Poland,” Polish President Andrzej Duda added.

Russia had denied launching the strike, after early press reports carried remarks from a senior US official pointing the finger at Moscow.

The Kremlin denounced the reaction of Poland and other countries to the incident as “hysterical” and, in rare praise for a US leader, hailed the “restrained and much more professional” reaction of President Joe Biden.

Mr Biden earlier on Wednesday said it was “unlikely” Russia had fired on Poland, while a Nato source told Reuters the president told allies at the G20 that the missile that crossed the border was Ukrainian.

US officials said preliminary assessments suggested the missile was fired by Ukrainian forces defending against a wave of Russian air strikes on electrical infrastructure.

Poland had said the missile was most likely Russian-made, while some western leaders said that Russia was ultimately repsonsible, whoever fired the missile.

Britain’s prime minister Rishi Sunak and his Canadian counterpart Justin Trudeau agreed “whatever the outcome of that investigation, Putin’s invasion of Ukraine is squarely to blame for the ongoing violence,” Downing Street said after a meeting between the pair in Bali, echoing comments by Italian leader Giorgia Meloni.

Nato secretary general Jens Stoltenberg also said the strike was not Ukraine’s fault. “We have to remember that this happened as Russia launched a wave of strikes on Ukrainian infrastructure,” he said at a press conference on Wednesday, adding: “Russia bears ultimate responsibility as it continues its illegal war against Ukraine.”

Kremlin spokesman Dmitry Peskov said the accusations were “another hysterical, frenzied, Russophobic reaction that was not based on any real data.”