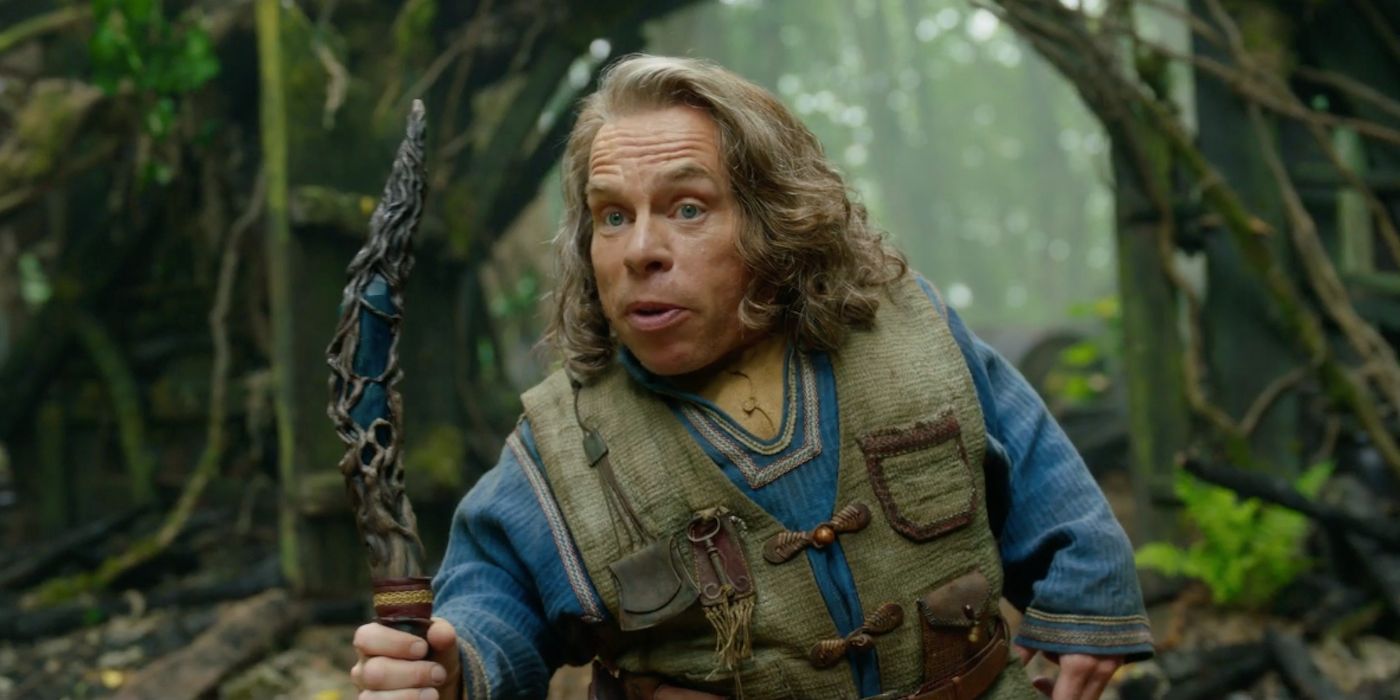 A newly released clip from the upcoming Willow television series sees Warwick Davis return as the titular hero, reuniting with Queen Sorsha's (Joanne Whalley) child. The new Disney+ show will be a sequel to Ron Howard's 1988 cult classic fantasy film of the same name and sees Davis reprise his role as Willow, a Nelwyn dwarf who aspired to be a powerful sorcerer. The original Willow saw the hero set off on a quest to deliver a mysterious baby, Elora Danan, back to her people after she washed ashore in his Nelwyn village. With the evil Queen Bavmorda (Jean Mars) believing that the child is prophesied to end her reign as ruler, she seeks to destroy the baby, setting Willow on a collision course with destiny.

Lucasfilm now releases the first clip from the upcoming Disney+ series, Willowwhich shows Davis return to his iconic role and reunite with Sorsha's child. In the scene, Princess Kit Tanthalos (Ruby Cruz) introduces herself as the daughter of Sorsha and requests Willow and his magic to aid her on her quest to find her captured brother Airk (Dempsey Bryk). Check out the clip below:

What The New Willow Clip Reveals About The Show

The first Willow clip shows Kit attempting to recruit Willow to join her ragtag team of capable allies: Jade (Erin Kellyman), Kit's best friend and knight-in-training; Dove (Ellie Bamber), a kitchen maid; Graydon (Tony Revolori), a scholar; and Boorman (Amar Chadha-Patel), a criminal who embarks on the quest as a way to his freedom. Although not much is revealed about Willow, he is shown as confident, a big change from his more anxious and timid character in the original film. The decades since have likely afforded Willow the time to improve his skills with magic, allowing him to become a formidable ally in Kit's quest.

In the video, Willow proves knowledgeable about the world around him, no longer cut off from the vast magical realm in his secluded Nelwyn village. He informs Kit and her team of The Gales, a mysterious enemy who was employed by the Withered Crone to kidnap Airk from from Queen Sorsha's castle and took him to the Immemorial City that lies on the other side of the Shattered Sea. Although Willow offers no explanation of these places beyond their names, Boorman's fearful reaction to the mention of the Shattered Sea indicates the high stakes involved in Airk's rescue.

Although short, the Willow clip succinctly sets up the adventure to come while reintroducing the Nelwyn sorcerer to a new generation. It teases the scope of the series in Willow's summary of the journey that lies ahead and previews the new cast. However, the clip also remains coy about Elora's whereabouts since the events of the original film. With some speculating Dove is Elora in hiding, audiences will have to wait for answers when Willow premieres on Disney+ November 30.

Next: Willow TV Show's Marketing Points Out The Problem With Legacy Sequels