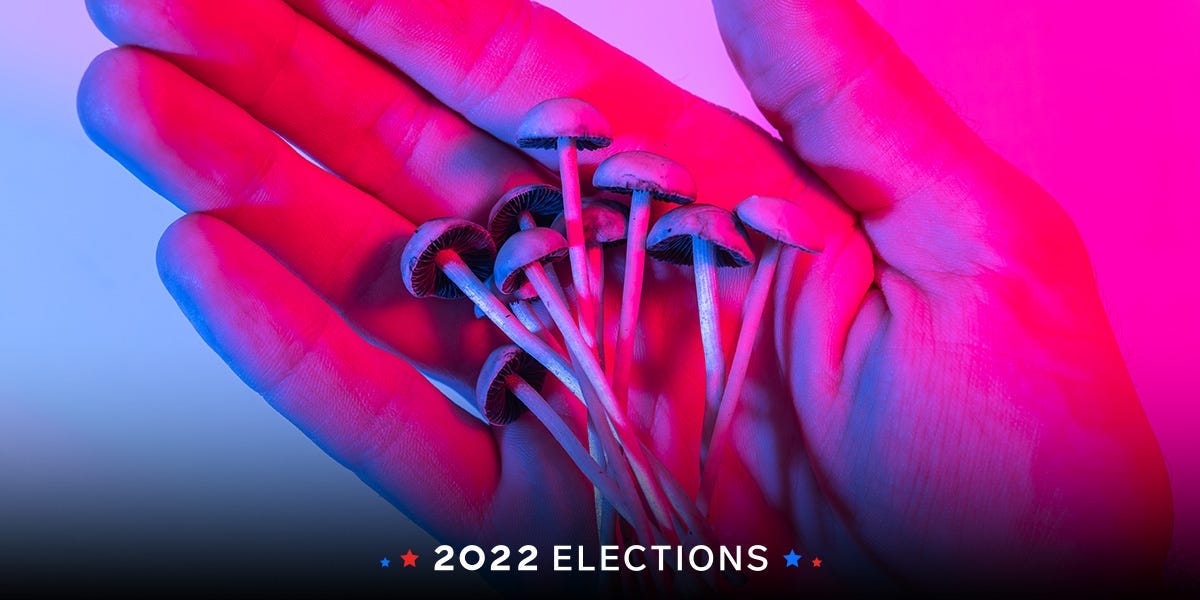 Coloradans voted “yes” on Proposition 122, also known as the Natural Medicine Health Act of 2022, which classified some psychedelics as natural medicine and decriminalized the transport, growth, and use of said medicines.

The state of Colorado was the first state in the country to legalize marijuana for personal use. In November, the state leaned further into its progressive roots and passed a statute that categorized the psychedelic drugs dimethyltryptamine, ibogaine, mescaline (excluding peyote), and psilocybin and psilocin as natural medicine under state law.

Psilocybin and psilocin immediately became categorized as natural medicine following the proposition's passage. The other drugs listed in the bill will be decriminalized after June 2026.

Previously, Colorado law categorized these psychedelics as schedule 1 drugs. This initiative was approved to be on the ballot in July.

Natural Medicine Colorado led the campaign in support of Proposition 122.

The coalition argued that the decriminalization of certain psychedelics will help with the state's mental health and addiction crises. The group cited research that shows the efficacy of psychedelics, combined with psychotherapy, that combats depression, anxiety, and other mental illnesses.

Those opposed said the proposition will pave the way for full legalization of these drugs, which will make it easier for kids to access them.

What experts are saying

As of September 2022, polling data showed that 41% of voters opposed Proposition 122, while 36% of voters supported it, and 23% of voters were unsure, according to a poll from Emerson College.

A similar measure in Oregon, which legalized the use and sale of psilocybin, passed in 2020.