Every Nintendo Power Issue In Full Color Is Available To Download But For How Long? 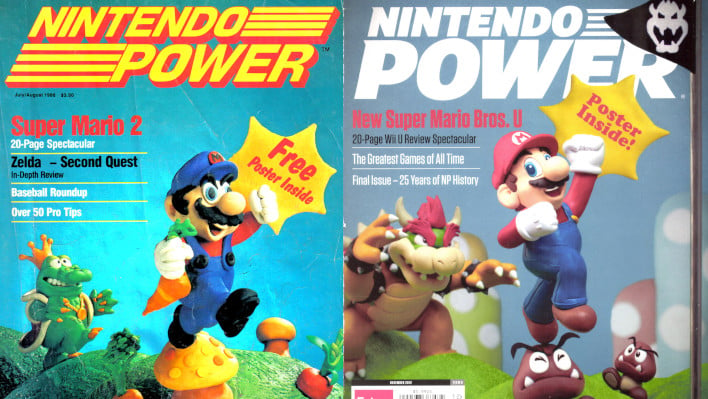 Gamers of the late 1980s, and all the way into late 2012, will no doubt remember the awesomeness that was Nintendo Power. If you, like many of us here at HotHardware, remember flipping through the pages of Nintendo Poweryou'll probably be excited to learn that high-resolution digitals scans of every single issue are now available on-line.

A collectible relic of a bygone era, Nintendo Power held countless game secrets and upcoming announcements related to Nintendo. Whether stuck on a particularly difficult level or you just wanted to learn about all of the cool games coming down the pipeline, Nintendo Power came through. Gamers could even write in and share their own opinions, and tips and tricks on their favorite (or least favorite) games. 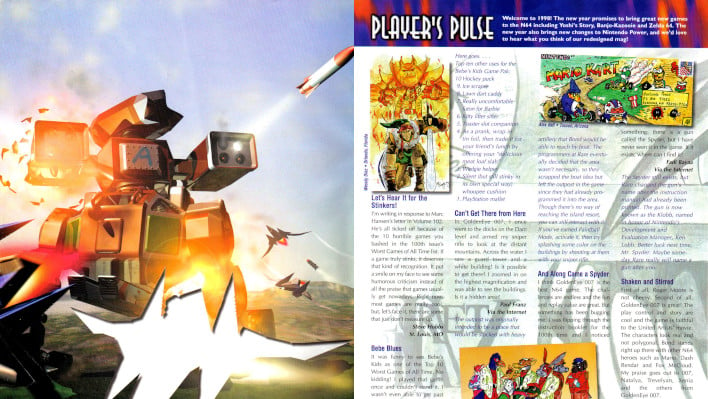 Scan of the inside of a Nintendo Power Issue

Every issue of the magazine was chock full of screenshots, early announcements, and previews of games that sometimes launched only in Japan. Some also consider Nintendo Power one of the key marketing devices designed to help lift the United States out of the video game market crash of the 1980s.

Thanks to the Internet Archive, as of this writing, everyone can enjoy almost 40GB and 285 issues of this glorious publication. That said, Nintendo has a history of not liking people freely distributing its products. Nintendo Power itself has been out of print for about a decade though, so there are obviously no new subscriptions being sold and no new issues being printed. If you search Google for “what did Nintendo replace Nintendo Power with?”, you'll hilariously get a result with large font that says “the Internet.” 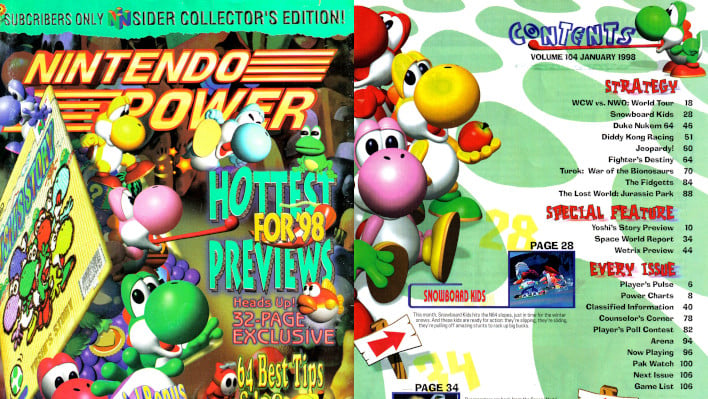 Scan of Yoshi's Story Cover and Contents from Nintendo Power

Yes, the internet has made most print publications like Nintendo Power obsolete, but it's still great to look back through this important gaming nostalgia, and we hope Nintendo allows The Internet Archive to keep it up for posterity.