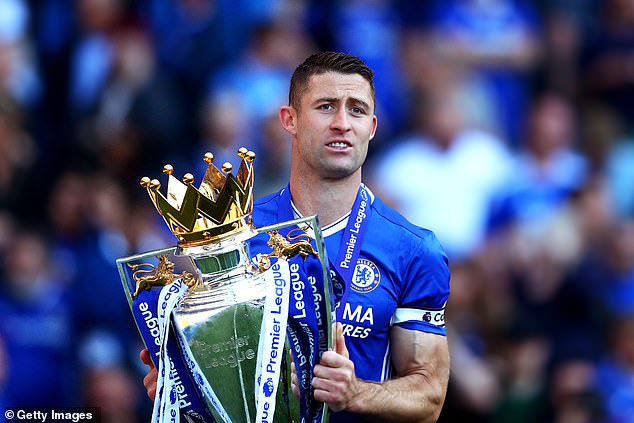 Chelsea legend Gary Cahill announces his retirement from football at 36, 10 months on from his last game for Bournemouth, after a career which saw him win every major trophy at Stamford Bridge

By Kieran Lynch For Mailonline

Former Chelsea defender Gary Cahill has announced his retirement from football at the age of 36.

The former England international who also played for Aston Villa, Bolton, Crystal Palace and Bournemouth confirmed the news in a post on social media.

Cahill's best success came at Stamford Bridge where he won every major trophy including the Champions League and Premier League. 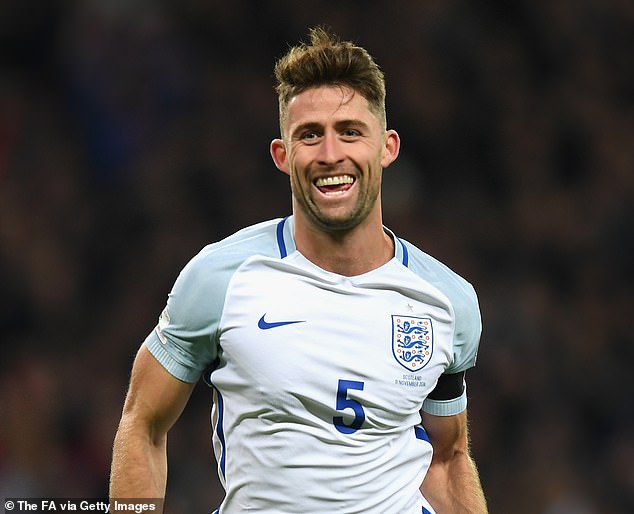 In his post he wrote: ‘Football is a game that has given me so much enjoyment and success and as I make the decision to hang up my boots, I can honestly say I gave it everything I had.

‘I've achieved things I once dreamt of, creating some incredible memories. From amazing highs like winning the Champions League and Premier League, to the privilege of captaining my country and Chelsea in an FA Cup winning team will remain with me forever.

‘I've also made some fantastic friendships with people across the football world, from teammates, managers, and the unsung heroes behind the scenes, I just want to say a massive thank you.

‘Taking the decision to stop playing is not an easy one. I've spent 20 years training every day, putting in the work to be in the best possible shape for matchday to help the teams I’ve played for be successful.

‘I’ve had time to consider my options and after much deliberation and reflection I feel now is the time to move on to the next stage of my career.

‘A special thank you must go to my amazing family who have supported me and been there every step of the way. I now have the opportunity to spend some quality time with them which is something I’m looking forward to.

‘Beyond that, football will always be part of who I am and what I love so this is just the end of this chapter. For me it’s important to look forwards not backwards as a new chapter in my life begins.'

Cahill spent last season at Bournemouth but failed to play during the final four months of the campaign after a red card in a defeat at Barnsley on January 29 that proved his last ever appearance.

In an interview with the Times, he said he is looking forward a ‘more normal' life. ‘I still feel, fitness-wise, that I can play, which is a bit annoying because when you see people who finish through injury I’m sure they are almost angry in some ways. But I don’t want to get myself into something I’m not committed to.

‘There’s a period of my life where I was hardly at home,” Cahill says. “That’s obviously fine because you want to achieve at club level and international. Now, to go and watch my daughter at gymnastics or watch my lad play on Saturday, things like that which you couldn’t do, the normal side to life, I’m enjoying.'

He began his career playing Sunday League football with AFC Dronfield before he was scouted and recruited by Aston Villa. 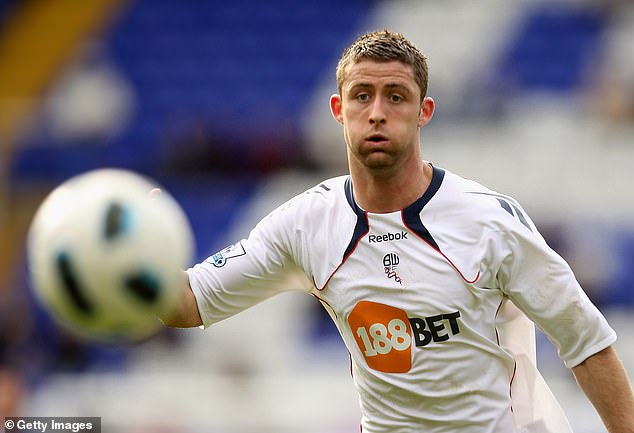 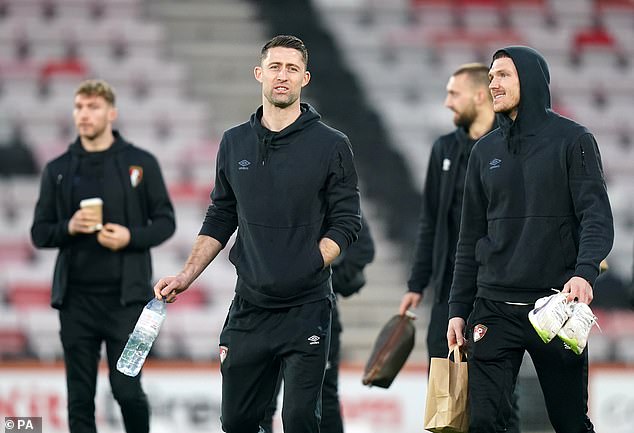 He made just 31 appearances in four years at Villa Park, while he was also sent out on loan at Burnley and Sheffield United.

The centre-back a Premier League regular when he joined Bolton in 2008, making 147 appearances for the side and receiving his first England cap in 2010.

His impressive displays at the heart of Bolton's defence led to him signing for Chelsea for around £7million back in January 2012.

Cahill made 290 appearances for the Blues, winning the Champions League in his first season as well as the Premier League in the 2014-15 and 2016-17 seasons.

After leaving Chelsea in 2019, he spent two seasons at Crystal Palace and spent the last campaign at Bournemouth and helped them return to the Premier League with promotion.

His retirement comes just a day after another former England international, Aaron Lennon, announced he was also hanging up his boots.