How the Women of Wakanda Forever Anchor the Movie 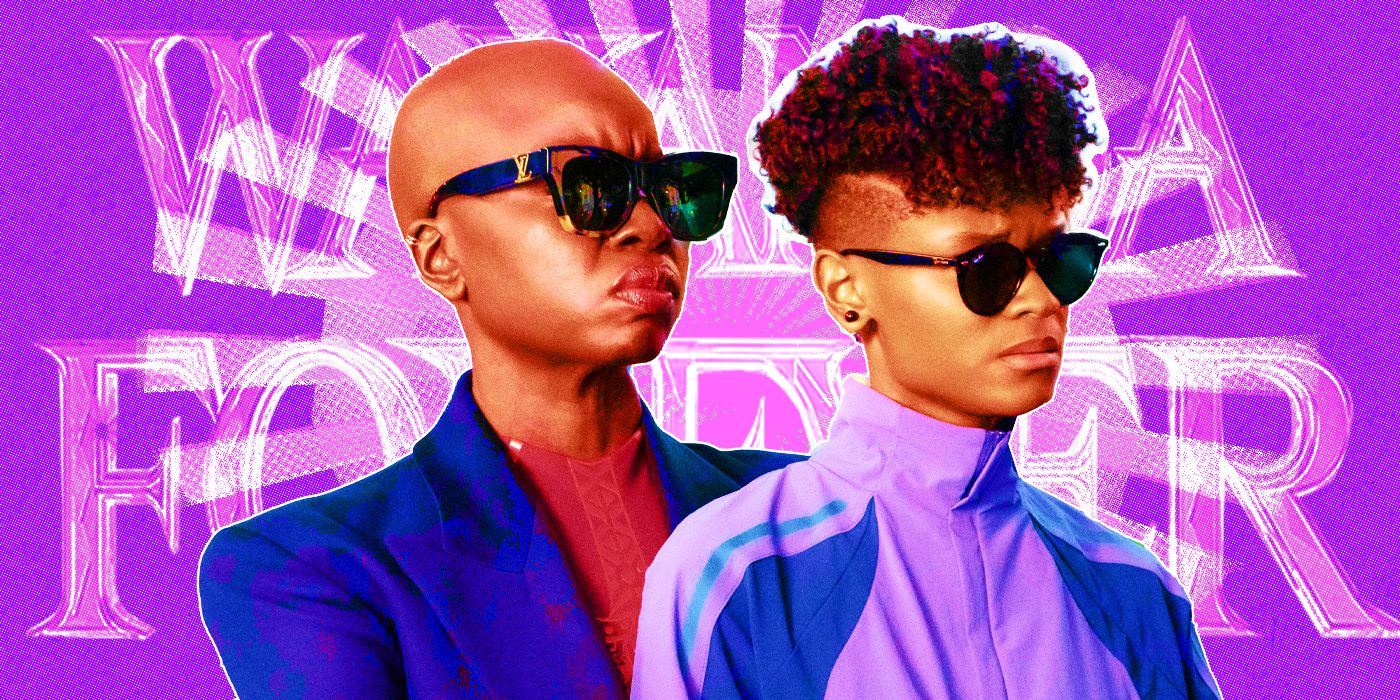 Black Panther: Wakanda Forever is a film that accomplished a great deal. Not only did it cap off Phase 4 of the Marvel Cinematic Universe, but it also serves as a beautiful tribute to the late Chadwick Boseman. Following in the footsteps of other Phase 4 projects, director/co-writer Ryan Coogler delivers a story that is grappling with loss and moving forward. And he chooses to do this by focusing on the various female characters within Wakanda — namely Princess Shuri (Letitia Wright), her mother Ramonda (Angela Bassett) and General Okoye (Call Gurira).

Early in the film, T'Challa falls ill and passes away, with his mother and sister mourning in different ways. Shuri throws herself into her work, barely leaving her laboratory. Meanwhile, Ramonda attempts to lead Wakanda forward while also dealing with other nations attempting to harness the power of vibranium. Eventually, they both encounter Namor (Tenoch Huerta Mejia), the aquatic monarch of Talokan. Namor seeks to find and kill the young inventor Riri Williams (Dominique Thorne), as she was responsible for inventing a vibranium detector that revealed the presence of the Talokanil.

Ramonda instead chooses to protect her, showcasing the inner strength and conviction that fueled T'Challa's time as king. And it's not the only time she does this. In the film's opening moments, she has a group of French mercenaries brought before the United Nations, bound and soundly defeated by the Dora Milaje. She then warns the other nations that future attempts to seize vibranium will result in harsher consequences. “We know what you whisper,” she says. “They have lost their protector. Now is the time to strike.” But it's clear from the situation that Wakanda is more than capable of defending itself without the Black Panther.

Ramonda is also allowed to show grief and anger, rather than just being a stoic figure. When Shuri surrenders herself, and Riri to the Talokani, the queen angrily strips Okoye of her title of general. And when Okoye pleads that she has given everything for Wakanda, Ramonda explodes, saying that her entire family is gone. It's a raw, volcanic display of rage and loss pouring forth, and Bassett puts her all into it. Ultimately, Shuri and Riri escape Talokan thanks to Nakia (Lupita Nyong'o) and Shuri reunites with her mother in an emotional moment. But it's all too brief as Namor attacks Wakanda, leaving Ramonda to drown when she saves Riri's life.

RELATED: ‘Black Panther: Wakanda Forever' Embraces Its Past by Running Full-Speed into the Future

Shuri Comes in to Her Own

It's the final straw in a long line of losses from Shuri. Earlier in the film, she admitted to Ramonda that she wanted to watch the world burn after T'Challa's death. That rage makes itself manifest when she enters the Astral Plane after taking a synthetic version of the heart-shaped herb that grants the Black Panther their abilities — and encounters Erik Killmonger (Michael B. Jordan). Killmonger points out that the rage burning within Shuri is similar to his, and that she should “take care of business” and kill Namor. But in the end, Shuri is able to convince the aquatic monarch to yield in battle, promising that she and Wakanda will help protect them. Finally, she heads to Haiti to burn the ceremonial robes she wore for her family's funeral, capping off an intensely emotional journey.

Okoye herself is tested both emotionally and physically. Though she's one of the most skilled members of the Dora, she finds herself struggling to hold her own against Namor's right-hand warrior Attuma (Alex Livinalli). Attuma not only possesses the same strength and regeneration that all Talokani do, but his weapon is strong enough to potentially break Okoye's arm. Okoye also chafes at breaking tradition, refusing to use any of Shuri's new weapons and chiding Aneka (Michaela Cole) for doing so. Yet when she's stripped of her status as general, Okoye turns to Shuri for help and dons the armor of the Midnight Angels. It's the final step in her journey toward learning that traditions don't always have to govern one's life and that there's more than one way to solve a problem.

Even Riri and Nakia have their own emotional journeys to work through. When absconding with Okoye and Shuri, Riri seems extremely protective of a car in her garage. At the end of the film, she reveals that it belonged to her father, who she connected with over engineering. That same love leads her to help Wakanda in battle as she builds her first suit as Ironheart, and will more than likely be a major focus in her upcoming Disney+ series.

As for Nakia, she dealt with her grief in losing T'Challa the only way she knew how: by walking away from Wakanda and settling down in Haiti. In the mid-credits scene, it's revealed that she and T'Challa had a son named Touissant, who they chose to raise away from the throne. In a small way, a part of T'Challa will always be with the women in his life, and though he's gone Wakanda Forever shows that they can carry on without him.

‘Black Panther: Wakanda Forever' Embraces Its Past by Running Full-Speed into the Future

All The Unanswered Questions We Have After ‘Black Panther: Wakanda Forever'