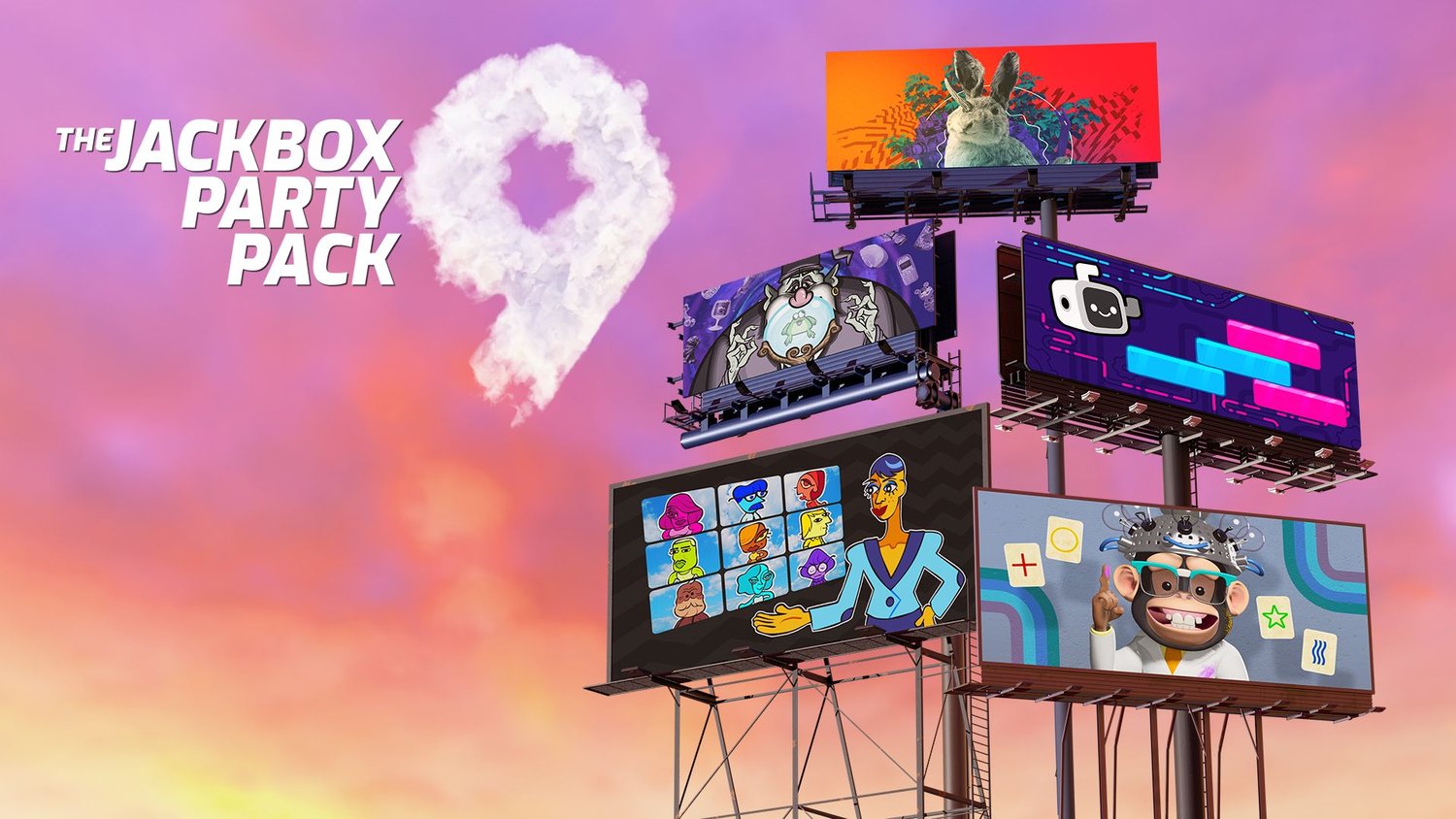 Fibbage 4 (2-8 players) – The hilarious bluffing party game returns with an all new Final Fibbage, video questions, fan-submitted questions, and Fibbage Enough About You mode! It’s a game so beloved that we decided to slap a 4 on it.

First, we have Fibbage 4. This is a game where a question is put forth and everyone comes up with their own answer with the goal of getting the most votes. You get points for fooling others and for voting for the true answer. There are also other modes like Enough About You that make it a bit more personal to the players. Overall, this type of game can be really fun, especially if all the players have the same kind of humor. I appreciate there is a mode to make it personal if you want or there are more general questions. This was a solid game for me and my group of friends.

Junktopia (3-8 players) – A strange wizard has turned you into a frog! Create hilarious backstories for weird objects and then get them appraised. The player with the most valuable items becomes human again!

junktopia was a game where I wasn’t sure how it was going to go. This ended up being a lot of fun because you get images of various items including some really cursed things and you get to name them and create weird backstories for them. It takes some creativity and playing to your audience, but it was a blast.

Nonsensory (3-8 players) – Professor Nanners is here to test your NSP (Nonsensory Perception) in this drawing, writing, and guessing game! How close can you get to guessing where another player’s prompt ranks on the silliest of scales?

Nonsensory was an interesting game to say the least. You’re given a scale of 1 to 10 and told what 1 is and what 10 is. Then, you are given a score and you have to draw your interpretation of that score for the scale. Then, the other players have to guess what score you were given and receive points based on how close they are. You also get points for players that get close to the answer, so you want them to get it right. This ended up providing a lot of laughs and discussions about how we view scales like this and was fun. We did run into a problem where one player on an iPhone would draw and then the drawing would disappear when they lifted their finger, but then it would show up in the actual game when it was time for the reveals and stuff. Hopefully, that’s just a minor bug that can be worked out.

Quixort (1-10 players) – In this trivia sorting factory, work with your team to sort falling answers into their proper order before they hit the floor! Or, play the single player mode and see how many blocks you can sort before topping out. It’s as easy as A, C, B!

Quixort is honestly my least favorite of these games. The premise isn’t bad. You are divided into teams and you have to sort blocks in a category such as oldest to youngest celebrities. However, the categories were not a good fit for me and my group and it takes so long. One team is sorting and the other has literally nothing to do. Jackbox provides a little tapping mini-game on your device while you wait for your turn, but it’s a decent amount of time. It’s slow, didn’t seem to have categories that interested me and my group, and is definitely the weak link in my opinion. Having some kind of interactivity for the non-sorting team would be really nice and just making the rounds shorter.

Roomerang (4-9 players) – Channel your inner reality TV star in an attempt to come out on top! Respond to prompts, bring the competition and role-play to avoid being voted out. Never fear though, even when you’re out you’ll find yourself Roomerang-ed right back into the drama!

Finally, we have Roomerang. This was surprisingly fun. Basically, each player is given a personality and then you have to respond to prompts. You can respond however, but it’s encouraged to respond in-character and it was the most fun to do so. After each round, players are voted out, but then they return as a slightly different character. Basically, imagine a character from a reality show being voted out, putting on a fake mustache, and then returning to the game saying they’re a different person entirely. Basically, Matt the Radar Technician from SNL. This definitely provided a lot of laughs for my group and is possibly my favorite of the lot.

I was underwhelmed by Party Pack 8but Party Pack 9 definitely hit a lot of the sweet spots for me. My friends and I enjoyed the majority of the games and they played well overall. Like I said, I wasn’t a huge fan of Quixortbut 4/5 being ones that I would definitely play again is really good. I do wish that Jackbox would manage the games differently where they have a launcher or hub that gives you access to all the games you own instead of having to try to remember which pack had the game you were wanting to play. However, Party Pack 9 is a very solid hit and might be my new favorite Party Pack.