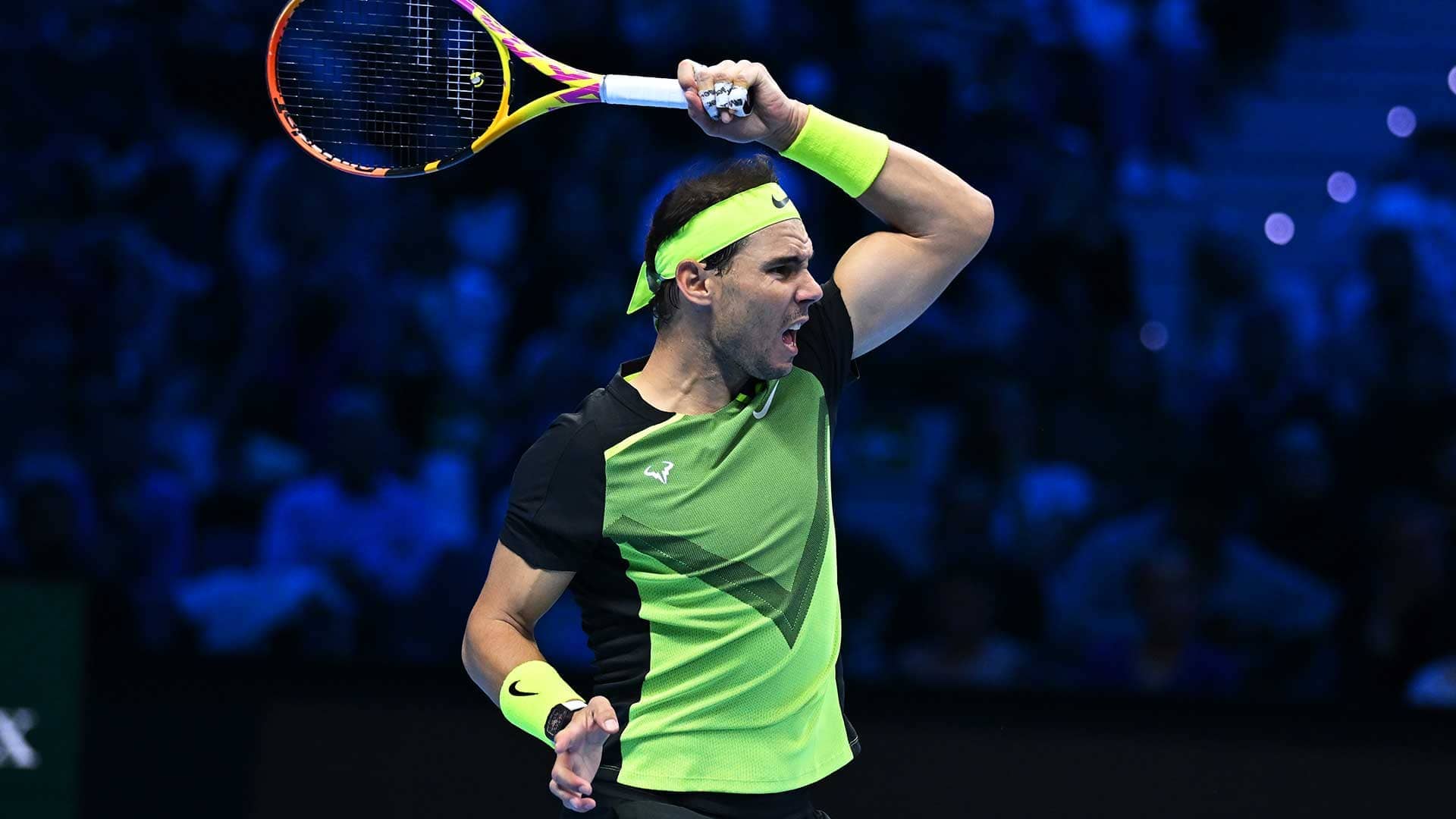 Rafael Nadal finished his Nitto ATP Finals campaign with a flourish on Thursday, when the Spaniard downed Casper Ruud 7-5, 7-5 at the prestigious season finale in Turin.

The top seed raised his level in his third round-robin match in Green Group, using the fast conditions to his advantage with some trademark clean ballstriking at the Pala Alpitour. Nadal hit 37 winners to Ruud’s 19 and won 93 per cent (38/41) of points behind his first serve to seal a one-hour, 43-minute victory and round out his 2022 season on a winning note.

The win means Nadal finishes with a 1-2 record at this year’s season finale. The 36-year-old, who this year lifted four tour-level titles, including major crowns at the Australian Open and Roland Garros, ends 2022 with a 39-8 tour-level record.

Despite Thursday’s defeat, Ruud progresses to the semi-finals in Turin for the second consecutive year. Joining the Norwegian in qualifying for the semi-finals from Green Group will be Felix Auger-Aliassime or Taylor Fritz. The duo faces off in a winner-takes-all clash in Thursday’s night session at the Pala Alpitour.