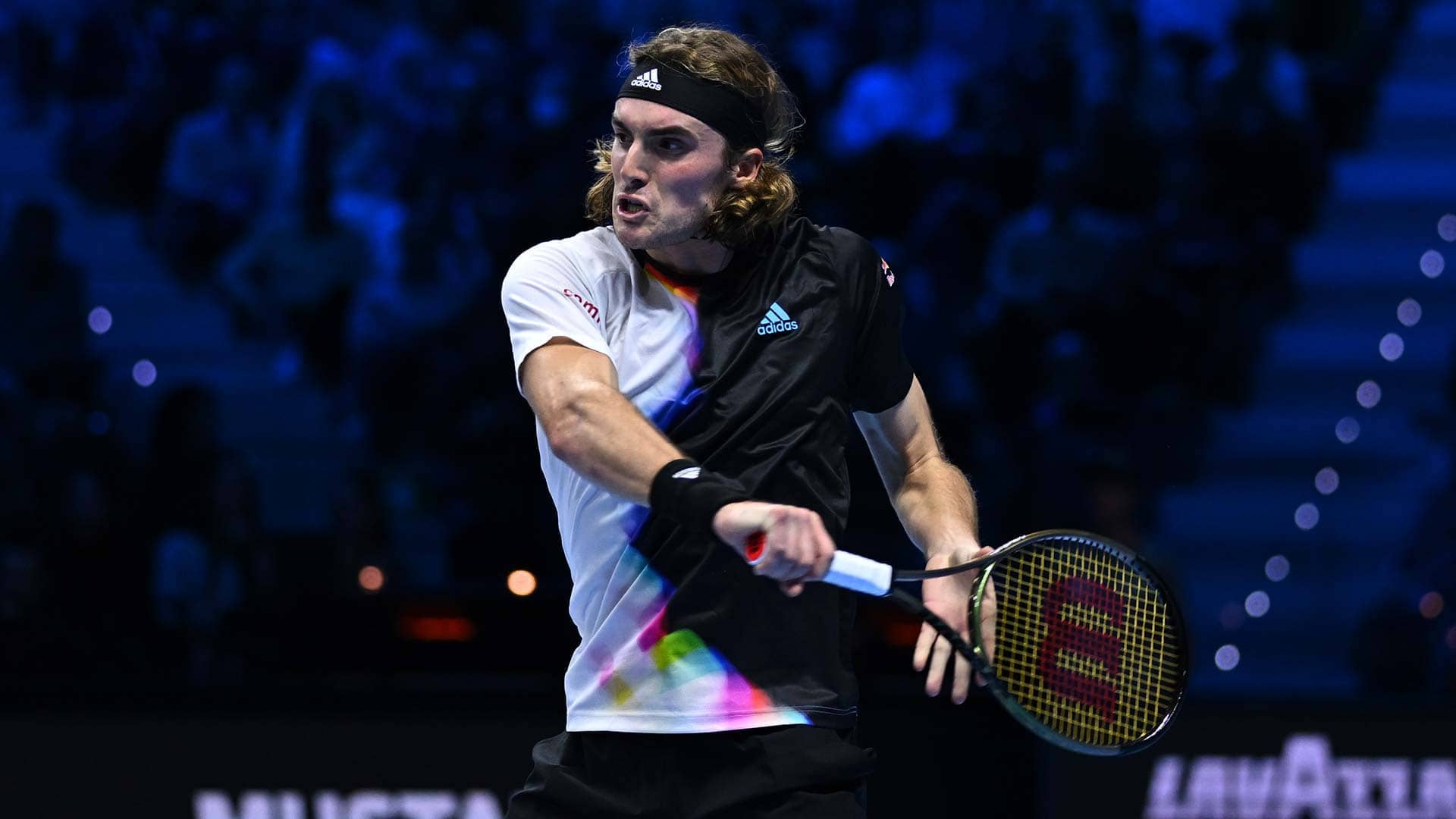 In one of the matches of the season, Stefanos Tsitsipas stepped up and delivered Wednesday when he clawed past Daniil Medvedev 6-3, 6-7(11), 7-6(1) to boost his semi-final hopes in Turin.

In the 11th chapter of their longstanding ATP Head2Head rivalry, it was Tsitsipas who prevailed in a thrilling topsy-turvy clash that swayed one way and then the other at the Pala Alpitour.

The Greek squandered three match points in the second set, before he regained his focus, rallying from 3-5 in the third set to eventually triumph after two hours and 21 minutes, improving to 4-7 in his ATP Head2Head series against Medvedev.

“It was very tiring out there,” said Tsitsipas. “I’m so glad I overcame this and I was able to enjoy it with the crowd. It’s a great win and I’m extremely proud of the way I thought. It never seemed to kind of be ending for me. Even on the last game when he was serving, I still felt if I was able to put a few balls in, some opportunity might present [itself]and it did.

“It was great to get back into the match, I felt reborn, and what a great way to end it.”

The Greek stepped inside the baseline at every opportunity, moving forward effectively as he took advantage of Medvedev’s deep court position to finish points at the net. He won 80 per cent (36/45) of points at the net, while he forced the fourth seed into errors with his heavy hitting in the fast conditions to triumph.

Tsitsipas kept alive his semi-final hopes following his Tour-leading 61st victory of the season. The 24-year-old will face Andrey Rublev in a winner-takes-all clash on Friday, with both holding 1-1 records in Turin. Novak Djokovic has already qualified for the semi-finals.

Tsitsipas is aiming to become the 11th player to win multiple Nitto ATP Finals titles this week in Turin. The Greek triumphed on debut at the prestigious year-end event in 2019, defeating Dominic Thiem in the final.

In front of a packed crowd at the Pala Alpitour, Tsitsipas and Medvedev put on a late-night show with their fierce ballstriking and all-court play. In an impressive first-set performance, the Greek won 93 per cent (14/15) of points at the net and struck 12 winners to move ahead.

After both were strong on serve in the second set, Tsitsipas rallied from 1/4 in the tie-break to move to match point. Medvedev refused to go away, however, winning a series of long exchanges as he saved three match points to stay alive. He then dispatched a smash on his fourth set point to force a decider.

The fourth seed looked on course to complete a dramatic comeback when he led 5-3 in the third set, but Tsitsipas showed his big-match mentality, breaking back for 5-5. He then held his nerve in the tie-break to triumph, raising his arms in delight.

Tsitsipas is now 3-0 in third-set tie-breaks at the Nitto ATP Finals, having clawed past Thiem in 2019 and Rublev in 2020.

Medvedev lifted the trophy at the Nitto ATP Finals in 2020, before he reached the final last season. The 26-year-old is out of this year’s edition, though, after also losing to Andrey Rublev this week.

Did You Know
There have been three third-set tie-breaks at the Nitto ATP Finals this season.