The Dark Pictures Anthology: The Devil in Me review – A thoughtful, but janky dive into the fetishisation of serial killers 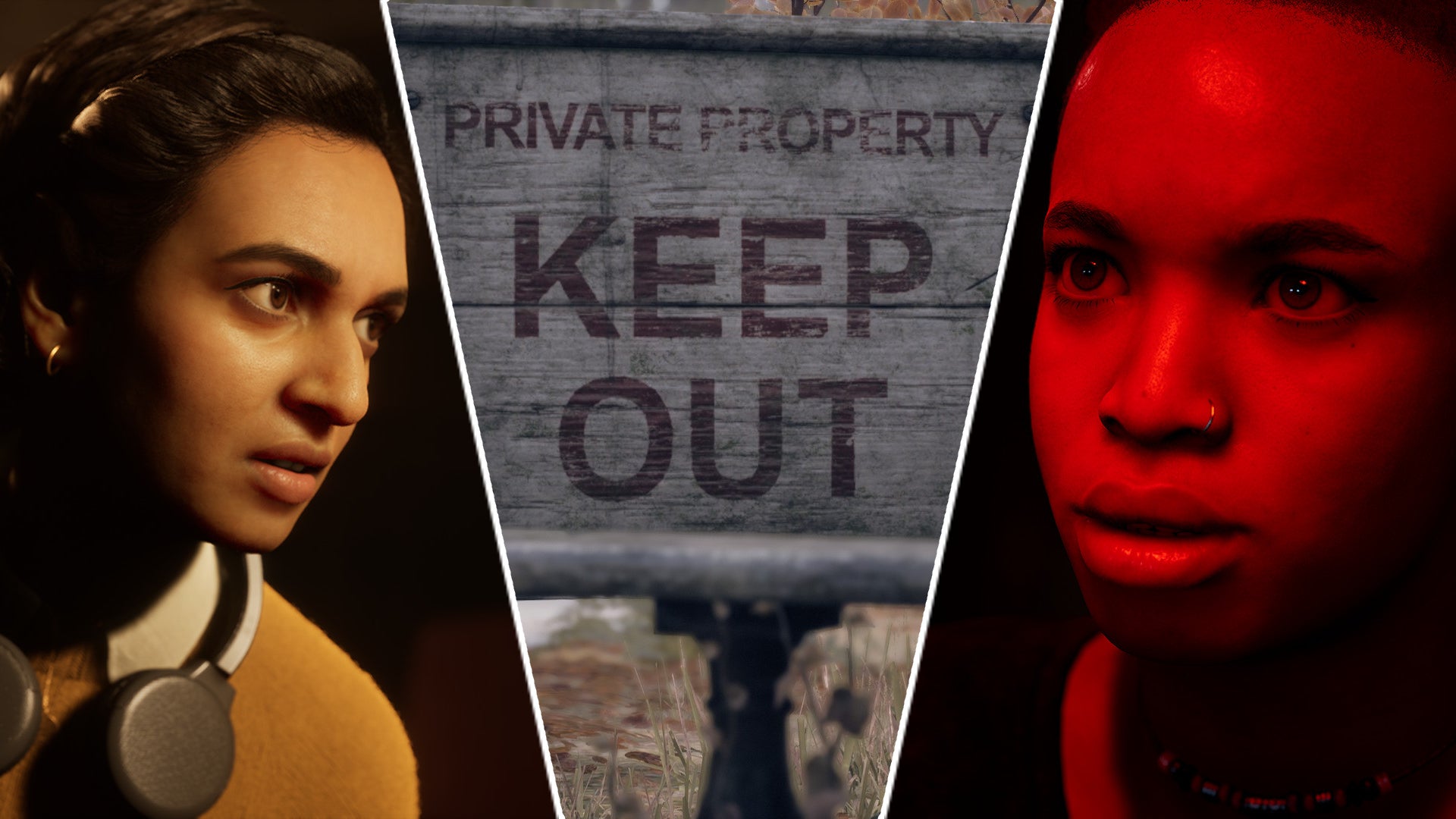 The Devil in Me marks the fourth instalment in Supermassive Games’ The Dark Pictures Anthology, the finale of the anthology’s first season. You’d expect The Devil in Me to go out with some sort of bang, then, right? Sadly, this lacklustre dénouement lets itself down with performance issues, a severe lack of quality, and limited immersion (which is often essential to this series of games being as gripping as they are).

You can check out the trailer for The Dark Pictures Anthology: The Devil in Me right here.

The Devil in Me follows the crew of Lonnit Entertainment as they receive an offer that they cannot refuse. As the creators of a true-crime series, the gang are looking for a season finale that’ll, hopefully, guarantee them even more time on the air. The subject for their final episode? America's most prolific serial killer, H. H. Holmes. However, this crew hasn't got a leg to stand on. That is, until, a mystery phone call kicks things off.

Granthem Du’Met, the supposed relative of a serial killer obsessive who has managed to build a faithful replication of H. H Holmes’ The World's Fair Hotel, invites Lonnit Entertainment to see the peculiar landmark, writhing with grim history, for themselves. So, off they go, adhering to Du’Met’s strict, strange, rules in the hopes of ending their show on a high.

The Devil in Me has a unique premise, and it’s one that definitely intrigued me. It’s hard not to have heard about the horrific legacy that real-life criminal H. H. Holmes left behind him. It’s hard to ignore the various references to him in popular media (Robert Bloch’s American Gothic, Erik Larson’s The Devil in the White City, American Horror Story, and so forth), and those real-life individuals who have glorified him, for one reason or another.

With that in mind, I had my reservations about The Devil in Me, and whether it ran the risk of glorifying such a man and the heinous crimes he committed. Just look at Netflix’s Dahmer, and the controversy that’s courted over the past few months. It came as a great relief when I made my way through The Devil in Me, then, and found it to be the opposite. Without any spoilers, there’s plenty of discussion in-game regarding Holmes, and how some people will turn serial killers into celebrities. There’s also discussion on the consecration of the spectacle of death which, again, stands against glorifying such horrific crimes, and opens up some very interesting discussion on the matter.

As something I feel rather passionately about (with thanks to Jordan Peele’s recent horror film, Nope), it’s great to see a game dealing with such sensitive subject matter. The way it actually sits and how it raises questions among its players – why everyone is so fascinated by the most awful of crimes, and why we are so keen to immortalise these crimes forever – is admirable. It’s much to think about, and who knows, maybe The Dark Pictures Anthology will discuss it more in future episodes. That’s something I’d certainly like to see, and something the series is more than capable of. The Devil in Me provides fertile ground for a more considered future for Supermassive’s series.

As I stepped inside The World’s Fair Hotel (or the replica, anyway), it became immediately apparent that The Devil in Me is nothing short of beautiful. The hotel itself is a myriad of corridors and secret doors and as a result, you’re often disoriented. As intended, I expect. There’s a great attention to detail, with the hotel itself taking great influence from period North American design, and the mood feeling starkly similar to that of Kubrick’s version of The Outlook Hotel (The Shining). If you appreciate your cult horror cinema, The Devil in Me is certainly a feast of direct references and discrete nods throughout – and they’re all thoughtful and intricate, intentional and referential.

The Devil in Me certainly attempted to be bigger and better than the games before it; stretched to a 10-hour runtime if you play your cards right, and packed with new mechanics, this should’ve been the game to put The Dark Pictures Anthology on the map. It’s a tantalising story that’s told incredibly well – a Supermassive staple, at this point – but various bugs and slapdash animation let the game down repeatedly. Why was I experiencing random cutscenes, sometimes erratic and stop-start, from the perspective of the character I was playing? It clearly wasn’t intentional, and I don’t know why it happened. But as a result, I often found myself ducking and diving in and out of whether I was enjoying the game.

I don’t expect the most pristine of animation from The Dark Pictures Anthology, and I even find enjoyment in the awkward facial expressions characters will pull between cutscenes. That said, the lack of quality this time around was to The Devil in Me’s detriment, and I think it suffered in favour of new gameplay elements. For example, there’s more to gameplay now than simply walking around – whether that’s in interacting with items, or making decisions. You can finally run, but there’s also the ability to crouch, crawl, jump, shimmy, and balance, too. There’s an inventory for each character, so they can equip torches and key items that are pivotal to their survival.

While I welcomed running with open arms – and even the inventory – was the rest really necessary? When cut-off dialogue, awkward scene transitions, or general jank isn’t ruining your immersion, segments that involve climbing are. Yes, in some areas these actions feel appropriate, but there are many places where it all feels superfluous. It feels like Supermassive is showing off what it can do, and while it’s certainly great to see the team step out of its comfort zone, it’s arguable that The Devil in Me needed a little while longer in the oven. Maybe in a few updates’ time, the game will reach its potential.

These games thrive on their narratives and high-quality, straight-forward gameplay. When your torch breaks at the very moment you need it, or your subtitles bug out during an essential line of dialogue – that breaks your immersion. When the game needs to be as powerful as possible, to really scare you, as well as drive home its message about the fetishisation of serial killers and murderers, technical issues like these undermine everything.

Whilst The Devil in Me didn’t live up to expectations, I think it’s important to remember that this game has tried to do something new for the series. Sometimes, new mechanics don’t always materialise as planned, and I believe that this game would honestly be amongst one of Supermassive Games’ best, had it been of higher-quality and incorporated its new movement mechanics a little more discreetly.

I still would recommend The Dark Pictures Anthology: The Devil in Me on release if you can handle the technical issues at present. If Supermassive Games manages to implement some updates and fix the performance issues, then I’d perhaps even recommend it – highly! – to seasoned horror fans. In spite of its flaws, The Devil in Me tells a riveting tale of a horrific killer in a thoughtful manner, opens up important discussions about human obsession with sanctifying spectacles, and it shows great potential for the future of the series. It’s just a shame about… everything else.