Who Are All Members Of The Seven? 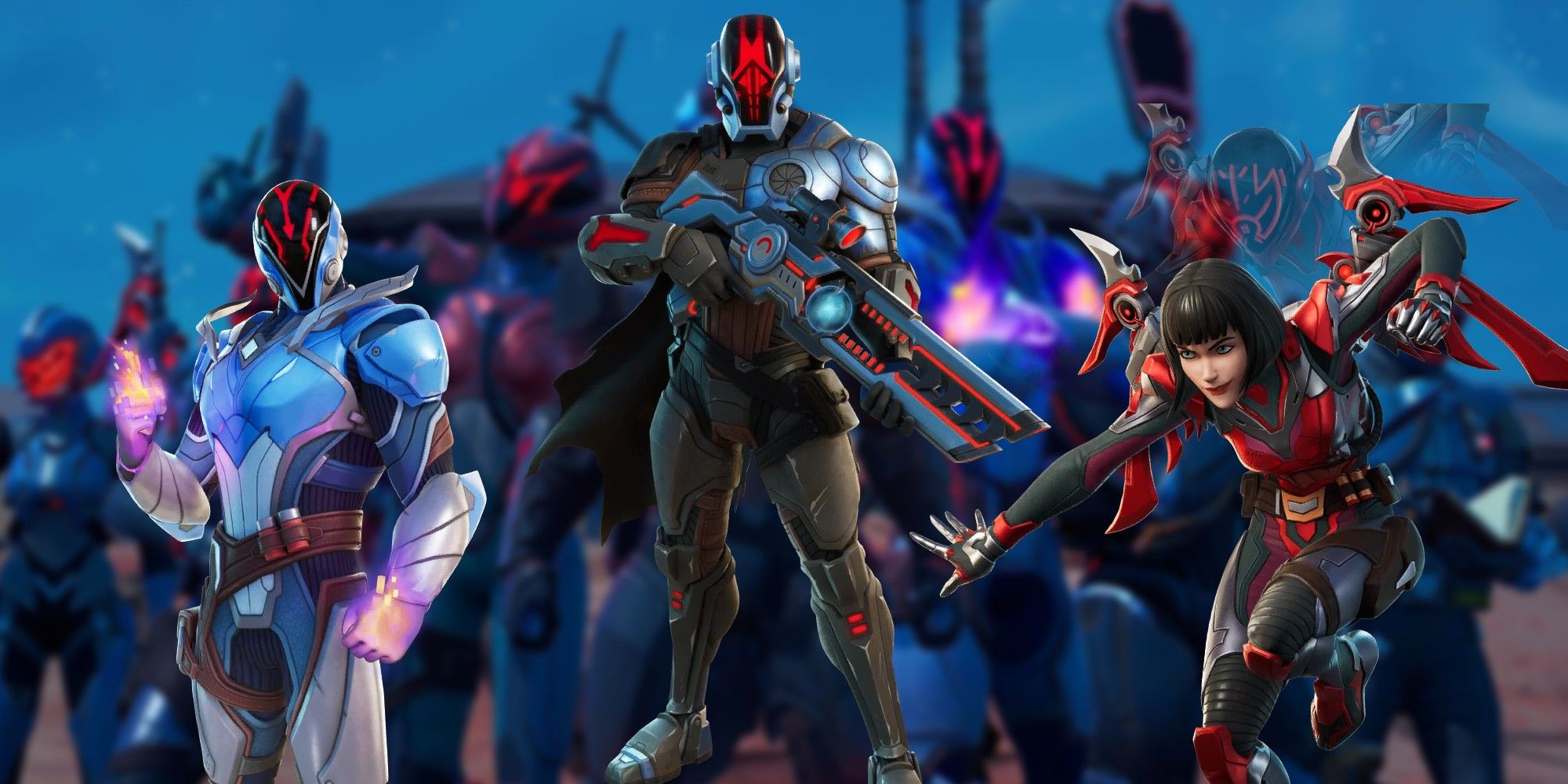 In the continuously growing game that is Fortnite, players can find themselves playing through a storyline that they may have never known was there! Whether playing with knowledge of the story or not, there are some great events and characters that the story has given its evolving world. For instance, the game's story actually makes every crossover outfit canon within the game, and essentially makes anything possible for Fortnite's universe.

The story has also granted the game its own Avengers-esque team: The Seven. The Seven are a group of seven people who are devoted to fighting back against the Imagined Order, who are somewhat of the antagonists in the game's plot. Each member is important to the group.

According to the rest of the Seven, the Imagined is very mischievous and tends to act on her own. Seemingly, The Imagined sacrificed herself while taking Geno with her into the Zero Point. Players could obtain her outfit in the Chapter 3: Season 2 battle pass.

The Order is the second sister of the Imagined Sisters, and the twin sister to the Imagined. The Order is known by the Seven to be very honorable, and usually working for the Seven by lurking through the shadows, said to be unseen.

The Order hasn't had too much of an impact on Fortnite's storyline yet, but players can expect the Order to have a big role once the Seven returns from their disappearance regarding the attack of the Nothing and the Chrome. Players can find the Order's outfit in the item shop randomly.

The Origin is one of the most interesting characters of the Seven, because he is the oldest member. The Origin was originally the Cube King centuries before he joined the Seven. He ran from the Last Reality after realizing the darkness that the Cubes inhibited, and was captured by the Imagined Order.

After a while, the Origin was then rescued by the Seven, and he then joined the group to fight back against any threats to the island. The Origin is also known as the Seven's commander or general. The Origin's outfit was obtainable in Chapter 3: Season 2's battle pass.

The Paradigm, who was recently revealed to have been played by Brie Larson, was an original member of the Seven, but in order to fight against the Devourer, she helped out the Imagined Order. Upon this, the Seven saw her as a traitor and refused to welcome her back.

Later on in the game's plot though, Paradigm rebuilt her mech and then used it to destroy the Imagined Order's Collider. She was welcomed back to the Seven after doing so. The Paradigm's outfit could only have been unlocked during The End live event, which was close to Fortnite's beginnings, but players could obtain her alternate skin featuring Brie Larson in Chapter 3: Season 4's battle pass.

The Scientist is one of the lesser-known members of the Seven, but has had crucial moments in the group's history. The Scientist is known as the engineer of the group and is able to build complex devices. He's very brilliant, supporting his claim on his name.

The Scientist was technically the second to reveal himself to the island along with the Visitor, since he came by a meteor as well, yet was frozen above Dusty Depot. He helped contain the Zero Point during Chapter 1. Players could only get this outfit during Season X (10).

The Visitor was the very first member of the Seven to arrive at the island of Fortnite way back in Chapter 1: Season 4. During this time, he left the meteor in which he arrived on and left to work on a large rocket. As the rocket seemingly targeted Tilted Towers, it instead flew around the map through rifts before finally leaving the island.

The Visitor is known by the Seven to have been the navigator, or traveler. He's very experienced in navigating new lands and getting from place to place. Players could only obtain the Visitor outfit in Season 4. Initially, he was a spooky character introduced in the game as players didn't know his ambitions.

The Foundation is known to be the leader of the Seven, and is regarded as one of the most heroic members of the team. The Foundation, acted out by Dwayne, “The Rock,” Johnson, is most famously known for saving the island of Fortnite during Chapter 2: Season 6's beginning event.

NEXT: Games You Should Play If You Love Final Fantasy 7