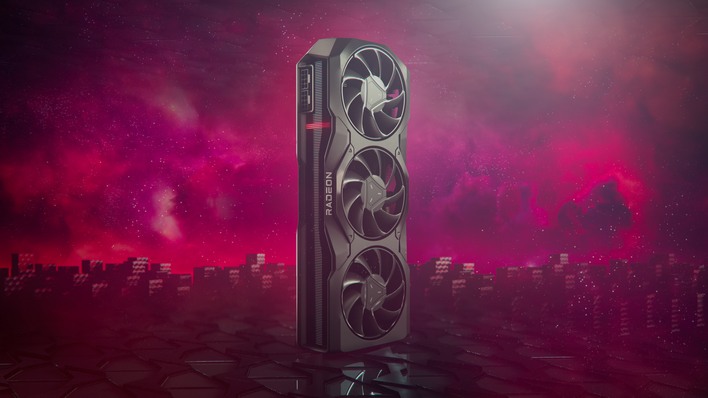 Publicity is a hell of a thing. By all the data we have, incidents of melting 12VHPWR connectors on GeForce RTX 4090s are vanishingly rare. Despite that, everyone knows exactly what Sasa Marinkovic (AMD's Senior Director of Gaming Marketing) is implying with his tweet, which we'll reproduce below. 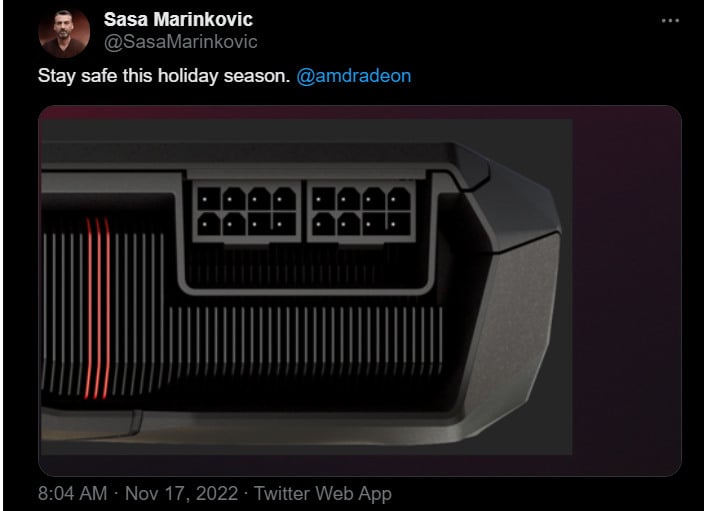 In case you're not following along, by showing a picture of the dual classic-style 8-pin PCIe power connectors on the Radeon RX 7900 XTX, Sasa is implying that the upcoming Radeon card is “safer” than the GeForce RTX 4090. It's a fair dig, even if all the data available suggests that the actual failure rate of those connectors is only around 0.04%.

That number comes from NVIDIA itself, who finally posted an update to the issue with the burning connectors. Their acknowledgement of the issue is extremely terse, and doesn't even elaborate on what's actually happening. You can read more about that announcement over here.

Sasa's trollish tweet probably stings a bit more in the face of a class-action lawsuit that's being brought against NVIDIA in California. The claimant, one Lucas Genova, describes himself as an “experienced” PC DIY guy, and alleges that NVIDIA shipped the GeForce RTX 4090 with “defective and dangerous power cable plug and sockets, which have rendered consumers' cards inoperable, and poses a serious electrical and fire hazard for each and every purchaser.”

We are not lawyers nor judges, but on the face of it, this case doesn't have much merit. None of the cables or connectors that we have seen have actually caught fire, and while the extreme heat could pose a fire hazard, it's fairly unlikely to actually start a fire inside of a computer case. 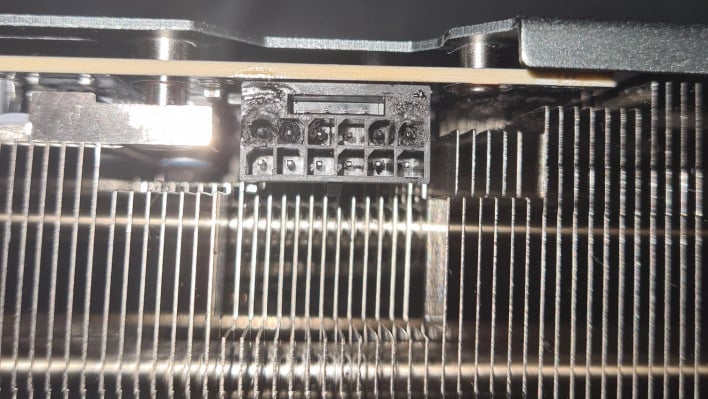 This burned connector, while mangled, is still functional, as is the card.

Furthermore, most of the cards that we have seen were largely undamaged by the melting connector. For example, /u/reggie_gakil (who posted the first melted connector on Reddit) clearly stated that his card still worked fine, as did others in the Reddit thread. Certainly, melting connectors aren't acceptable, but the case seems to overstate the severity of the issue somewhat.

As we reported two days ago, the most likely cause of the melting connectors seems to have been user error. In agreement with earlier comments by Jonnyguru, Gamers Nexus found that it was possible to initiate a failure by not plugging the connector in properly. NVIDIA's statement seems to indicate that this is a major cause of failures as well. If you pick up an Ada Lovelace card this Christmas, make sure you jam that 12VHPWR connector in.