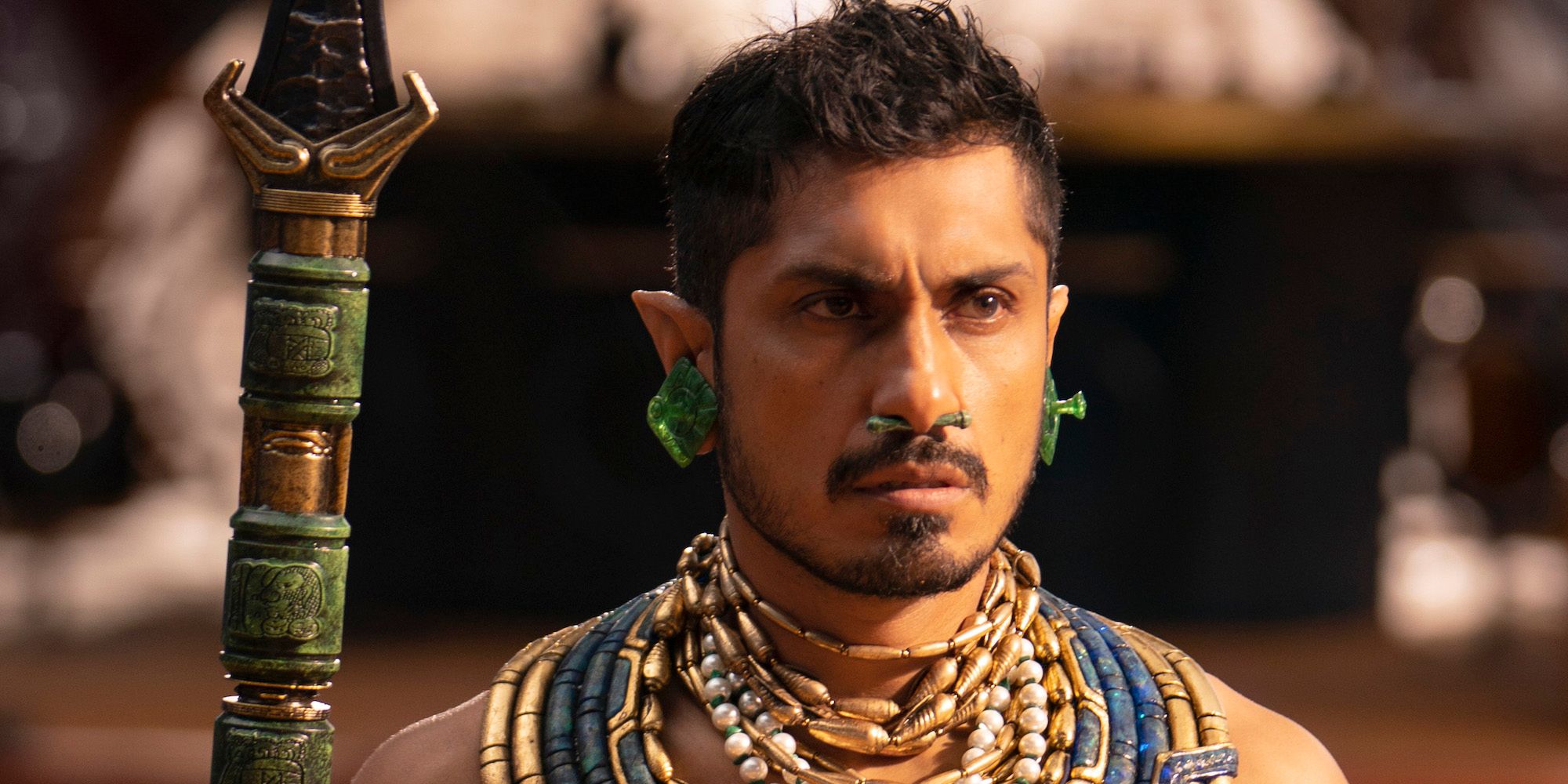 Black Panther: Wakanda Forever rakes in $400 million worldwide by the end of its first week, making it the 11th highest-grossing film of 2022 so far.

Black Panther: Wakanda Forever has already outgrossed DC's Black Adam. The new Marvel Cinematic Universe title, which will be the last theatrical release from Phase 4, came to theaters on November 11. The film follows how the various Wakandan characters introduced in the original film are handling the death of T'Challa, a development that was added to the story after the tragic passing of Chadwick Boseman in 2020. Ramonda, Shuri, and the rest of Wakanda must also face off against a new threat posed by Tenoch Huerta's Namor, the leader of the underwater territory of Talokan. Additional MCU returnees include Lupita Nyong'o as Nakia, Danai Gurira as Okoye, and Winston Duke as M'Baku.

Per THR, Black Panther: Wakanda Forever has grossed $400.4 million ahead of its second weekend in theaters. The film has already surpassed the total of the post-summer season's previous superhero picture, DC's Dwayne Johnson vehicle Black Adamwhich had a record-breaking opening weekend on October 21 before petering out substantially. Wakanda Forever is particularly strong competition, however, as it earned the highest November opening weekend in history.

Related: M'Baku's Wakanda Forever Fate Is Better For Black Panther 3 Than You Think

Currently, Black Panther: Wakanda Forever is the eleventh highest-grossing film on the worldwide chart for the entire year, sandwiched between Black Adam at #12 and Uncharted at #10. However, the film is projected to bring its total gross to at least $550 million by the end of this weekend, which would shoot it past Sonic the Hedgehog 2 and Fantastic Beasts: The Secrets of Dumbledore to the #7 slot.

The future of Black Panther 2 is certainly looking bright. While it's tracking slightly behind this year's Doctor Strange in the Multiverse of Madness and significantly behind the original Black Pantherit still has a strong chance of ending up in the worldwide top 5 for 2022 by the end of the year, most likely finding a comfortable medium between Minions: The Rise of Gru‘s $937.2 million and Doctor Strange‘s $955.8 million. While that might seem shockingly shy of the original film's $1.3 billion gross, it's important to note that for the past few years, Marvel films have not been playing in China, a huge international market that helped boosted pre-pandemic titles like Black Panther.

However, Black Panther: Wakanda Forever certainly has the chance to prove its mettle over the next month. There isn't much wide-release theatrical competition coming its way until the release of James Cameron's Avatar: The Way of Water on December 16. While films like Disney's new animated project Strange World (out November 22) and the David Harbour killer Santa flick Violent Night (out December 2) may have a shot at taking the #1 slot for their respective weekends, there isn't a tentpole hitting the exact same PG-13 demographic, giving Wakanda a huge open field in which to rake in as much cash as it can. While it seems unlikely that it could surpass the box office gross of this year's breakout hit Top Gun: Maverickit could certainly go toe to toe with Doctor Strange if the conditions are right.

More: Everything Black Panther: Wakanda Forever Revealed About The Blip