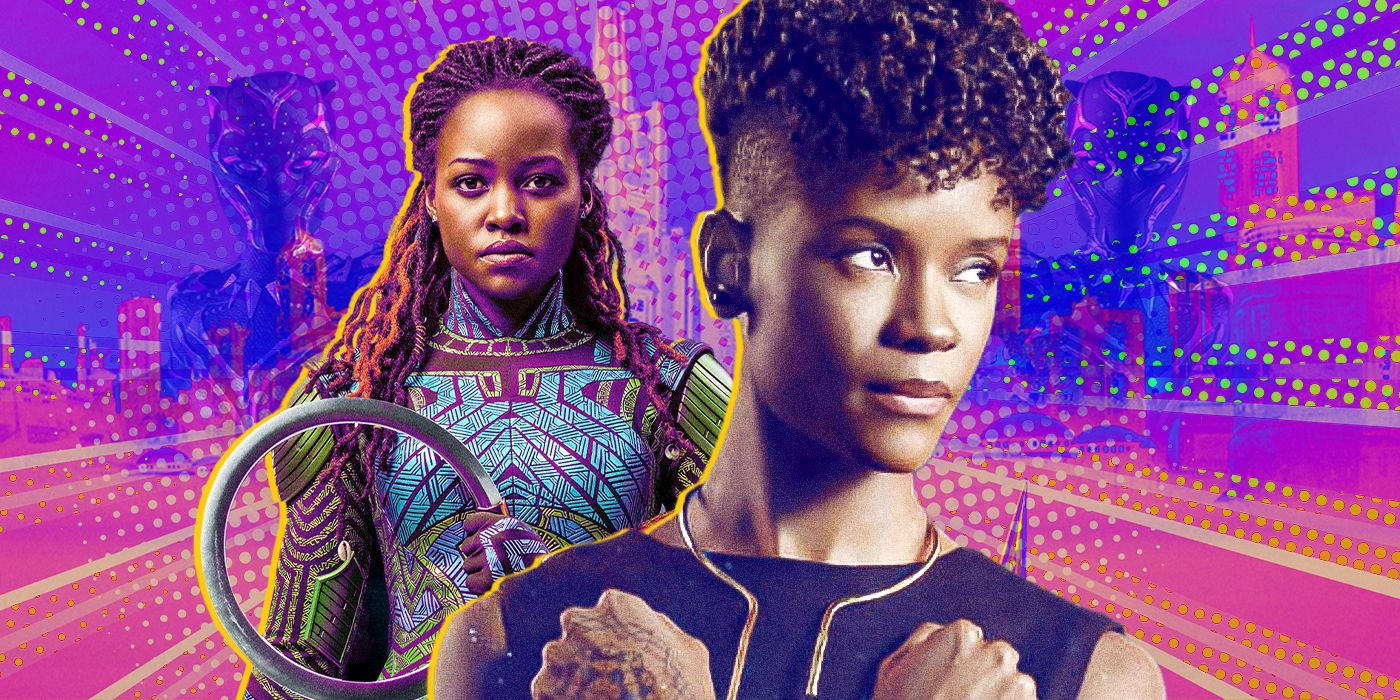 Editor's Note: The following contains spoilers for Black Panther: Wakanda Forever.Black Panther: Wakanda Forever shows that moving on to the next chapter can be a chapter in and of itself. Taking the graceful story from the first film and building on it in unexpected ways, this feels like the story director Ryan Coogler was always going to tell, a story that has only become more poignant due to the death of Chadwick Bosemanstar of the first Black Panther film. Wakanda Forever follows the various women who were close to T'Challa (Boseman) as they grieve his loss. At the same time, their nation faces multiple threats as a result of T'Challa's decision to enlighten the rest of the world about Wakanda's real power. However, T'Challa's sister Shuri's (Letitia Wright) path to healing doesn't truly reveal itself until the last act of the movie, when she attempts to recreate the heart-shaped herb.

What Type of Hero Will Shuri Become?

With the Wakandans sheltered in the mountain tribe's protected land, in a classic scientist montage, Shuri and Riri Williams (Dominique Thorne) attempt to perfect inventions that would give them defense against the antagonist Namor (Tenoch Huerta Mejia) and his home of Talokan. This bears the fruit of a synthetic version of the heart-shaped herb, created using the similar blue herb used to mutate the future Talokanil, and a new shiny suit of red armor for Williams. Shuri takes some of her synthetic herb, hoping to see her mother or brother, but instead is greeted by her cousin, N'Jadaka aka Erik “Killmonger” Stevens (Michael B. Jordan). The confrontation that occurs between the two of them, including describing their similarities, upsets her, and when she awakens, she claims that the herb didn't work, only to hit a mannequin wearing one of her suits and send it flying across the lab, demonstrating her new strength.

Knowing now that she holds the powers of the Black Panther, Shuri goes to the Tribal Council to suggest striking back at Namor. All agree except M'Baku (Winston Duke), who has grown since the first Black Panther. He warns that attacking may start a never-ending war with Talokan, but they proceed with Shuri's plan anyway, which involves luring Namor and isolating him from water, which she's deduced is his strength. The fight that follows occurs on a Wakandan warship known as the Royal Sea Leopard and is fought by warriors, Dora Milage, Riri, Nakia (Lupita Nyong'o), and Okoye (Call Gurira) and Aneka (Michael Coel) donning Midnight Angel armor created by Shuri.

During the battle, Shuri draws Namor into her trap, but he manages to shift their fight to a nearby island, where each of them takes turns gaining the advantage, even with her clipping Namor's ankle wings at one point during the battle. When Shuri finally gets the upper hand, she hears her mother's voice, telling her to show him who she really is. Finding similarities with Namor's plight (rather than Killmonger's), she stops herself from exacting revenge for Ramonda's (Angela Bassett) murder. Even though Shuri's new suit is quite similar to the Black Panther suit of Killmonger, it's clear that she leans a bit closer to her brother's take on the hero. In the decision to not kill Namor, we see that the rage and fury that Shuri has towards the world isn't going to define her, as she becomes the hero and protector that Wakanda needs.

What Is Namor’s Plan After the Truce?

Shuri promises that Wakanda will protect Talokan from invasion and the two return to their people still fighting on the Sea Leopard. Later, Namor laments to his cousin that now that they have Wakanda's sympathies, the nation will come to them in the future. After all, Wakanda Forever does put a spotlight on how the world's nations are either attacking Wakanda's facilities or blaming them for crimes anyhow. His war is just a matter of waiting. Yay for Marvel for not immediately killing off the “villain.” The MCU must have plans for Namor if they haven’t killed him off yet, and with Namor stating that the new alliance between his people and Wakanda will conquer the surface in the future, it seems like we haven’t seen the last of this new, yet tenuous, alliance.

How Does Wakanda Forever Set Up Ironheart?

With the action climax out of the way, the film closes a series of loose threads and circles back to T'Challa for an emotional close. After getting arrested for helping the Wakandans, Okoye breaks CIA Agent Everett Ross (Martin Freeman) out of armed custody. Riri returns to the States, but Shuri rebuilds her dad's car from scratch and sends it back for her. Riri heads back to MIT, but leaves her Ironheart suit behind. Yet after the technology that she’s seen in Wakanda, it seems like Williams won’t have a problem coming up with an even better version of the suit when she gets her own show, Ironheartset to premiere in late 2023 on Disney+. It will be interesting to see if any of Riri’s new Wakandan friends also return for the upcoming series as well.

So, Is M’Baku Really King of Wakanda Now?

Shuri also plants some synthetic heart-shaped herb in the forest, restarting the tradition of the Black Panther and ensuring the protector will continue on after her tenure, also foreshadowing the mid-credits scene. Finally, the ceremony to crown a new ruler of Wakanda takes place. Shuri decides not to go, and M'Baku challenges anyone for the throne. Although the conclusion of the ceremony isn't seen, it's probably safe to assume that likely M'Baku won and takes up the royal mantle, separating the Black Panther from the King/Queen of Wakanda. It definitely seems though that this plan might’ve been discussed by M’Baku and Shuri, so it’s not like M’Baku is acting without regard to the throne.

Where Does Black Panther Go From Here?

The film ends with Shuri traveling to Haiti to visit Nakia. Calling back to a scene from earlier in the film, Shuri goes to the beach to burn her ceremonial clothing from T'Challa's funeral at the beginning of the film. She had urged Shuri earlier to do this as a way of moving forward, but it wasn't until after the conflict with Namor that Shuri was able to look inward enough to do this. This scene, which is continued as the mid-credits scene, reiterates the deep emotionality behind the film as well as the importance of its relationships because while Wakanda Forever speaks to fairly universal ideas and experiences, it's impossible to forget how deeply personal it still is.

Throughout Wakanda Foreverwe see that Shuri isn’t beholden to what has been done before, and from her new version of Black Panther, which is informed by Killmonger maybe even more than her brother, and her possible abdication of the throne to allow M’Baku’s rise to power. As the end credits states that Black Panther will return (obviously), this isn’t the last we’ve seen of Shuri’s take on the character. It makes sense that we could see her in Ironheartas Riri Williams will be getting her own series, but no matter when we see Shuri next, it seems like her version of the Black Panther will be unlike any iteration of this character that Wakanda or the world has ever seen before.