Everything You Need to Know About This Dark Comedy Series 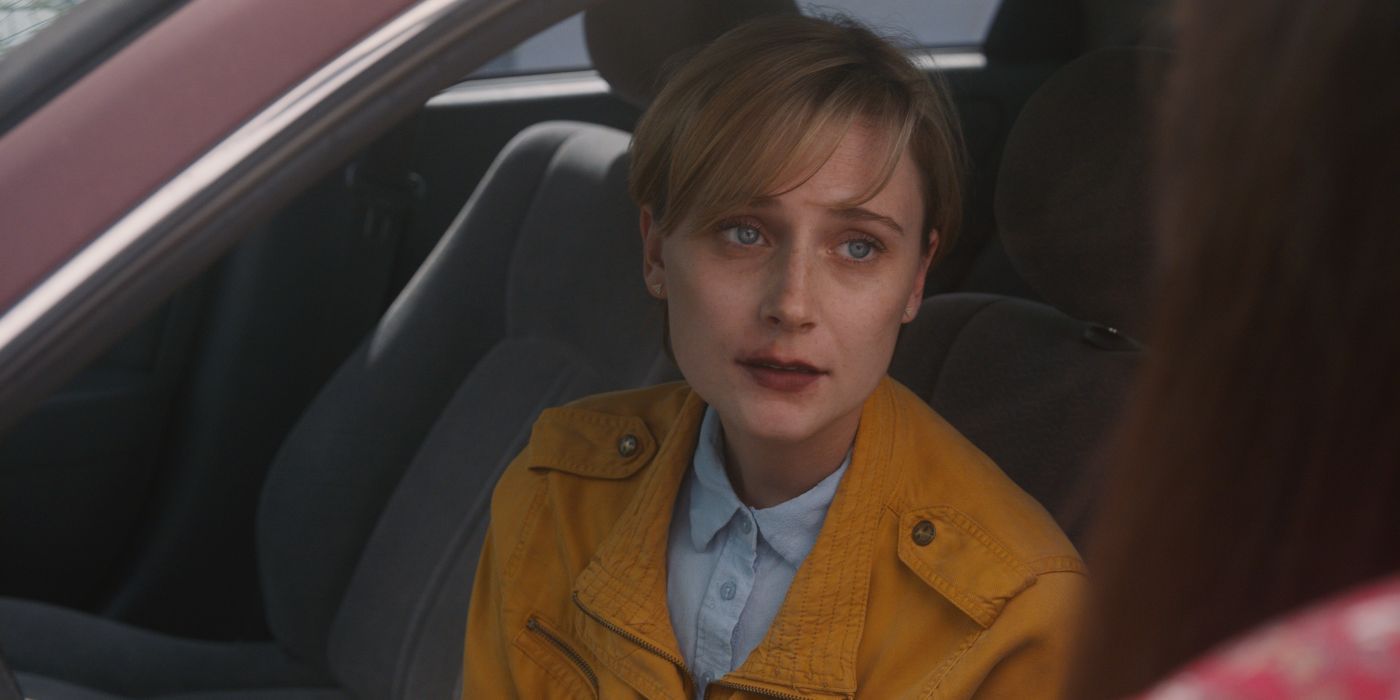 Stevie Wainwho wrote, co-directed, and starred in the pilot episode of the dramedy series Day Jobsfirst began developing the script for the show while working as a nanny, which was one of the main inspirations to create the concept surrounding Day Jobs. As a young and aspiring comedian in L.A., the reality of financial security plays a large role in pursuing dreams. Many of those who venture out to Hollywood sometimes find themselves taking on new jobs to make their dreams come true, and that's ultimately what the show is all about. The series is best described as a crossover between shows like the Netflix original series Feel Good and Issa Rae’s comedy series Insecure. The screenplay for Day Jobs was selected as a semi-finalist for the 2021 Walt Disney Television Writing Program, placing within the top 77 out of 2,000 submissions. In addition to the notoriety of the Day Jobs screenplay and subsequent pilot, Wain’s screenplay for New Hope was a finalist for the 2021 Screencraft Screenwriting Fellowship, landing in the top 50 out of 5,000 applicants.

After Day Jobs had its worldwide premiere at the 2022 Austin Film Festival, the pilot won the Audience Award for Produced Digital Series, tying with competitor Mt. Mystic Rangerswritten and directed by Jeremiah Dunlap. The pilot episode has a 30-minute runtime and was filmed over just five days. To accomplish this, Wain created a crowdsourced fundraising campaign in 2021 with a goal of $6,500. The campaign ended after surpassing the initial goal, raising over $7,500 from private investors. In this article, we will break down everything you need to know about Day Jobsas well as what is yet to come for the budding series.

What Is Day Jobs About?

The slice-of-life show is designed to focus on “the people you are before you become the person you were meant to be,” highlighting the importance of emphasizing each character’s “journey” instead of their “destination.” Following the aftermath of Stevie Tripp (played by writer and director, Stevie Wain) coming out as a lesbian to her long-term boyfriend, Jason (Jared Kassebaum), Stevie is met with the contradiction of who she currently is versus the person she wants to be. She is determined to find a way to pay her half of the rent to her ex-boyfriend while the two continue to share their apartment as roommates. As Stevie struggles to progress in her stand-up comedy career, she looks into becoming a nanny to supplement her income. Stevie winds up having a terrible interview with one family, resulting in her nanny profile rating taking a nosedive. Frustrated with her situation, she decides to reach out to her ex-girlfriend Scarlett to ask for the return of her mother’s diamond necklace.

Stevie met and fell in love with Scarlett when she and Jason decided to try an open relationship, but ultimately got hurt when Scarlett chose to stay with her husband and start a family. After the two women share a moment bonding over Scarlett’s son, they fall into old habits and end up sleeping together. Scarlett suggests that Stevie become her nanny while her husband is out of town. In an earlier conversation with Jason, it’s revealed that he is against the idea of her getting back together with Scarlett after the dissolution of their previous relationship. Following a brief moment of inner turmoil, Stevie agrees to the arrangement. The two then begin a secret affair destined for self-discovery… and potential disaster. Now that Stevie feels like she is no longer “standing in her own way,” she finds the courage to finally perform at an open mic night and tell her story. Day Jobs is a slightly autobiographical comedy that is loosely based on creator Stevie Wain’s own personal experiences with coming out as a lesbian.

Is There a Trailer For Day Jobs?

Yes, there is! You can check it out below:

Who’s In The Cast and Crew of Day Jobs?

Stevie Wain is a multi-faceted performer in this series. She wrote the screenplay, co-directed with Auri Jackson (Ladywood), and starred in the pilot episode as the main character, Stevie Tripp. Wain is the executive producer for Day Jobs along with River Branson as the supervising producer and Kevin Stiller as the cinematographer. Stevie Wain also worked in the camera and electrical department for the 2015 documentary, The Hunting Ground. In addition to writing, directing, and acting, Wain also performs stand-up in Los Angeles and runs her own comedy show, That’s So Gay! which features up-and-coming LGBTQ comedians.

Becca Buckalew co-stars in Day Jobs as Stevie’s love interest, Scarlett. Buckalew has most recently been seen in the television series The Pact as Stella. Her son, Beckett Buckalewmade his debut performance in Day Jobs as Scarlett’s child. Jared Kassebaum also made his debut performance in Day Jobsplaying Stevie’s ex-boyfriend-turned-best-friend, Jason. His character plays a pivotal role in providing crucial support for Stevie as she navigates coming out as gay and pursuing her career as a comedian. Michael Sutherland and Morgan Page (H.O.M.E.) play the Venice-dwelling parents who interview Stevie for a nannying position, only to have the interview spiral out of control. Sutherland is best known for the short film California Dreams and the 2012 movie, The Way of Glass.

Related:10 Queer Writers/Directors Who Are Changing the Game

Where And When Can I Watch Day Jobs?

The future of Day Jobs is still up in the air at the moment as Stevie Wain plans to continue showcasing her pilot at film festivals over the next year. Wain has stated that she wants to find “the right home” for her series and has indicated plans to continue the series for up to four seasons if possible. Once the “right home” for Day Jobs has been found, Wain intends to have eight episodes for the first season. While we eagerly wait for more updates and information about this series, you can check out some of the shows that influenced Stevie Wain along the way.

Shows like Day Jobs That You Can Watch Now

Feel Good (2020-2021): This series is a semi-autobiographical comedy-drama created by and starring Mae Martin. The show follows a fictionalized version of Mae as a non-binary comedian who strikes up a relationship with a closeted woman, George (Charlotte Ritchie). The two of them meet at a comedy club where Mae has just finished performing stand-up and shortly after begin dating. George quickly learns that Mae is a recovering addict and tries her best to help, but Mae’s struggle with addiction begins to cause a rift in their relationship. This is only worsened by George’s hesitation about coming out to her friends and family. Both seasons of Feel Good are available to stream on Netflix.

Normal People (2020): This romantic limited series is based on Sally Rooney’s 2018 novel of the same name. Rooney worked with Alice Birch and Mark O'Rowe to adapt the novel into the screenplay with co-directors Lenny Abramson (Frank) and Hetty McDonald. Normal People follows the ups and downs of the complex relationship between Marianne (Daisy Edgar-Jones) and Connell (Paul Mescal) throughout high school and later in life as undergraduates at Trinity College in Dublin, Ireland. The couple’s inability to communicate their feelings for each other often leaves them at odds with one another. Normal People is available to stream on Hulu.

Transparent (2014-2019): This American comedy-drama was created by one of Stevie Wain’s main influences, Joey Soloway. The series follows a Los Angeles family after their parent comes out as a trans woman named Maura, played by Jeffrey Tambor. They try to help her with her identity transformation, but not without a few hiccups along the way. Over five seasons, Transparent showcases the realities of Maura’s role within her family, her profession, and in the world. Transparent is available to stream on Prime Video.

Finally, Titans Gave Gar Something to Do