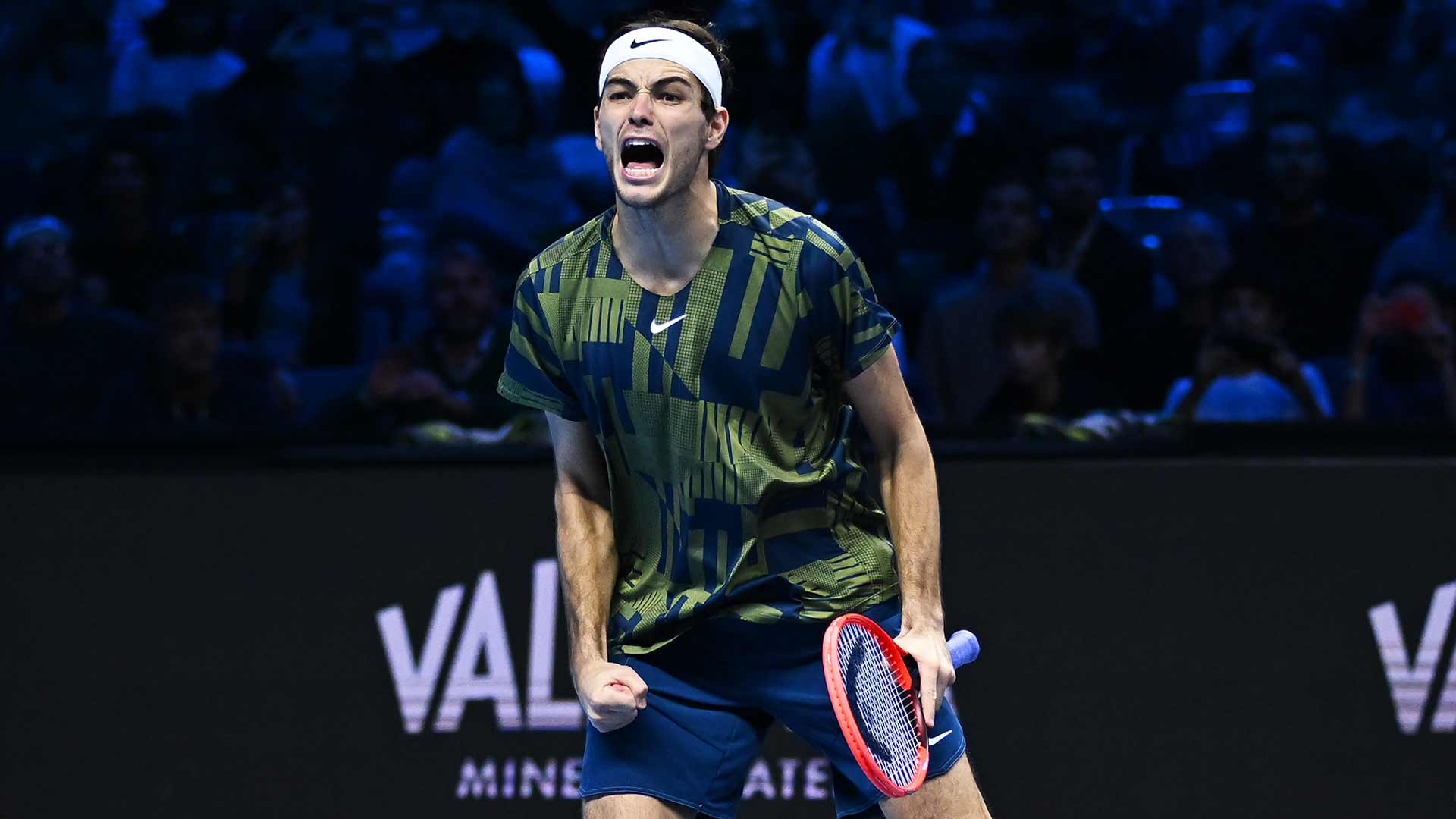 With a semi-final spot on the line at the Nitto ATP Finals Thursday, it was Taylor Fritz who rose to the occasion in Turin.

In a winner-takes-all blockbuster at the Pala Alpitour, the American clawed past Canadian Felix Auger-Aliassime 7-6(4), 6-7(5), 6-2 to reach the semi-finals on debut at the prestigious year-end event.

Both entered the match holding a 1-1 record in Green Group, aiming to join Casper Ruud in the last four. In front of an electric crowd, Fritz effectively executed his aggressive game as he handled the pressure in the crucial moments. He fired 32 winners and outlasted Auger-Aliassime during the heavy-hitting exchanges in the third set, gaining the crucial break at 3-2 in the decider to advance after two hours and 44 minutes.

“I needed to serve well the whole time, I knew that,” Fritz said. “It was frustrating throughout the match when so many points I was one away from break point. So many times at 15/30, 0/30 when I was returning, I got myself in the points and kept losing the points. I just tried to stay patient and not get frustrated and then I capitalised when I got the chances.”

The eighth seed was strong on serve throughout the clash, finding his spots to dominate behind his delivery in the fast indoor conditions. The World No. 9 gave Auger-Aliassime few chances on return. He won 88 per cent (50/57) of his first-service points and saved all three break points he faced, roaring in delight when he sealed victory on his first match point.

“It is huge,” Fritz said when asked about reaching the semi-finals. “From possibly not even qualifying to now be in the semis feels great. I felt like I was going to play well here. I feel that I always play my best tennis against the best players.”

In an impressive performance, Fritz was clinical when stepping inside the baseline, winning 80 per cent of the points when attacking. 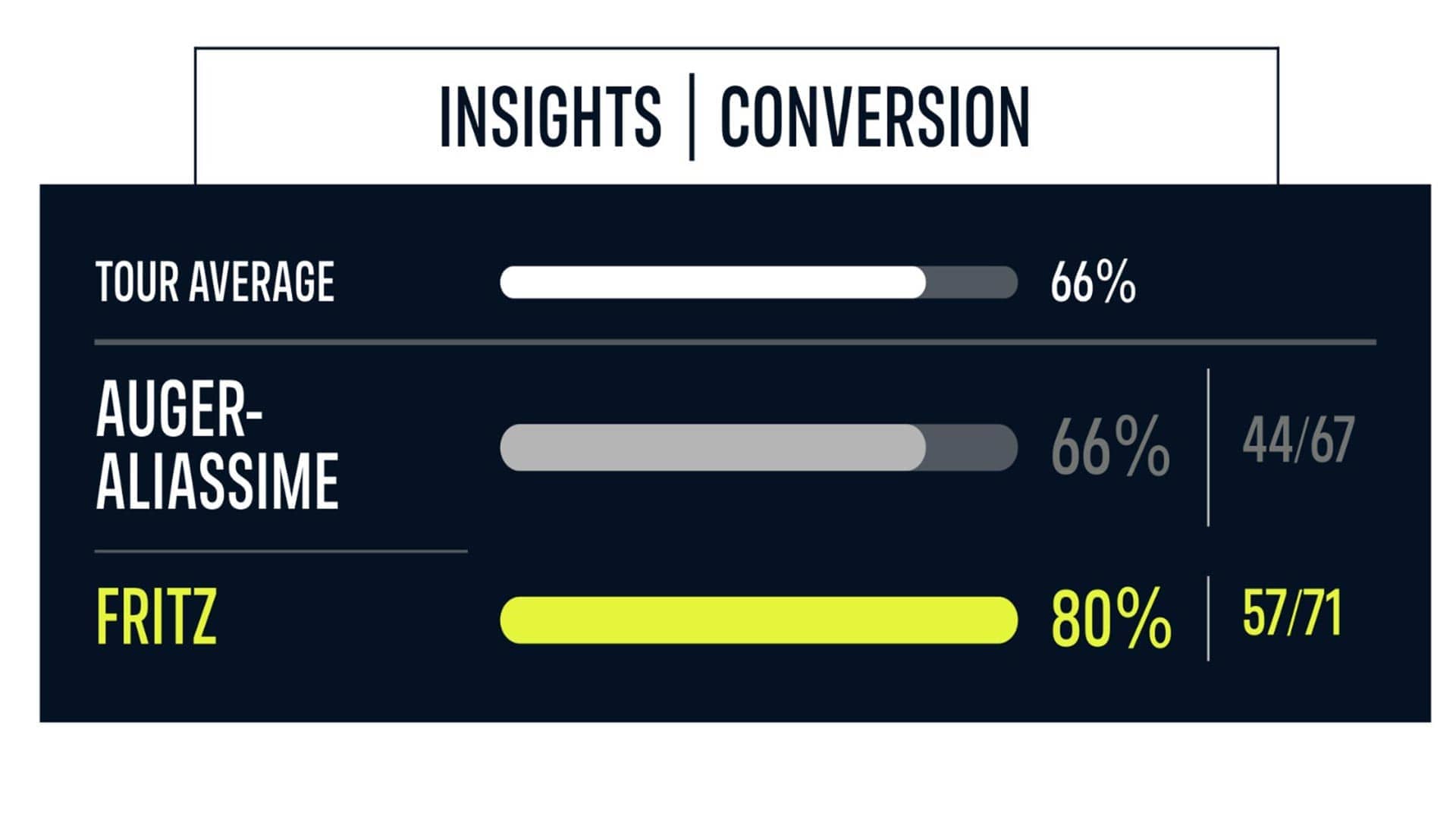 With his 45th tour-level win of the season, Fritz has improved to 2-0 in his ATP Head2Head series against Auger-Aliassime. Earlier this year, the 25-year-old captured his maiden ATP Masters 1000 title in Indian Wells, before he soared to crowns in Eastbourne and Tokyo.

Auger-Aliassime, who was making his debut in Turin, finishes the round-robin stage holding a 1-2 record. The 22-year-old lost to Ruud in his opening match before he defeated Nadal. In a standout season, the Canadian captured tour-level trophies in Rotterdam, Florence, Antwerp and Basel, holding a 57-27 record on the year.