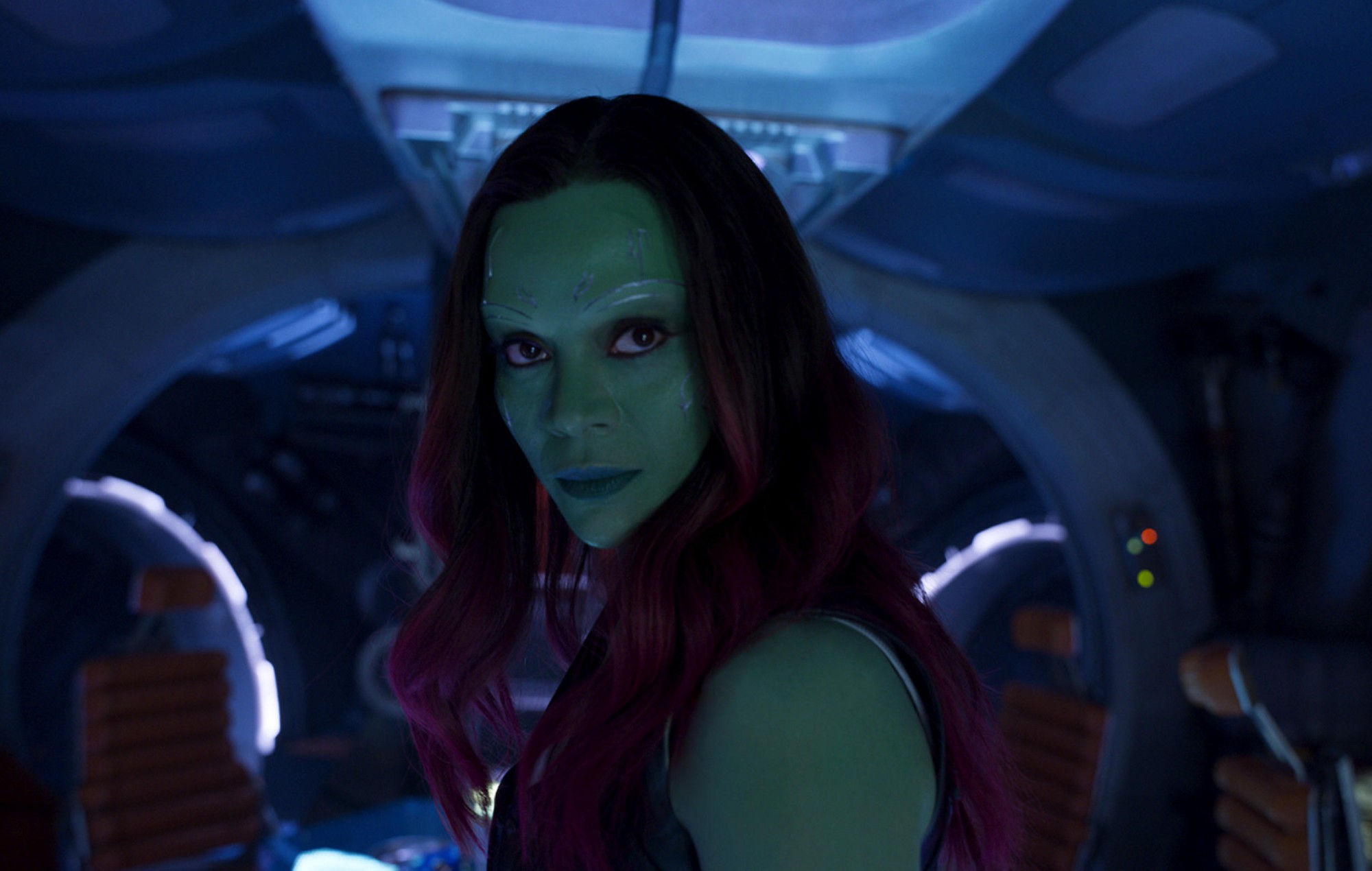 Zoe Saldaña has joked that she “wouldn’t be upset” if Gamora isn’t in future Guardians Of The Galaxy films for a specific reason.

The actor, who has played the Marvel Comics character in the MCU since 2014’s Guardians Of The Galaxysaid she won’t miss one part of getting into character.

“I can never say no to anything, but that green makeup? I wouldn’t be upset if it didn’t happen again,” Saldaña told Variety.

“I miss Gamora but I don’t miss 3.30 am calls and five-hour makeup sessions and trips to the dermatologist afterwards.”

The actor did however clarify her gratitude for the fans who have seen themselves in Gamora.

“Every time that you know that eight-year-old or that dad and mum or those generational fans that remind me that what I did was special to them, it makes me not be cynical about Marvel. It makes me understand that younger audiences should stop being overlooked,” she said.

“They have feelings too and if something impacts them, just because we consider it stupid or immature or cheeky, doesn’t mean it’s not special.”

Zoe Saldaña recently said she “felt bitter” when filming began on Guardians Of The Galaxy Vol 3as the cast and crew were “anticipating the end”.

“It was bittersweet because we’ve been told this is the last of the Guardians Of The Galaxy instalments. I know that Gamora has taken a different journey, so whether they continue, I don’t know what’s in it for Gamora in terms of if she’ll be a guardian again or not. It was bittersweet.

She added: “[Filming] started bitter in the beginning cause obviously you’re anticipating the end, but we ended on such a sweet note. I’m just so happy that once again I got to work with great people.

“I had an evolution that I witnessed of myself, but also of my director and my cast, I just felt very blessed and grateful. It was a very sweet departure, I have to say.”