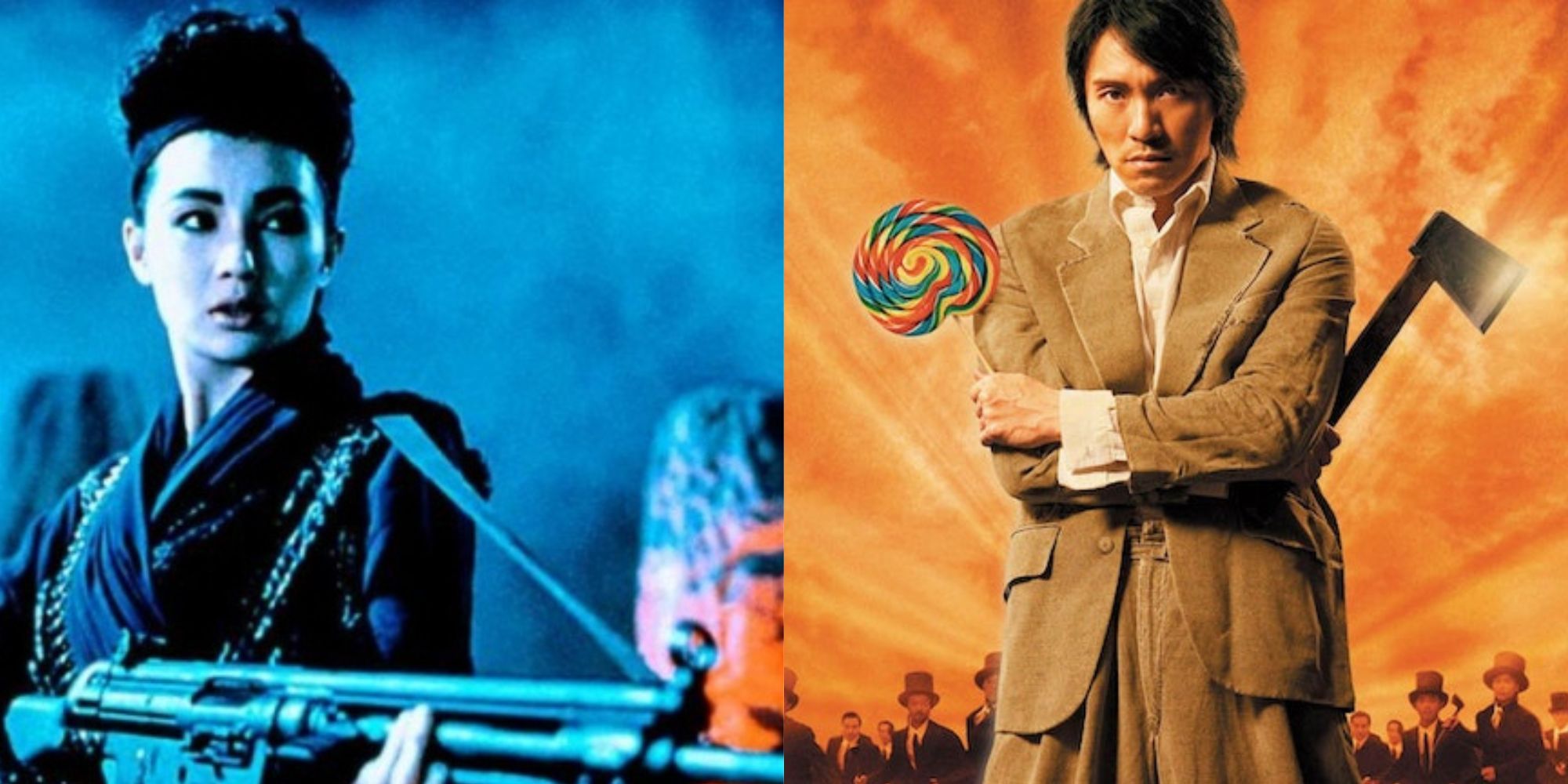 Ever since the world was introduced to the brilliance of one of cinema's greatest martial arts icons, Bruce Leeinternational audiences have developed an engrossing fascination with the sphere of kung-fu fighting, notably in following years with the international popularity of John Woo‘s action spectacles notably known as “gun-fu”.

Nevertheless, when it comes to Hong Kong's rich history of action cinema, there is so much more than just fist-fighting and gun-blazing. From wuxia films accentuating heroic bloodshed to triad violence fiestas with restrained values, Hong Kong Action Cinema never seems to disappoint with its extensive innovation and artistry.

RELATED: 10 Ridiculous Action Movies That Are Self-Aware of Their Ridiculousness

Delivering one of Asian action cinema's most prominent figures in the 90s, this Hong Kong martial arts film is the first installment of a long-running franchise consisting of six films and a television series.

Focusing on the life of folk hero Wong Fei-hung, Once Upon A Time In China (1991) finds the legendary Chinese martial arts figure pitted against foreign forces ravaging Chinese communities. Set in the late 19th century Foshan, the film sees popular action star Jet Li in one of his most charismatic roles where his authentic wushu skills are on full display.

Speaking of Bruce Lee's crucial contribution to action cinema, who can forget Fist of Fury (1972) where his dexterity with nunchucks was first illuminated, even giving audiences a glimpse of another martial arts superstar, Jackie Chan.

Lee plays Chen Zhen, a martial arts student sworn to avenge his beloved deceased teacher whose funeral is violently interrupted by people from a Japanese dojo. A revenge tale intertwined with themes such as Japan's history of colonialism as well as issues of grief, Chen becomes consumed with a vengeance as he confronts malign foreign forces whilst investigating his teachers' death.

Playing the roles of “Wonder Woman”, “Thief Catcher” and “Invisible Woman” respectively, the fate of these three women becomes entangled when a string of crime cases envelops where newborn babies who are repeatedly captured and delivered to a mysterious villain with superpowers known as the Evil Master.

Considered by Jackie Chan himself as his greatest action flick of all time, Police Story (1985) holds many large-scale action sequences balanced by a unique blend of action-comedy most popularly associated with Chan's signature style of martial arts.

The first film of the Police Story film franchise, the film follows police officer Chan Ka-kui (Chan) as he is assigned with protecting a key witness who will testify against a major Hong Kong drug dealer. Accused of murder as well as intentionally comedic misunderstandings, Chan must clear his name through countless demonstrations of his physicality and kickass fighting style.

A remake of the 1967 original film Dragon Gate Inn of great caliber, this wuxia action thriller not only entertains audiences with highly-choreographed martial arts and swordfighting sequences but incorporates hints of lyrical romanticism and black comedy.

Taking place during the Ming Dynasty ruled by a megalomaniacal eunuch, New Dragon Gate Inn (1992) mainly revolves around a group of justice-seeking vigilantes taking refuge in the Dragon Gate Inn located in the middle of nowhere. Run by outlaws with self-seeking interests and a penchant for violent outbursts, the vigilantes find themselves remaining on high alert at all times without a moment of relief to spare.

A salient contrast to To's previous film The Heroic Trio in terms of his approach towards action cinema in the early 2000s, Exiled is comparatively restrained and brooding when it comes to exhibiting the complexities of crime and gang violence.

When former mobster Wo (Nick Cheung) strives to turn over a new leaf with his wife and newborn child, a vengeful mob boss, who shares some bad blood with Wo in the past, intends on assassinating Wo by sending a group of skilled hitmen, who happens to be Wo's childhood friends. Unsurprisingly, the steadfast and trustworthy hitmen assigned themselves with a new task: protecting Wo at all costs.

The Hong Kong crime action thriller sees an ailing senior detective Chan Kowk-chung (Simon Yam) resorting to illegal means to put ruthless crime lord Wong Po (Huang) behind bars. Yen plays the hot-headed martial arts expert Ma Kwun who is set to replace Chan as the head of the police crime unit and is as dedicated as Chan when it comes to busting the notorious triad boss.

Before Martin Scorsese‘s Oscar-winning remake The Departed (2006), there is the Hong Kong action drama Infernal Affairs released in 2002 which pioneered a series of serious, artistically-challenging crime films in Asia.

The film revolves around Chan Wing-yan (Shawn Yue/Tony Leung) who is seemingly expelled from the police academy but has secretly become an undercover cop infiltrating the triad gang led by crime boss Hon Sam (Eric Tsang). At the same time, Hon sends a young gangster Lau Kin-ming (Edison Chen/Andy Lau) to the police academy to serve as his spy in the Hong Kong Police Force. Thus, a cat-and-mouse game has begun.

Based on the life of Ip Mana Wing Chun martial arts grandmaster and teacher of Bruce Lee, Ip Man (2008) is a biographical action film that focuses on Ip's life during the Second Sino-Japanese war between the 1930s and 1940s.

With Sammo Huang responsible for choreographing the fighting sequences, Donnie Yen assumes the role of Ip Man, quite possibly his most celebrated role to date, as the film chronicles the highs and lows of the martial arts master's rollercoaster-like life, from being the most skilled and wealthy martial artist in his town to working in a coal mine during Japan's colonialism of Foshan.

Being a hardcore fan of Bruce Lee and all things related to kung fu, it's a no-brainer that Hong Kong comedic genius Stephen Chow would combine his signature nonsensical comedy style with nostalgic martial arts elements that offer audiences captivating and at times, cartoonish visuals.

Kung Fu Hustle (2004) takes place in a town ruled by the notorious and formidable Axe Gang. When low-life hoodlums Sing (Chow) and Bone (Lam Chi-chung) are adamant about joining the infamous triad, they stumble upon eccentric residents who, during times of danger, revealed themselves to be kung fu masters defending their town against criminals.

NEXT: 10 of the Best Asian Arthouse Horror Films