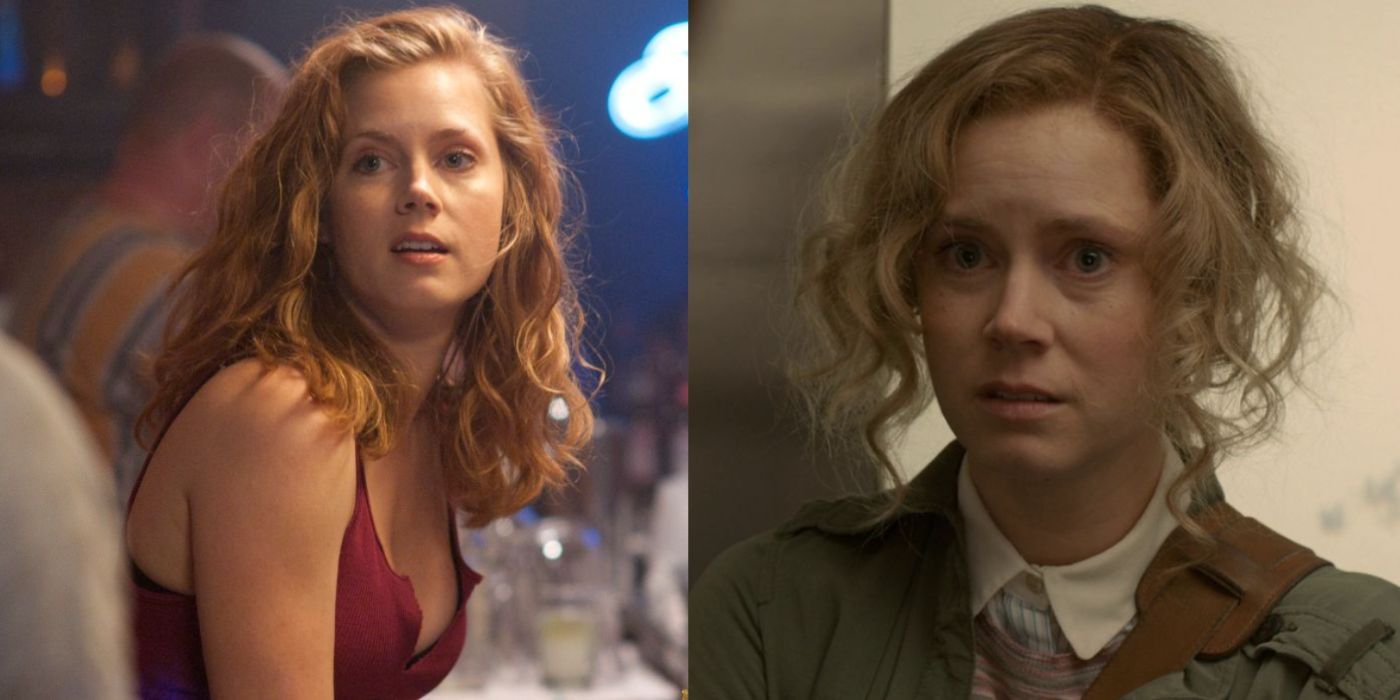 The family cult classic Enchanted has finally received its sequel, Disenchanted, and fans are excited to jump back in to catch up with the characters that they love. Among them, the great Amy Adams is blessing screens once again with her first feature film since Dear Even Hanson.

Amy Adams has been one of the most consistent actresses since she jumped into the industry over 20 years ago. She has been nominated for countless awards and has played some very memorable parts, and fans on Letterboxd love to comment on her talent. No matter the role, Adams is ready to deliver a powerful performance.

The Muppets film has a 3.5 on Letterboxd. Adams stars alongside Jason Segal in this family-friendly drama about the Muppets.

This is a performance that really showed Adam's range. Letterboxd user Luke McLaughlin also points this out when he says, “Amy Adams is a ray of sunshine. It's wild that The Fighter came out months before this; talk about range.” Adams's ability to act with the Muppets like any other actor is truly awesome to watch and makes the crowd, young or old, fall in love with her.

Enchanted is arguably Adams's breakout role and might be her most popular performance to date, as it is finally getting a sequel. The fantasy film has a 3.5 on Letterboxd.

Adam's portrayal of the bubbly princess Giselle warms viewers' hearts with every watch. Not only does this film strike a nostalgia bone for some viewers, but it is genuinely a good movie. Letterboxd user movie enjoyer says, “not to overreact, but this is the best movie ever made, and Amy Adams deserved an Oscar for it.” That may be a bit of hyperbole, but it's a role and movie that have clearly hit home with fans.

The Fighter sits at a 3.7. Adams plays the female lead in the one as it is about the true story of boxer Mickey Ward who tried to win the light welterweight title.

Even though this film has great performances from Christian Bale and Mark Wahlberg, Adams still stands out as she once again sets herself apart from other actors and actresses as one of the best in the business. Letterboxd user Shay seems to think Adams should have got even more praise for this role when she says, “Why didn't Amy Adams get an Oscar for this?…that's the most powerful performance and also the greatest acting I've ever seen” as she was nominated for the Academy Award, but did not get the win.

Nocturnal Animals has a 3.7 on Letterboxd, and this film has a star-studded cast. Adams graces the screen with the talents of Jake Gyllenhaal, Isla Fischer, and Aaron Taylor-Johnson.

Adams plays the captivating main character as she tries to decipher a manuscript that was written by her ex-husband. Adams dives into the world of neo-noir in this film as she works perfectly in this dark, gritty world. Peter on Letterboxd seems to enjoy Adams's performance as all he said about the film was, “Amy Adams :)”

Drop Dead Gorgeous has a 3.8 on Letterboxd and is directed by Michael Patrick Jann. This film takes place in the world of beauty pageants.

Adams has a smaller role in this film, and it's easy to forget that she was in it at all. This was one of her first appearances ever on screen, but she was quickly appreciated as a very funny actress, and her character Leslie was entertaining. Even though she is known as a very dramatic actress, it is parts like this that helped her get her start in the industry.

Doubt has a respectable 3.8 on Letterboxd. This is Adams's first film with Hoffman, and they are joined by the great Meryl Streep as this film tackles abuse in the Catholic Church.

Adams has another Oscar nomination for her role in this movie as well. Although she did not win, fans think she should have been rewarded as Letterboxd user Lucy exclaims, “WHY DOESN'T AMY ADAMS HAVE AN OSCAR YET.” This was Adams's biggest dramatic role to date, so Doubt really put her into the spotlight.

The Paul Thomas Anderson classic The Master has a 4.0 rating on Letterboxd. Adams teams up with Phoenix and Phillip Seymour Hoffman for this Oscar-nominated drama.

Adams plays the daughter of Hoffman's character, who starts a new religion after the second world war. She was on her game in this one, as her performance earned Adams an Academy Award Nomination for Best Supporting Actress. Letterboxd user NoahNator says it best when they simply state, “incredible acting all around.” Adams transfixes everyone with this performance and makes their eyes glued to the screen.

Catch Me If You Can has a 4.0 on Letterboxd. The legendary Spielberg films stars Leonardo DiCaprio and Tom Hanks, but Adams does have a smaller role as nurse Brenda Strong.

Brenda is one of Adams's most family-friendly characters and is DiCaprio's love interest in the film. Adams did a good job of making the viewer feel bad for Brenda as they all wanted it to work out with DiCaprio's Abagnale. Letterboxd user andrea agrees, saying, “I just watched Leo risk getting caught after two years of flawless check fraud just so he could settle down with miss Amy Adams.” It would be awesome to see Adams act with DiCaprio today.

Her sits just under Arrival with a flat 4.0. Adams stars alongside Joaquin Phoenix and Scarlett Johansson in this Best Picture nominee.

This film received a bunch of other accolades, including four other Oscar nominations, Golden Globe nominations, and a very respectable IMDb score. Adams has a very soothing demeanor in this movie which entrances the viewer. Letterboxd user shannon comments on this as she says, “Amy Adams has such a calming presence…I would trust her with my life.” Even though Adams was not center stage in this one, her performance left the viewer wanting more of her character.

Arrival has the highest score of any Amy Adams film, as it sits at 4.1. This science-fiction mystery sees Adams as Dr. Louise Banks, as she tries to solve why the aliens have visited Earth by communicating with their language.

This film is spectacular, and Adams is a big part of it. Letterboxd user #1 gizmo fan agrees as they say, “This movie is 100% a masterpiece…the acting, ESPECIALLY from Amy Adams, is wonderful.” Adams is truly able to embody this character and helps the viewer become fully emersed in the film's world. If people did not take Adams seriously before Arrival, they soon found out they were mistaken.

Next: Amy Adams' 10 Best Movies, According To Rotten Tomatoes