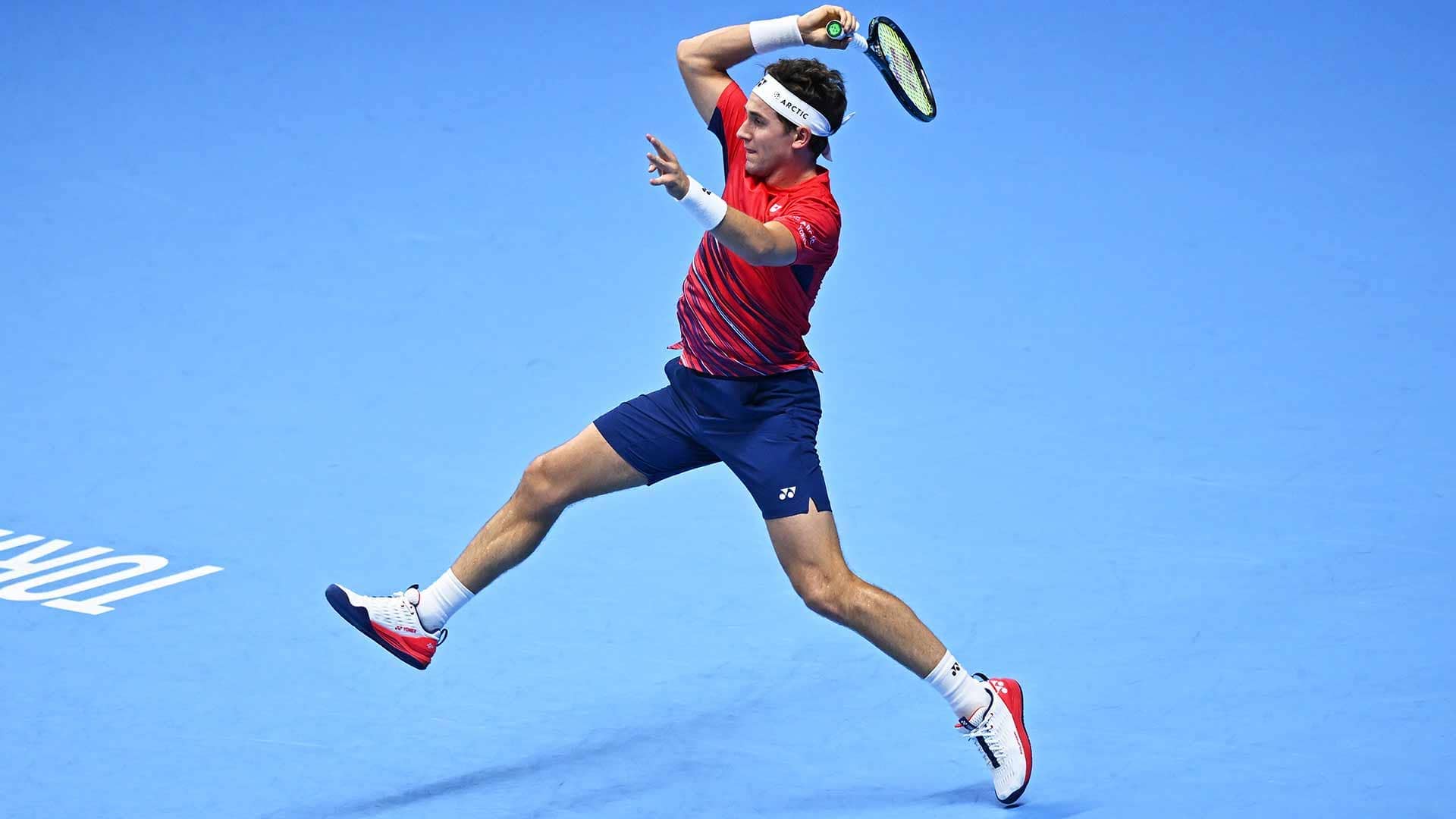 Casper Ruud delivered a ruthless semi-final display on Saturday night at the Nitto ATP Finals, where the third-seeded Norwegian dispatched Andrey Rublev 6-2, 6-4 in Turin to set a championship match clash against Novak Djokovic.

Ruud struck the ball with consistency and power and was clinical at key moments as he converted four of four break points to cruise to a comfortable victory at the Pala Alpitour. The only blip for the Buenos Aires, Geneva and Gstaad champion came at 5-2 in the second set, when he dropped his serve when serving for the match, but he held firm to seal his win in just 69 minutes.

Rublev had expertly maintained his focus to rally to a crucial three-set round-robin victory against Stefanos Tsitsipas on Friday night, but the sixth seed was unable to deliver a repeat performance against the rock-solid Norwegian as Ruud raced into the final on just his second Nitto ATP Finals appearance.

Ruud will be the first Scandinavian to contest a Nitto ATP Finals championship match since Sweden’s Stefan Edberg in 1990. Should he defeat Djokovic and clinch the title, the 23-year-old will pass Rafael Nadal to end the year as No. 2 in the Pepperstone ATP Rankings.