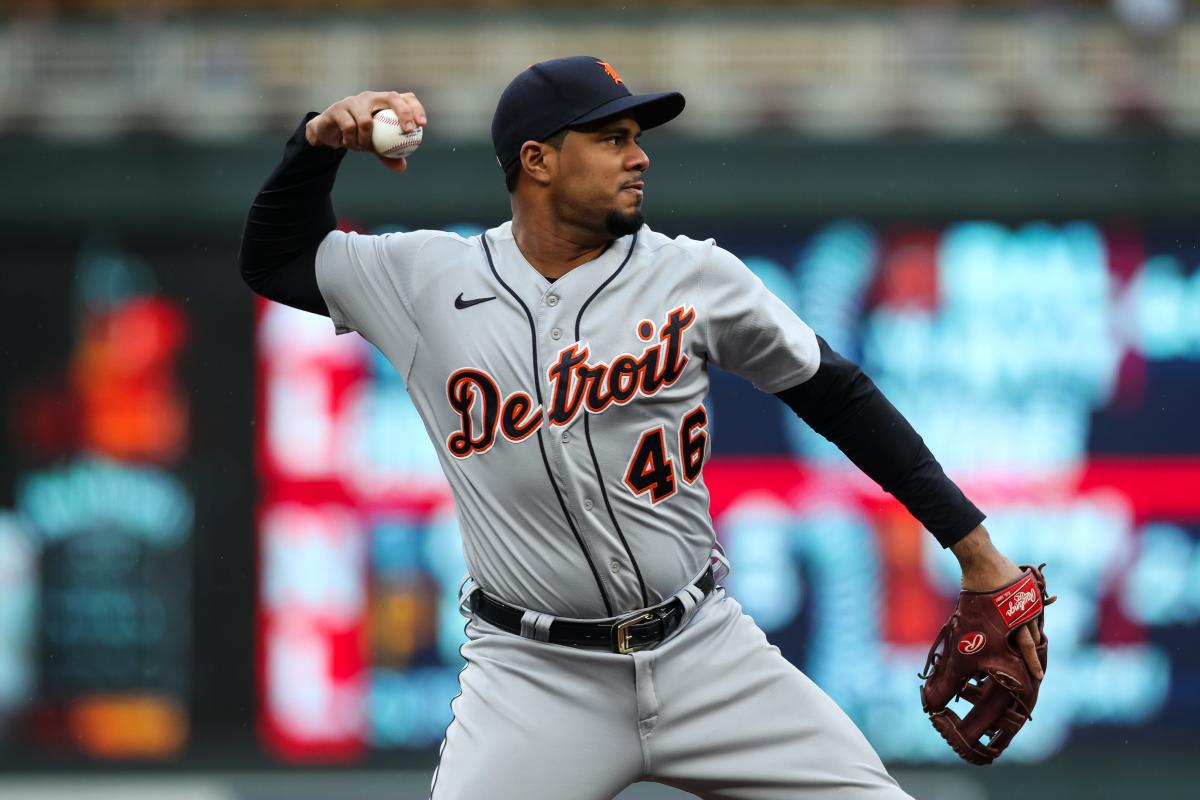 Jeimer Candelario won't return to the Detroit Tigers for the 2023 season.

The Tigers non-tendered Candelario ahead of Friday's 8 p.m. deadline, meaning he immediately became a free agent for the first time in his career. He was projected to receive $7 million in his final year of salary arbitration.

Candelario, who turns 29 on Thanksgiving, played for the Tigers from 2017-22. He ended last season as the third longest-tenured Tiger in the big leagues, behind designated hitter Miguel Cabrera and right-handed reliever Joe Jiménez.

The Tigers recently approached Candelario's representatives to inform them the organization wouldn't tender their client a contract for the 2023 season, according to a source with knowledge of the situation. The Tigers then offered to sign the longtime third baseman to a one-year deal at a cheaper rate than his projected salary.

The two sides negotiated but didn't get close to an agreement.

“He fits that position playing group that we're looking to address,” Scott Harris, president of baseball operations, said Nov. 8 at the general manager meetings in Las Vegas. “He is still a very talented player, but as we look to create a collection of position players that really fit together, one advantage that he has is he's a switch-hitter, so that helps give him more opportunities to find his way into the lineup.”

MORE ON THIS: Digging into decision facing Tigers and Jeimer Candelario. Here's what numbers say

The switch-hitter posted a 23.3% strikeout rate, consistent with his career average, and a career-worst 6.0% walk rate, much worse than his 9.6% career average. He also had a career-worst 33.5% chase rate, and his 80 wRC+ — a measurement of his overall offensive production — ranked 27th among 28 third basemen with at least 400 plate appearances.

MEET THE MAN: What makes Scott Harris the leader to believe in for Tigers' next generation

In 2020 and 2021, Candelario profiled as a completely different player. He combined for a 10.2% walk rate over 201 games, and his 125 wRC+ between the two seasons ranked sixth-best among third basemen. Both seasons, Candelario won the Tiger of the Year award. In 2021, he tied Bryce Harper, J.D. Martinez and Whit Merrifield for MLB's lead with 42 doubles.

From 2020-22, Candelario's 109 wRC+ ranked 19th among 38 third basemen with at least 700 plate appearances. Brandon Drury, the best third baseman on the free-agent market, ranked 15th with a 112 wRC+. Aside from Drury, the market for third basemen is extremely thin.

For now, the Tigers don't have a clear replacement for Candelario.

Candelario, a below-average defender at the hot corner, played 563 games for the Tigers from 2018-22, more than any player on the team during the five-year span. In July 2017, the Tigers acquired Candelario (and Isaac Paredes) from the Chicago Cubs in exchange for Alex Avila and Justin Wilson.

Those four players, plus Alexander and Meadows, are set to return in 2023.

Harold Castro, who turns 29 in late November, doesn't fit Harris' blueprint for the future of the Tigers, considering his high chase and low walk rates, but his bat-to-ball skills made him an interesting case. Ultimately, though, the Tigers chose not to bring him back. The left-hander hit .271 with a career-high seven home runs, 17 walks and 76 strikeouts in 120 games.

Willi Castro, like Harold Castro, doesn't fit Harris' plan for the future. The 25-year-old chases too many pitches and rarely draws walks. He hit .241 with eight homers, 15 walk and 82 strikeouts in 112 games. His strikeout rate improved from 24.2% in 2021 to 20.9% in 2022 because of a boost in contact rate. Manager A.J. Hinch was fond of Castro, despite minimal development on offense, and played him at six positions last season.

Before being non-tendered, Harold Castro and Willi Castro were projected for $2.6 million and $1.7 million, respectively, in salary arbitration.

Players on the 40-man roster with less than six years of MLB service time must be tendered contracts each winter. If a player isn't granted a contract, he is considered non-tendered and becomes a free agent.

For a player to be arbitration-eligible, he must have accrued three or more years of MLB service (or receive Super Two status by debuting early in their rookie seasons). Arbitration-eligible players with tendered contracts have until mid-January to negotiate salaries with their team. If the two sides can't agree, an arbitration hearing will be scheduled in February.