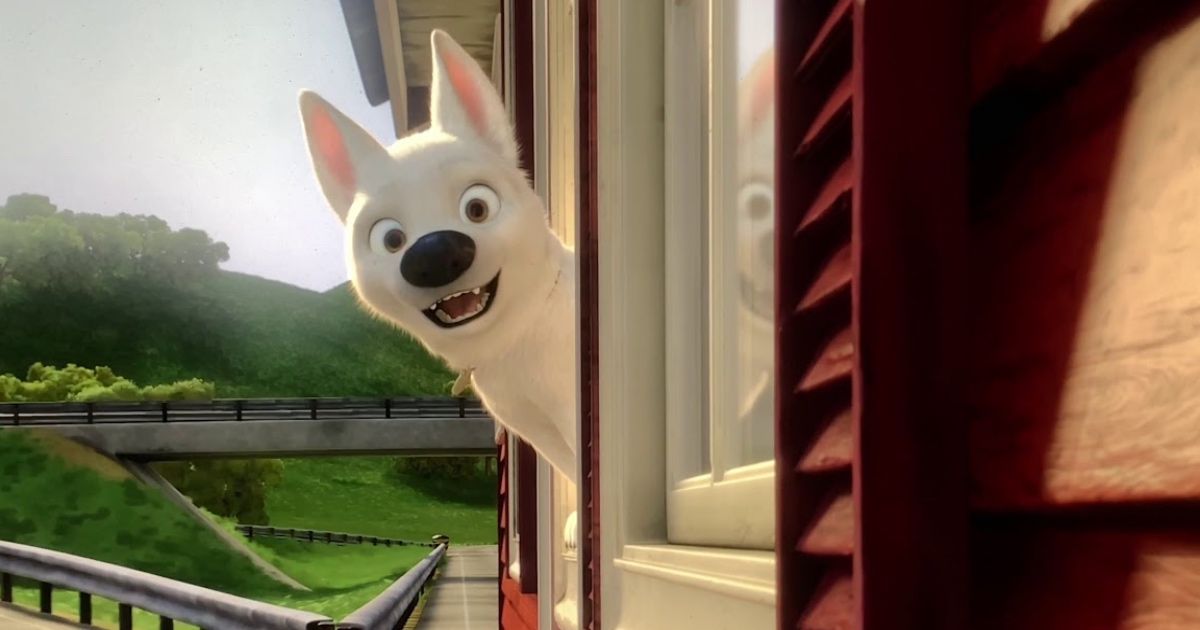 Dogs are some of the most loyal friends that we humans have on this planet. For centuries, they've stuck by our sides through all of life's ins and outs, reminding us to be grateful for the little things that make the everyday more wonderful. Whether they're big or small, their presence can always complement ours. The 2021-2022 APPA National Pet Owners Survey revealed that 69 million homes in America share their space with a dog, emphasizing the important impact they have on so many of our lives.

Animation has so often centered around animal characters that it would be impossible to exclude the cherished canine from our memory of this visual storytelling style. While some films and shows utilize animation to bring attention to the darker aspects of being an animal, most of them champion the warmth and happiness that these creatures bring into our world. Through any portrayal, animating dogs has proven to capture their exuberance, endurance, and faithfulness. These are the most essential animated dog movies, ranked.

As one of the more recent examples of the life-altering impact that dogs can provide, DC League of Super-Pets reminds viewers that animal assistance can come in all shapes and sizes. The story initially highlights the closeness between Superman and Krypto the Superdog, until the human members of Justice League are taken captive. Krypto has to gather a multitalented team of furry superhero sidekicks, including Ace the boxer, showcasing how shelter animals can become heroes in their own unique ways. According to PetKeen via ASPCA statistics, “6.3 million companion animals enter U.S. shelters each year” – and of those, only 4.1 million will find homes during that time period.

The Secret Life of Pets is a bright and funny film, with smooth animation bringing the vivacious world of domesticated animals into viewers' imaginations. Max is a small pup with a charmed life in New York City – his owner Katie and his nearby friends are all he needs to be happy. But Katie comes home one day with a gigantic dog named Duke, whom Max quickly views in a negative light. A mishap leads both dogs to learn an important lesson about togetherness after they end up stranded in the city, coming into contact with all kinds of creatures in the Big Apple.

The Fox and the Hound is a classic tale of forbidden friends: hunting hound-to-be, Copper, and a young fox named Tod, who is taken in by a farmer. The two create an instantaneous bond, which Tod's found family in the forest warns against. As the fox and the hound grow up, their initial closeness becomes more complicated as their true natures and expected purposes start to come into the open. Despite these assumptions, the duo eventually teaches everyone the depth of their friendship. The Fox and the Hound showcases the sweet and sympathetic nature of dogs, and the idea that some canines can be a friend to just about anyone.

One of Tim Burton's stop-motion works, Frankenweenie is a spooky story portrayed in black and white. The film illuminates the bond between one boy and his canine companion – so strong that it transcends the ultimate tribulation for a dog lover. Sparky, Victor's beloved dog, is full of life, until an accident ends Sparky's life much too soon. As a science fanatic, Victor latches onto the idea of bringing Sparky back to the land of the living himself, resulting in some kooky consequences for his town. Ultimately, Frankenweenie reminds us how the deepest furry friendship can't be deterred by an untimely demise.

Before the 2019 re-imagining, the original Lady and the Tramp brought the sweet love story between the two main characters to life decades ago. Cocker spaniel Lady is a cherished canine until her owners leave Aunt Sarah in charge of the home for a while. A rude awakening at the hands of two Siamese cats leads Lady into the streets, where she bonds with the troublesome Tramp and falls head over heels for him. This tale is one of Disney's classic works of animation, revolving around love and devotion in many forms.

All Dog Go to Heaven is one of the most fondly-remembered animated animal adventures hailing from the '80s. Its example of heaven is a glittering and cloudy wonderland, where just about every canine winds up after death. German shepherd Charlie ends up in paradise after his untimely passing, and soon finds himself back in the mortal world to wrap up some loose ends. Instead of fully falling victim to continuing Carface's cycle of cruelty, Charlie meets young Anne-Marie and the two become as close as family. All Dogs Go to Heaven shows how quickly friendships can be formed between lonely hearts, especially when a dog is involved.

Another classic Disney piece, One Hundred and One Dalmatians follows the growing family of pup parents Pongo and Perdita, on the run from imminent disaster. The famous villain Cruella de Vil makes an appearance, detailing her hellish goal of turning Dalmatian puppies into coats made from their real fur. When Perdita's initial litter of 15 pups is snatched up by de Vil, she and Pongo embark on a mission to bring them back safely – finding 84 additional living puppies in the process. With so many canine counterparts, their comedic and cute personalities shine as they navigate their way to safety.

Bolt is a warm-hearted and exciting story, following one dog's journey to regain his supernaturally spectacular life. The TV show he stars in is only a fictional version of the real world he's been shielded from since he was a puppy, which he doesn't fully realize until much later. Accidentally ending up across the map from his Hollywood home, Bolt reckons with his status as a seemingly normal dog to get back to his owner, Penny. Bolt examines the little pleasures that dogs enjoy every day, like hanging their heads out the window and always protecting their people, and teaches important lessons about loyalty.

Bringing the real story of the hairy hero back into the minds of viewers everywhere, Balto expands on the true tale of a sled dog team's 1925 voyage to save Nome, Alaska, from diphtheria. In the film, Balto is half-wolf, half-dog, who strengthens his bad reputation when he steps up to help the team in search of delivering medicine. Despite this sweeping fictional retelling, the real Balto was fully dog, with no wolf blood at all. Interestingly, the National Park Service reminds audiences of the truth behind the mission: “Though Balto often gets the credit… it was Togo, a Siberian Husky, who led his team across the most dangerous leg of the journey.”