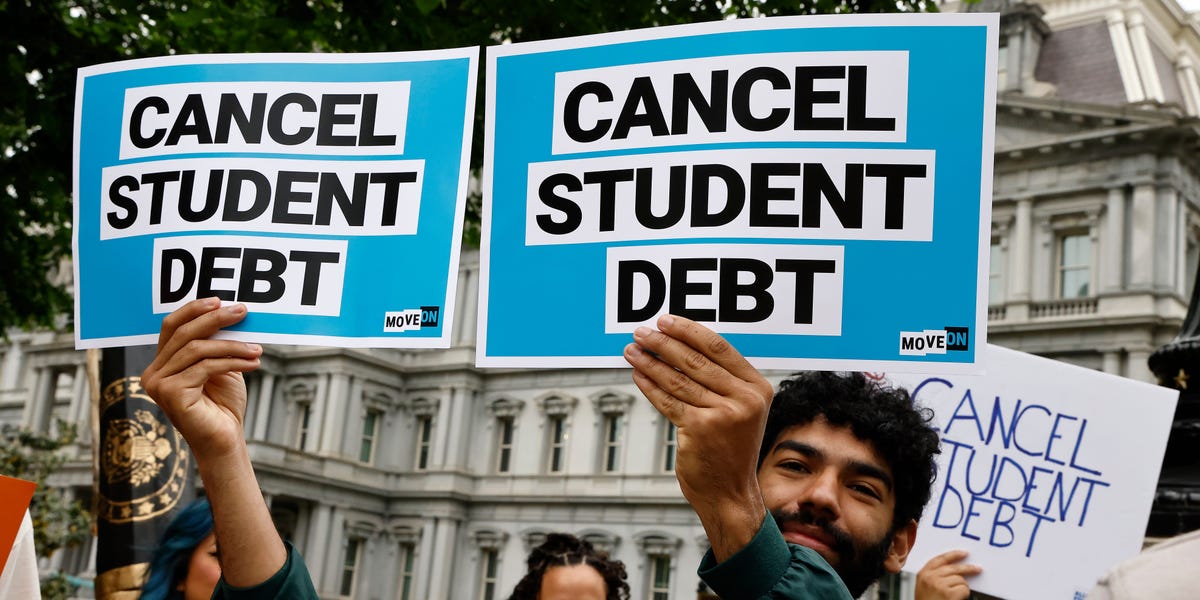 One day after asking the Supreme Court to save its student-loan forgiveness plan, the Biden administration has started notifying some applicants they've been approved.

On Saturday, the Department of Education began sending emails to borrowers, alerting them of their debt relief approval, and also providing details about lawsuits that are delaying implementation of the program.

In an email reviewed by Insider, Education Secretary Miguel Cardona wrote: “We reviewed your application and determined that you are eligible for loan relief under the Plan. We have sent this approval on to your loan servicer. You do not need to take any further action.”

Cardona added the administration believes the lawsuits are meritless and that the Department of Justice has made an appeal on the behalf of borrowers. “Your application is complete and approved, and we will discharge your approved debt if and when we prevail in court,” Cardona wrote.

On Friday, the Justice Department urged the Supreme Court to allow Biden's plan to move forward after a lower court blocked it from taking affect in October. Biden's plan would forgive up to $20,000 in student debt for federal borrowers.

The filing asked the Supreme Court to lift a ruling handed down Monday by an appeals court that continued the pause on the debt-relief program. The lawsuit was brought by six states run by Republicans who argued the administration is  overstepping its executive powers and that they could suffer financial losses due to the loan-forgiveness plan.

According to the Biden administration, around 26 million people applied for student-loan relief and 16 million of those applications have been approved. After being suspended during the pandemic, payments on student loans are set to begin again in January.