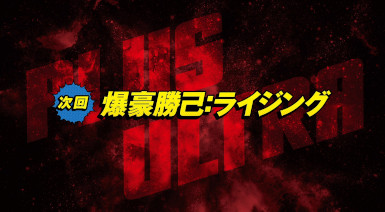 We’ve seen some tough times for the heroes in HeroAcbut nothing before to rival this. It’s almost unfair, really, what they’re up against. Indeed, one challenge Horikoshi-sensei has set for himself is making things seem so hopeless that making any hero comeback plausible is going to be difficult. As I said last week, if Gigantomachia isn’t even your biggest problem (practically if not literally) you’re up shit creek without a paddle.

Have the good guys brought this on themselves? Ultimately I think that’s one of the questions Boku no Hero Academia is asking, though I don’t think the answer it offers is clear cut. There’s an arrogance that’s a contributing factor to this crisis, no question. As with Stain (though less so), it’s undeniable that some of the grievances the villains – from Shigaraki to the Paranormal Liberation Front – raise are not groundless. It’s undeniable that hero-driven society has left a lot of people behind (a subject the fascinating and sadly overlooked spinoff manga Vigilante also explores). But I think this story also tells us that sometimes people are just evil and need to be dealt with – and that entails some hard but unavoidable choices at times.

Whatever lead us to this moment, we have children fighting the most powerful villains in the land because there’s no one else to do it. Momo’s leadership keeps her troops in line, and they team up to draft a plan – using a mix of their quirks they’ll trap Giganto in the mud, and use her Momo-produced tranks to bring him down. It’s not a bad tactic, and – as Compress observes – the presence of the other League members on his back is tying Gigantomachia down somewhat. He’s under orders to deliver all of them to Shigaraki, not just himself – which means he can’t take any action (like burrowing his way underground) that will leave the others dead or captured.

Still, those passengers are no slouches in the quirk department, and they have means to come to the big guy’s defense. That stops Kaminari dead (but alive) in his tracks, and throws up a big obstacle when Dabi sets the surrounding forest aflame. But after a bit of back and forth Mt. Lady manages to get the big galoot’s mouth open, giving Ashido – using her “Acid”quirk to shield herself from the flames in a viscous blanket – a perfect opportunity to get the drugs into the Goliath’s mouth. But an ill-timed attack of PTSD foils that, leaving it to kirishima to finish the job. But even that, sadly, doesn’t finish the giant.

As bombastic as all that is, it’s only the appetizer for the main event. Shigaraki seems to be a good advertisement for the idea that hate – which he has in unlimited supply – can drive someone to superhuman feats of strength and endurance (though laboratory enhancement doesn’t hurt). Nothing Endeavor can throw at him is enough to bring him down, no matter how many hit points he loses. Given Gran Torino’s history with Shimura this is truly a fated collision, even if Shigaraki is probably unaware of that connection. As old as he is Gran Torino had to come into this conflict knowing it might be his last, and things aren’t looking good for him after that blow he took from Shigaraki.

That blow knocks the discretion clean out of Deku, and he flies into action heedless of Endeavor’s admonishments to stop. Deku throws everything he has at Shigaraki and it still isn’t enough, and when he realizes that his opponent has smuggled a deleter round into the battle, he unleashes something we’ve never seen from him – “One For All” 100%. Who knows what sort of damage that will do to his body, but at the moment that isn’t even the most pressing problem. Once that round strike Aizawa-sensei, Deku is in the worst possible place anyone could be.