England must pick between Dier, Stones or a back four if Walker doesn’t make it 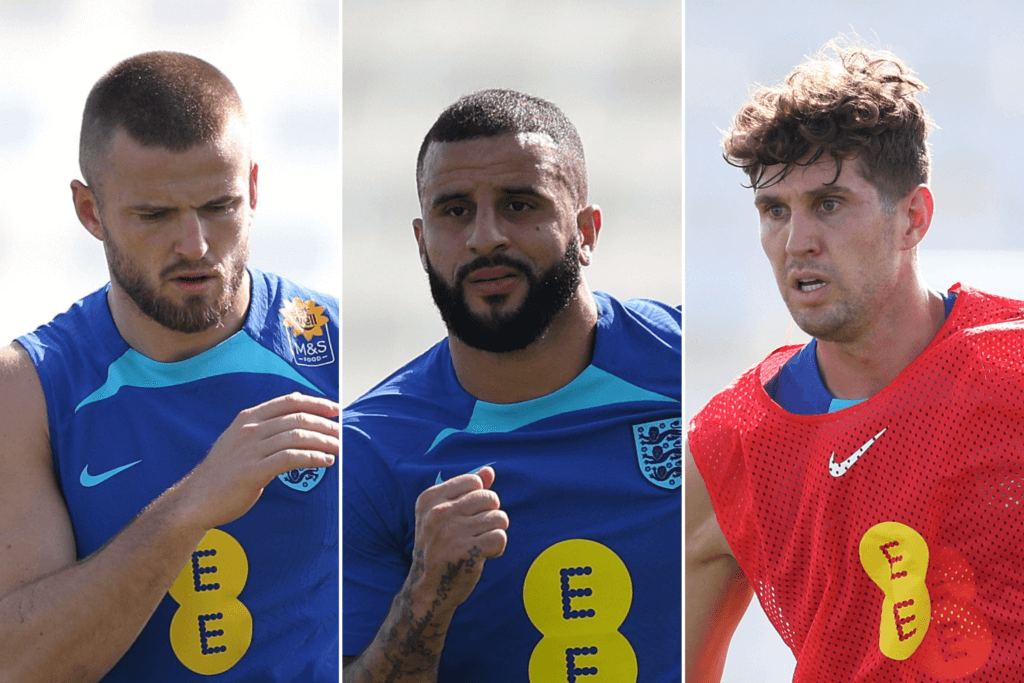 Write a list of the most important players over the whole course of the Gareth Southgate era.

Obviously, Harry Kane would be top. Then most people would have Raheem Sterling, probably Jordan Pickford and then Harry Maguire, in more or less that order. John Stones would be next and maybe then — competing with Kieran Trippier — most would put Kyle Walker.

But that feels like a huge underestimation of Walker’s almost unique value to this England squad.

He has arguably been the most tactically important player to their past two tournament campaigns: his pace and sense of timing allowed Southgate to play a back three at the World Cup in Russia four years ago, and then to switch between the Plan A 4-2-3-1 and a Plan B 3-4-3.

Walker is the man who makes the back three work.

There is no way England would be able to play Maguire and Stones high up the pitch, with attacking wing-backs on either side, unless they had Walker there as an effective fail-safe, able to recover against pace in behind, and defend the width of the pitch if his wing-back pushes on.

Take Walker out of this team and you have a slow, unbalanced defence which will have to drop off just to cover itself.

But that is probably the situation that Southgate finds himself in, as he prepares his team for the Group B opener against Iran tomorrow (Monday) at Doha’s Khalifa International Stadium.

Walker has not played since he was injured for Manchester City in their 6-3 derby thrashing of United on October 2, requiring him to have groin surgery. That meant this first game in Qatar was always going to be a race against time.

Even at last week’s squad announcement, Southgate only promised the 32-year-old would be available “before the end of the group stage”. Although Walker has had some involvement with training this week, the expectation is that the Iran match has come too soon for him.

This puts Southgate in a difficult position. 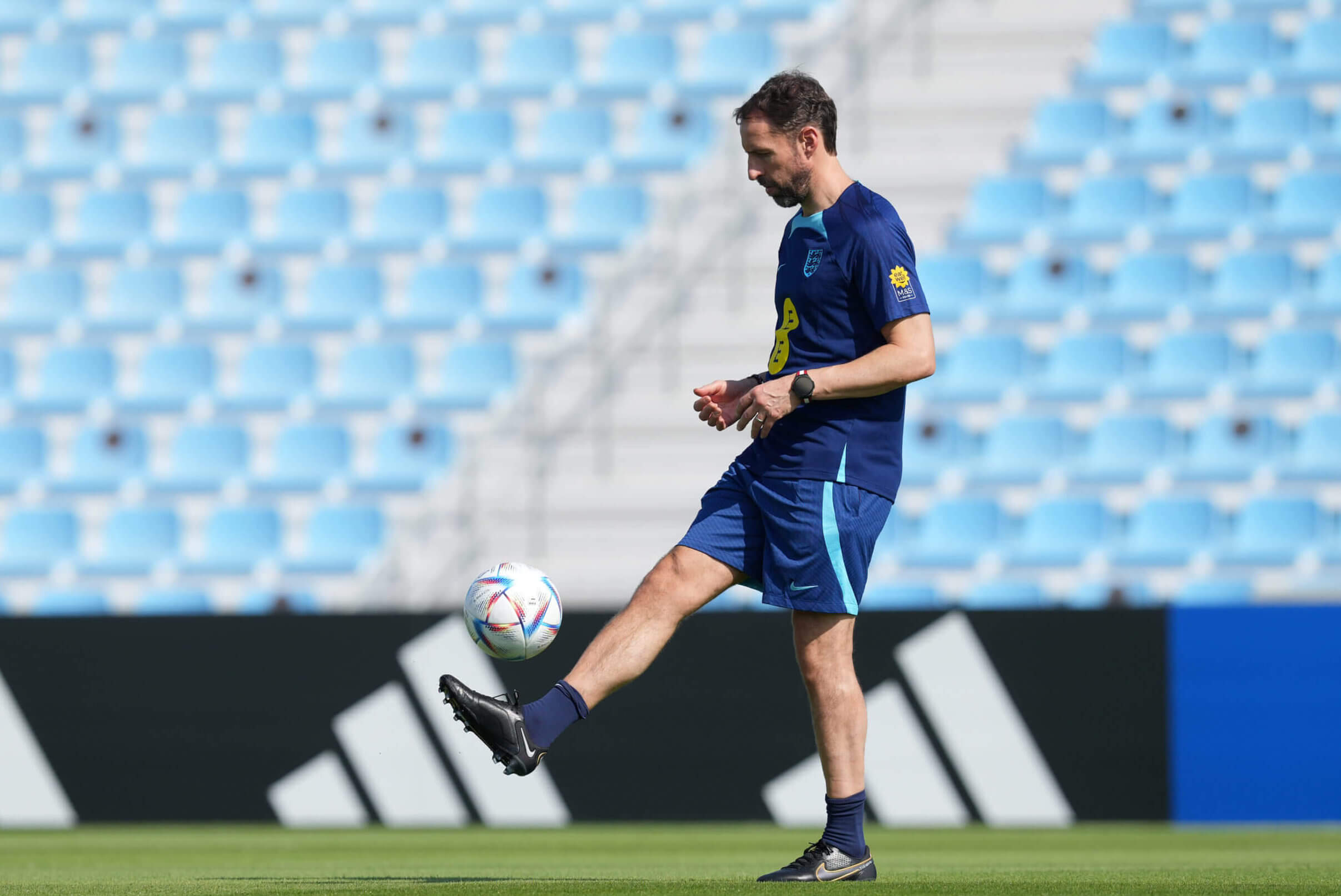 Walker is one of the stalwarts of recent major tournament campaigns.

At the European Championship last summer, whether he was playing at right-back or on the right of a three, he started six of England’s seven matches. The only one he missed was the goalless draw with Scotland in the middle group game, when Southgate went for Reece James instead.

Four years ago, Walker started five of England’s seven games at the World Cup. The two he missed were both times when Southgate effectively de-prioritised the game by changing most of the team: against Belgium in both the group-finale dead rubber and the third/fourth play-off. On each occasion, he was replaced by Phil Jones.

Go back to the increasingly dim and distant pre-Southgate era, to Roy Hodgson and Euro 2016, and a 26-year-old Walker was first-choice at right-back in a back four. He started three of their four games, missing out (for Nathaniel Clyne) only when Hodgson went for a mass rotation policy in the final group match against Slovakia.

So of the past 18 games England have played in major tournaments, Walker has started 14. Of the four where he did not, two were essentially meaningless fixtures in 2018, and another was that experimental evening in Saint-Etienne two years before.

The last time England went into a major tournament without Walker, then, was the 2014 World Cup, which he missed through injury having started half the 10 qualifiers. Hodgson had Glen Johnson playing on the right of a back four also including Phil Jagielka, Gary Cahill and Leighton Baines as England failed to get out of their group in Brazil.

All of which brings us to the question of what Southgate will actually do tomorrow.

Let’s assume for now that he will stick with the back-three system — the formation he used in England’s previous two games, Italy away and Germany at home in the Nations League in September. In Milan, it was Maguire, Eric Dier and Walker as the three. At Wembley three days later it was Maguire, Dier and Stones, the latter taking club colleague Walker’s role before going off injured in the first half, forcing Southgate to bring Walker himself on.

Maybe Stones is the obvious answer this time, too.

That would allow Southgate to keep Dier in the middle of the back three, and Stones could offer a bit more adventure and precision with the ball to his right. Stones is mobile, although plainly not as quick as Walker, and you do wonder whether he would be quick enough overall.

An alternative would be to deploy Stones in the middle centre-back and have Dier play to his right.

That might sound unusual but Dier has started three of Tottenham’s last four games on the right of a back three, filling in for the absent Cristian Romero. And when asked in Saturday afternoon’s press conference, he said he was happy in a role Mauricio Pochettino first gave him five years ago.

“I’ve been playing in the middle for a long time,” Dier said, when asked about his switch to the right of the three. “For me it was a different experience, but I’ve played in that position a lot under Pochettino. When I played for Tottenham in a back five I always played on the right, so it wasn’t completely new to me. I think I can play in any position, really, in defence.”

‘It changed my life' – Shearer, Kane and Lineker on scoring for England at the World Cup

Asked whether he would be happy to play in the middle of the three, on the right of it, or anywhere else, Dier was clear. “I’ll play in goal if I have to — it’s a World Cup,” he said. “I’ll take whatever chance I get. I feel completely comfortable in any position in defence, whatever position. I believe in myself to be able to play in any one.”

A clear answer then, and Dier certainly has the experience to slot straight in. Like Walker, he is a veteran of not only the 2018 World Cup (Dier missed selection for last year’s Euros) but also Euro 2016.

Equally, Southgate may be conscious of the fact that Dier’s club form has been shaky ever since he returned to the England set-up in September after 18 months out of the squad, and that errors have crept into his game.

If Southgate decides not to bank on experience then perhaps the answer will be Ben White.

Although White does not have the same experience as Dier, he plays a role on the right of Arsenal’s back four in such a way that should give him the skills to play on the right of a three for England. He hasn’t played a minute of competitive football for England in his four caps but is in excellent form and has been around enough of Southgate’s camps to have a good idea of what he is meant to do.

Or maybe this is all just over-complicating a simple matter.

What if England do not play a back three against Iran but instead field a back four? Remember, they played a back four in three of their four Nations League games in June and before that in five of those seven games at the Euros last summer.

Southgate will want to have two available systems for this World Cup, not just one. (One of the manager’s main takeaways from Russia 2018 was that England only had one tactical plan, the 3-5-2, with no alternative when that semi-final against Croatia was getting away from them.)

So maybe the 3-4-3 will be kept on ice, for now at least, and Southgate will face Iran with a back four. Trippier can replace Walker at right-back, Stones can partner Maguire in the centre and, crucially, England can get one extra attacking player on the pitch. On paper at least, it makes perfect sense.

And then, all being well, Walker can come in to resume his normal, crucial role later in the tournament.

Is this Gareth Southgate's last stand?