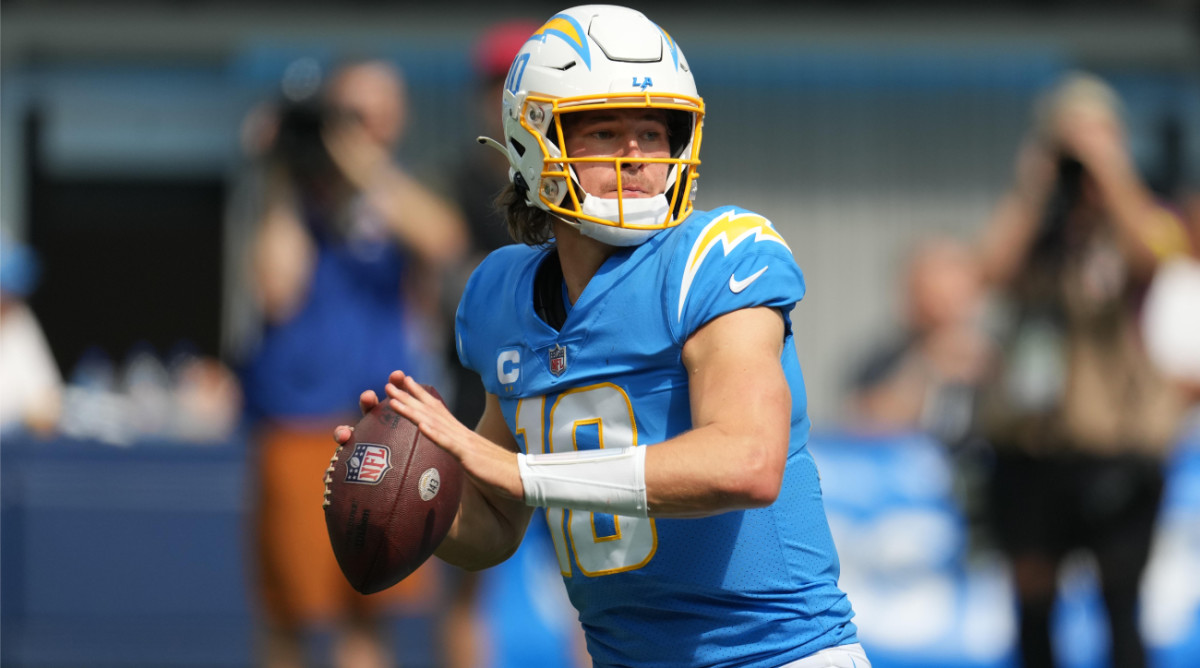 Here’s hoping you woke up to better weather this weekend than the thundersnow that hit Buffalo. Thankfully, the Browns-Bills game was moved to Detroit and will kick off as planned—just at Ford Field instead of Highmark Stadium.

In other football news: The World Cup begins today! Before NFL Sunday kicks off, you can watch host country Qatar take on Ecuador on FS1 starting at 11 a.m. ET. And find all of SI’s soccer coverage here, from power rankings to predictions and more.

Who’s In, Out and Still Questionable

This is a tough bye week for fantasy teams to maneuver, specifically at the wide receiver position. That’s the position with the bulk of the injuries on this week’s report.

Good news came in overnight for the Ravens and Chargers injury-wise as both teams are expected to get most of their stars back – welcome boosts to teams fighting for playoff position. As games kick off throughout the day, keep monitoring the status of Kyler Murray and DeAndre Hopkins for the Cardinals’ Monday night game and have a pivot in mind for each player.

Beware the road favorites this week. Six away teams are giving points (though one is at a neutral site), though most spreads this week are rather close. There’s only one double-digit line and the majority of games are expected to be decided by less than a touchdown.

Can Jeff Saturday lead Indianapolis to another win? Whose season essentially ends today in the Raiders-Broncos battle? Can the Vikings stay undefeated at home when the Cowboys come to town? And do the Chargers look more like a playoff team when Justin Herbert gets his receivers back against the Chiefs? We’ll get answers to all these questions and more across a loaded NFL Sunday.

There’s plenty of division games going on that will shape the playoff race and the game that I’m going to be monitoring closely today is Jets-Patriots. New England has owned New York for years—I think that streak continues, which is why I picked the Pats to cover as my Perfect 10 pick. See who all of my colleagues are on this week and if you want to participate, just go to SI Sportsbook and pick 10 games against the spread for a shot at a $10,000 prize!

Byes and injuries certainly limit your available starting options this week. So with certain stars sidelined, it’s essential to make the right decisions when it comes to replacing their production in your lineup.

Our team is dedicated to helping you make the right calls. Before lineups lock after kickoff, sort through the Week 11 cheat sheet, the daily fantasy recommended players, Michael Fabiano’s famous Start ‘Em, Sit ‘Em and the rest of the tools at si.com/fantasy.

If you still have lineup questions, we’ve got two ways to answer them. Check out the weekly Twitter Spaces at noon @SINow or @SI_Fantasyhosted by our experts, or you can tweet me @SI_Fantasy or @Kkylewood with your start/sit questions.

SI’s College Football Top 10: Tennessee suffered a crushing blow to its title hopes on Saturday when it lost 63-38 (not a typo) to South Carolina. Michigan, Ohio State, TCU and USC all survived near upsets and Georgia was played close by Kentucky but ultimately won by two scores.

Fantasy Football Playoff Schedule: Check up on how easy or difficult Weeks 15-17 are for your quarterbacks, running backs and wide receivers on your fantasy teams to brace yourself for what’s ahead.

USMNT Prepares for Wales: The first game for the national team is Tuesday against Wales and Gareth Bale, a constant threat to score, will become the first MLS player to oppose the U.S. in a World Cup when he takes the pitch.

OBJ to Visit Cowboys, Giants: The veteran free agent receiver will reportedly meet with his old team and one of its division rivals after Thanksgiving as he decides which team to ultimately sign with. Beckham is recovering from a torn ACL and his return has been a topic of conversation, specifically for wide receiver-needy teams.

Thanks for reading! Best of luck today, and I’ll talk to you again Tuesday.