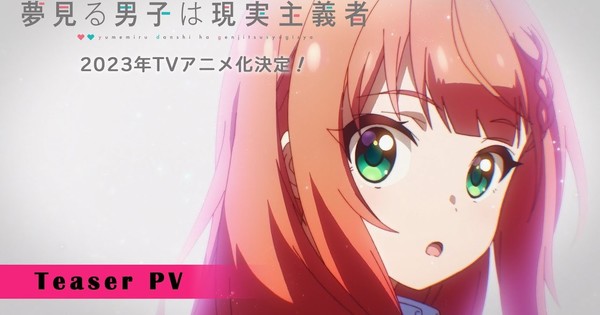 Pony Canyon announced on Friday that Okemaru‘s Yumemiru Danshi wa Genjitsushugisha (The Dreaming Man is a Realist) light novel series is getting a television anime adaptation in 2023. 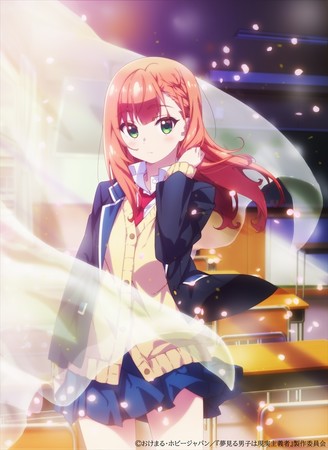 In the “two-way unrequited love” story, high school student Wataru Sajõ is in love with his gorgeous classmate Aika Natsukawa. Aika finds him to be a nuisance, but he dreams of her mutual love every day and continues to approach her. One day though, he suddenly wakes up from this “dream.” In order to get back his sense of reality, he recognizes his position and stays away from Aika. But now for some reason Aika is completely shaken.

Okemaru launched the series on the Shōsetsuka ni Narō website in December 2018, where it is ongoing. Hobby Japan is releasing the novels in print with illustrations by Sabamizoreand released the seventh volume on August 1. Popuri Yoshikita is drawing a manga adaptation, and Kadokawa will release the third volume on November 25.

Disclosure: As of November 1, 2022, Kadokawa World Entertainment (KWE), a wholly owned subsidiary of Kadokawa Corporation, has agreed to acquire majority control of Anime News Network. One or more of the companies mentioned in this article are part of the Kadokawa Group of Companies.