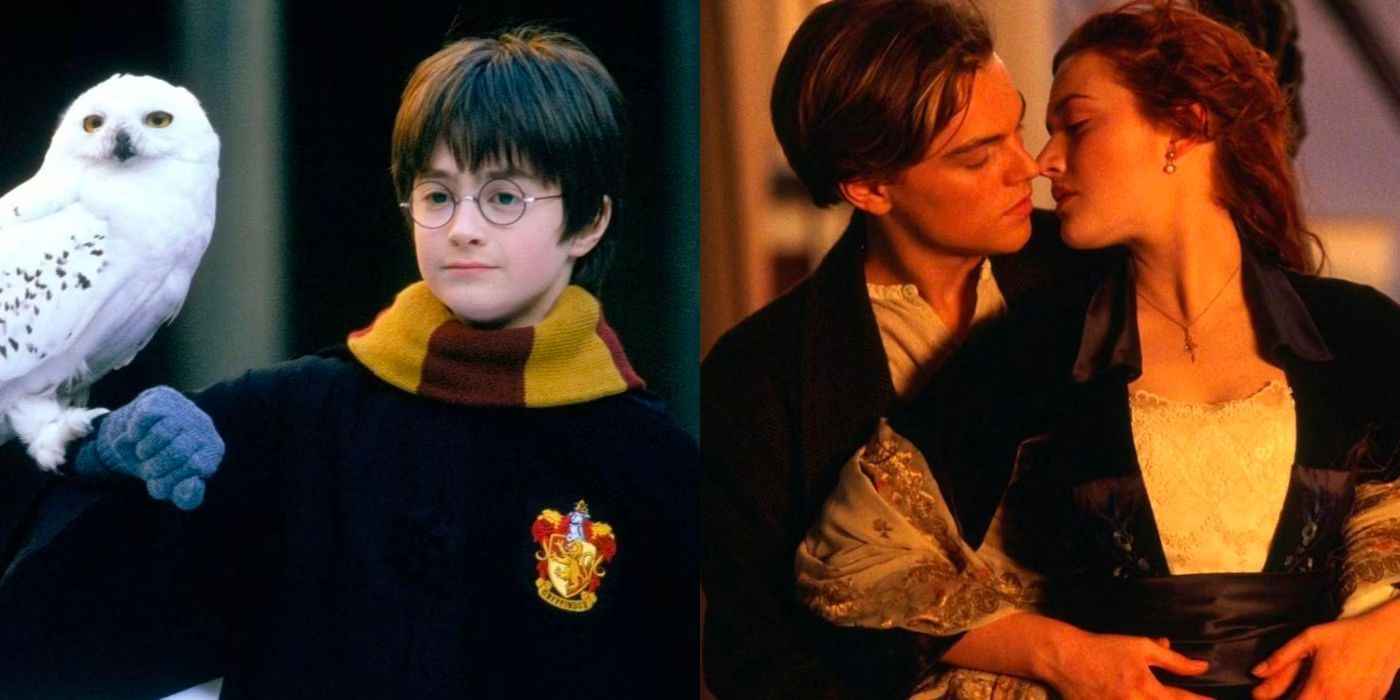 Music has always been an integral part of the cinematic experience. Used to create emotion and mood and to establish character and setting, no film is complete without an effective soundtrack or score. A piece of music that is played repeatedly throughout a film can also become synonymous with the movie itself.

RELATED:Best Movie Theme Songs to Add to Your Playlist

There is an exclusive group of film scores that have become so well known that, whether due to the success of the film or the quality of the piece itself, they are instantly recognizable upon listening. They may not even have seen the film, but that doesn’t matter – audiences still know what it is. Even the most unseasoned movie connoisseurs could identify these iconic scores upon hearing just the first five seconds.

The Harry Potter series has become a cultural phenomenon like no other, bringing the magical wizarding world and Hogwarts School of Witchcraft and Wizardry to Life. A huge component of bringing that magic to the screen lies within John Williams’s original score, particularly the bewitching ‘Hedwig’s Theme.’

William’s score and original theme, which is reused in different variations throughout the entire series, instantly conjures up a feeling of wonder, nostalgia and enchantment. Williams has composed countless scores throughout his incredible career, and Potter’s remains one of his most effective and beloved.

Currently the third highest-grossing film of all time, James Cameron’s Titanic is an emotional and epic blockbuster that has stood the test of time. Thanks to its huge scale, starry names, core love story and ability to make audiences sob – it’s a classic in every sense.

Aside from the tragic story, one of the things that makes Titanic so devastating is its melancholic score. Whether sung in the piece titled ‘Rose’, or on the flute in ‘My Heart Will Go On’, the few notes (viewers know the ones) have a way of instantly triggering the waterworks.

Ennio Morricone remains one of the most prolific music composers in history, known for his work on many classic Spaghetti Westerns. However, his best and most well-known piece of music is certainly the genre-defining theme from The Good, the Bad and the Ugly.

The theme, which plays during the film’s climax revolving around a three-way Mexican standoff, has become a convention itself within the Western genre. Many films have used the piece of music comedically in showdown scenes, and it’s hard to not think of the theme whenever there’s a shootout at high noon.

John Williams has lent his musical talents to a number of sci-fi and fantasy franchises throughout his career, the first being a little series called Star Wars. Williams’s score for the Skywalker saga is one of his most distinguishable and recognizable, used for over forty years.

The main theme, with its loud and boisterous opening note that bursts onto the screen with the title, is not only synonymous with Star Warsbut with cinema itself. That’s not the only notable piece of music from the series though – ‘The Imperial March’ screams villainy, intimidating authority and impending doom.

Hans Zimmer is one of the busiest and most accomplished composers of our time, scoring films ranging from the comic book genre to historical epics. However, Zimmer's most universally celebrated and loved score has to be for Disney’s animated classic, The Lion King.

Elevated by the lyrics of Elton John and Tim RiceZimmer’s African-inspired score is grand, catchy and emotionally rich. From Because M’s native Zulu vocals ringing over the savannah in ‘The Circle of Life’ to thematic orchestral pieces, the score has ingrained itself in pop culture quite unlike anything else.

Rockythe series that ultimately laid out the groundwork for all sports films that have followed, remains incredibly popular for a number of reasons – a likable underdog protagonist, Sylvester Stallone’s presence, thrilling boxing matches and of course, extended training montages.

Another element that has remained so memorable from the franchise is its triumphant theme music, also used in the song ‘Gonna Fly Now’. With its infectious tune and ceremonious trumpets, it has become a universal anthem of victory and perseverance. When one achieves a goal, whether on the sporting field or in life, composer Bill Conti‘s theme often comes to mind.

Jaws is John William’s most iconic score, and its theme is arguably the most recognizable piece of music in movie history. The menacing instrumental has become synonymous with danger, evoking dread and fear in all who listen.

The film, which is famously set in a serene seaside town that becomes victim to a monstrous Great White, has created a universal fear of sharks, swimming, and the ocean in general. Part of this is largely due to Williams’s score, who is the only composer able to build up so much tension and terror with just two notes.

Psycho stands as Alfred Hitchcock’s most famous film, with its eerie suspense and the introduction of one of cinema’s most creepy villains, Norman Bates (Anthony Perkins). While a number of elements have helped the film stand the test of time, one of the most prominent is its chilling score.

There is no piece of music quite as startling and piercing as ‘The Murder’, which is played during the film’s famous shower scene. With its high-pitched screeching violins, composer Bernard Herrmann creates a string-fueled nightmare that now globally corresponds with the image of a knife-wielding killer.

Nothing says martini-sipping, jet-setting, smooth-talking, well-dressed spy quite like the original James Bond theme. A combination of saxophone, guitar and a whole lot of brass, the piece of music was used in 007’s first appearance, Dr. Noand continues to be used in different variations throughout the rest of the series.

Bond’s signature gun barrel sequence instantly comes to mind, the theme oozing suave and coolness. Indistinguishable from the spy genre itself, composer Monty Norman has created a sleek and stylish tune that has remained recognizable for sixty years and counting.

The original score for Raiders of the Lost Arkparticularly ‘Raider’s March’ – the theme for the entire Indiana Jones series – screams adventure. One of the many projects John Williams has collaborated with Steven Spielberg on, the piece of music is the ultimate heroic anthem.

The score plays perfectly alongside Dr. Jones’s (Harrison Ford) perilous and action-packed quests, and gives anyone who listens the urge to put on a Fedora, grab a whip and set out on a globe-trotting expedition to find an ancient artifact. Triumphant, romantic and thrilling, it captures the essence of the archetype Indiana Jones created.

NEXT:Popular Trilogies Where The Last Movie Was The Best