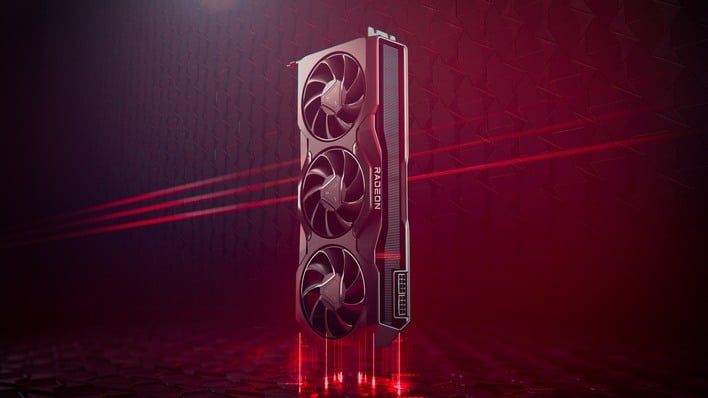 When AMD revealed its Radeon RX 7900 series GPUs early this month, its presentation focused on comparing against its own previous-generation parts. There were some comparisons to the GeForce RTX 4080 in the press materials, but nothing comparing their parts to the GeForce RTX 4090. That may change may have been made very late in the preparations for the announcement, because there are still references to removed slides making such a comparison.

Buried in the footnotes (and first noticed by ComputerBase.de), number RX-841 describes a comparison of some sort between a Radeon RX 7900 XTX and a GeForce RTX 4090. The comparison was apparently across four games: Assassin's Creed Valhalla, Dying Light 2, Far Cry 6, and Red Dead Redemption 2. Given that the footnote, reproduced below, talks about performance per watt, we can figure that it was probably an efficiency comparison.

As you've probably surmised already, the footnote isn't referenced anywhere in the slide deck. That's because there are no slides that mention the GeForce RTX 4090. We asked about the omission of NVIDIA's newest GPU at the meeting. AMD said that it was focused on competing with the GeForce RTX 4080, and since that GPU wasn't out yet, it didn't make sense to compare against it.

That excuse obviously doesn't work for the GeForce RTX 4090, though, so why would AMD have cut a comparison to that part? Most likely, someone at AMD looked at the slide and said “this isn't an apples-to-apples comparison, because the RTX 4090 is faster and/or more expensive than our GPU.” Certainly it's true that efficiency can be measured without matching performance, but the reality is that most people will be happy to let efficiency slide a bit for better performance if it's a big enough gap. 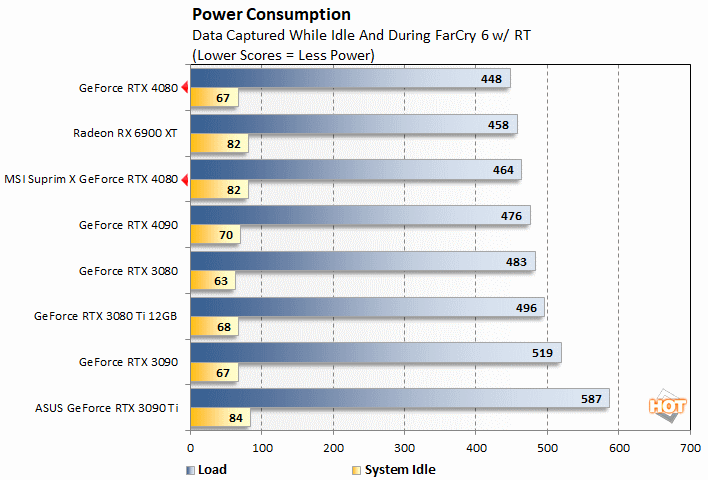 It's also possible that AMD scrapped the comparison because it was kind of shady. The footnote remarks that the performance per watt was calculated not based on actual power draw but instead on the rated Total Board Power of the cards. In our and others' testing, the GeForce RTX 4090 typically comes in well below its rated 450-watt TBP during gaming. If the Radeon RX 7900 XTX rides along or exceeds its 355W TBP, that could actually make the comparison come out in NVIDIA's favor, or at least much closer than AMD would like.

To be clear, it really wouldn't be too surprising if the GeForce RTX 4090 is more efficient than the Radeon RX 7900 XTX. After all, NVIDIA's chip is fabricated on a refined 4nm process, where AMD's uses a mix of 5nm and 6nm processes for its parts. It will be interesting to see how that comparison shakes out in our review of the new Radeon. That's on the way, so keep your eyes peeled.