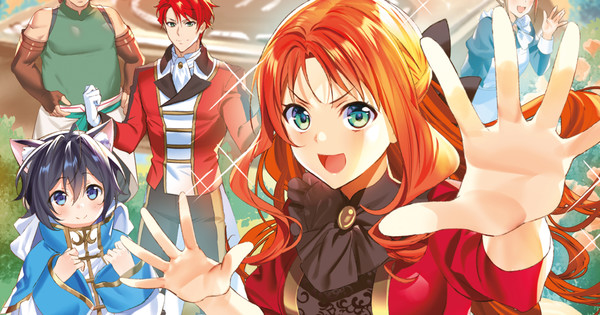 J Novel Club announced during its panel at Anime NYC on Saturday that it has licensed four new light novels and three manga. The light novels all have the first and second parts of their respective first volumes already available on J Novel Cluband include Grand Sumo Villainess, Enough with This Slow Life! I Was Reincarnated as a High Elf and Now I'm Bored, The Disowned Queen's Consulting Detective Agencyand I Parry Everything: What Do You Mean I'm the Strongest? I'm Not Even an Adventurer Yet!.

The manga all have their first chapters already available on J Novel Cluband include Karate Master Isekai, Peddler in Another World: I Can Go Back to My World Whenever I Want!and I'm Capped at Level 1?! Thus Begins My Journey to Become the World's Strongest Badass!. 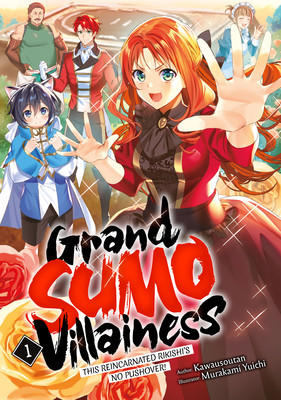 When Floortje is reincarnated into the world of an otome game, things immediately go wrong. Her fiancé breaks off their engagement, and the supposed protagonist makes Floortje out to be the villainess. Little do they know, however, that Floortje was a sumo wrestler in her past life—and she won't let these weaklings stand in her way!

With the spirit of sumo—her most trustworthy ally—to guide her, she's ready for a smackdown! But why was she reincarnated into an otome game, and how did its protagonist turn evil in the first place?

Kawausoutan began serializing the story on the Shōsetsuka ni Narō website in August 2020, and ended it in September 2020. Kawausoutan began serializing a sequel story in September 2021, and ended it in December 2021. Earth Star Entertainment released the first print volume, containing the first story, with illustrations by Yuichi Murakami in July 2021. The second volume shipped on October 3. 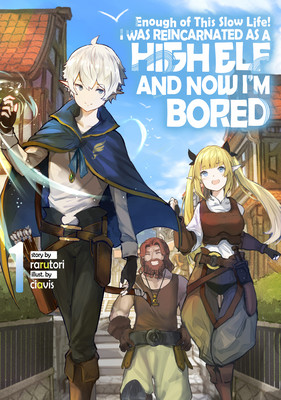 Life in the Great Pulha Woodlands is the very definition of stillness and tranquility—and Acer's had enough of it! He remembers living a past life as a human in another world…meaning he's got a taste for meat, adventure, and plenty of other un-elven things! He's also bored out of his skull after 120 years of the peace and quiet of their serene sylvan lifestyle. So Acer leaves the monotony of the forest behind to seek a new life, one that's more his pace.

rarutori began serializing the story on the Shōsetsuka ni Narō website in October 2020, where it is still ongoing. Earth Star Entertainment released the first print volume, with illustrations by ciavis in April 2021. The fifth novel volume shipped on May 17. 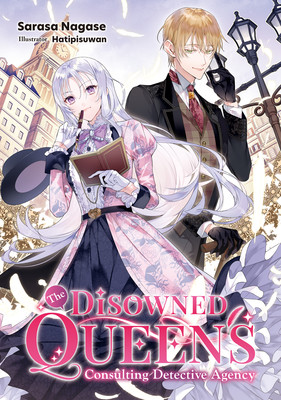 When it comes to light that Octavia de Reine isn't a legitimate member of the noble House of Reine, she swiftly finds herself disowned. At first she takes this in stride…until her power hungry father and ex-suitor start vying for the house full of mysterious heirlooms that her doting grandmother left her. Little does her family know that she's destined to inherit an even greater legacy. Olivia hopes to follow in Granny's footsteps and become a famous detective, after all!

She'll face off against young noblemen, phantom thieves, and magical items corrupted by demonic forces. Oh, and one vengeful angel queen. Moreover, who's this suspiciously young marquis that seems so smitten with her…?

Nagase began serializing the story on the Shōsetsuka ni Narō website in October 2021, and ended it in December 2021, with a bonus side story in January. Earth Star Entertainment released the novel's one print volume on January 15 with illustrations by Hatipisuwan.

Yen Press has licensed both Nagase's I'm the Villainess, So I'm Taming the Final Boss (Akuyaku Reijō Nanode Last Boss o Katte Mimashita) novels and the manga adaptation. The novels are inspiring a television anime adaptation that premiered on October 1, and is ongoing. Crunchyroll is streaming the anime as it airs in Japan, and is also streaming an English dub. The novel series debuted on the Shōsetsuka ni Narō (Let's Become Novelists) website in 2017. Kadokawa began publishing the novels with illustrations by Mai Murasaki in September 2017. Anko Yuzu launched the manga adaptation in Kadokawa‘s Comp Ace in June 2018. The third and final compiled book volume shipped in Japan in December 2019. 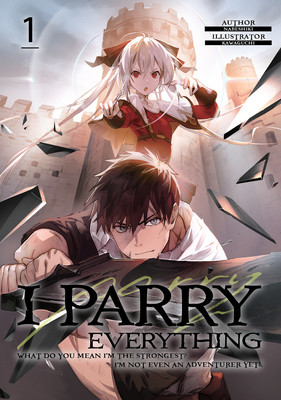 J Novel Club describes Nabeshiki and Kawaguchi's I Parry Everything: What Do You Mean I'm the Strongest? I'm Not Even an Adventurer Yet! (Ore wa Subete o “Parry” Suru: Gyaku Kanchigai no Sekai Saikyō wa Bōkensha ni Naritai):

The Kingdom of Clays faces a conflict that will shape the face of the continent for centuries to come…but Noor doesn't have a clue about any of that! Having freshly arrived at the royal capital after over a decade of rigorous, isolated training at his mountain home, he's dead set on achieving his childhood dream of becoming an adventurer, even if the only skills he possesses are useless ones. Sure, he can [Parry] thousands of swords in the span of a single breath, but everybody knows you need more than that if you want to be an adventurer! Our hero's road to making his dream come true will be long(?) and arduous(?)—but if there's one thing Noor's not afraid of, it's some good ol' fashioned hard work!

Nabeshiki began serializing the story on the Shōsetsuka ni Narō website in October 2019, where it is still ongoing. Earth Star Entertainment released the first volume of the story's print edition in September 2020, with illustrations by Kawaguchi. The fifth novel volume shipped on June 15. 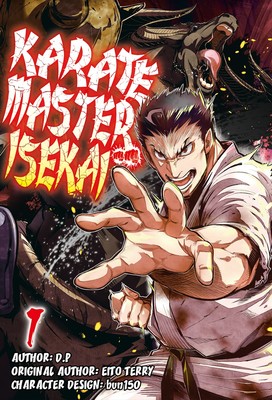 After losing a fight with a runaway truck, a karateka is transmigrated to another world, one full of swords and sorcery straight out of fantasy books. The goddess who sent him there offers him a superpowered cheat skill to assist him in his upcoming heroics—but naturally, he turns her down. After all, he already possesses the only technique he needs: karate! No matter what manner of otherworldly foe he may face, be they a minotaur, a gigantic steelclad knight, or a wicked sorcerer, none of them will discourage him from walking his own path in the way of the empty hand!

The manga is based on Eito Terry's story, which serialized on the Kakuyomu website from December 2017 to January 2018. Kadokawa published the first print edition volume of the story in February 2019 with illustrations by bun150and published the second volume in May 2019. 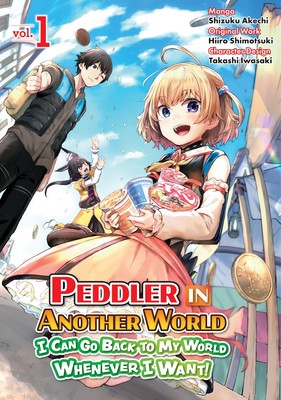 After quitting his job at a toxic company, Shiro Amata moves into the house his grandmother left him in her will. There, he soon makes two life-changing discoveries: one, his grandmother was really a witch from another world, and two, said other world is just on the other side of her closet door! Thanks to a book she left for Shiro, he also manages to obtain an all-powerful skill called “Equivalent Exchange,”which allows him to turn money from his world into otherworldly currency and vice versa.

With this, Shiro decides to set up shop and sell convenient items like matches to the colorful inhabitants of the other world. His plan: make a massive profit on the goods he brings from home to become so rich that he never needs another job ever again!

The manga adapts Hiiro Shimotsuki and Takashi Iwasaki‘s novel series of the same name. J Novel Club is also releasing the novel series. Iwasaki began serializing the novels on Shōsetsuka ni Narō in June 2019 and ended the story in May 2020. Hobby Japan published the first print edition volume of the story in April 2020, with illustrations by Iwasaki. The sixth volume shipped on August 19. 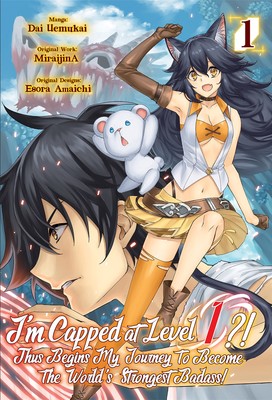 I'm Tetsuya Takahashi. I was transported to a different world while trying to save a girl from some thugs. In this world, I'm “defective,” and they tossed me out—all because my level caps at 1! Luckily, I've got an ability called Corpse Absorb, which lets me grab stat boosts and abilities off of any dead body I can get my hands on. With the help of an energetic cat-sith and a stuffed bear, my journey to make it to the top awaits! I'll prove to everyone that I'm not defective—I'm a badass!

Uemukai launched the manga in Kadokawa‘s Comic Hu section of the Nico Nico Seiga website, as well as the ComicWalker website in March 2020. Kadokawa published the manga's third compiled book volume on July 23.

The manga is based on MiraijinA's original story, which serialized on the Kakuyomu website starting in September 2021, and is ongoing. Kadokawa published the first print edition volume of the story in September 2019 with illustrations by Esora Amaichi, and published the second volume in April 2020.

Disclosure: As of November 1, 2022, Kadokawa World Entertainment (KWE), a wholly owned subsidiary of Kadokawa Corporation, has agreed to acquire majority control of Anime News Network. One or more of the companies mentioned in this article are part of the Kadokawa Group of Companies.