The Witch from Mercury – 07 – Random Curiosity 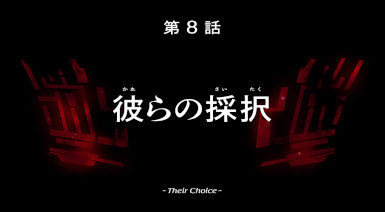 Well one week off didn’t seem to affect things too much if this week of awkward introvert meets big giant robot Witch from Mercury is any indication. We are still a way’s away from revealing the real plot at work in this story (two cour woes, sadge), but we are certainly getting closer as key character motivations emerge and tensions are acted upon. Or as is quintessential Gundam, kids be acting up and putting the adults in their place.

Right out the gate is the obvious twist in plain sight: yes Aerial is a Gundam, and yes mama Prospera ain’t mincing words with her daughter (who may in fact not even be her biological daughter). Admittedly this was always a reveal in plain sight, but as is growing common in this show there are still plenty of underlying questions. Just what sort of Gundam is Aerial? Does it follow in cybernetic footsteps of Piel’s Pharact, or is it a true improvement on the original concept? And if different just what makes both it and Suletta special given the now confirmed tidbit that the girl isn’t exactly normal. With cloning and wetware-based AI now becoming increasingly viable explanations the only major unknown is when we get the answer for this, because one way or another Prospera is clearly itching to let her objectives be known.

The other interesting bit this week happened to be Miorine, particularly in regards to her role in the upcoming maelstrom. While it could be said that Prospera helped Miorine break through her shell and recognize the value of humility (say what you will of her father but her pride certainly held her back at times), it clearly wasn’t entirely for Miorine’s sake. Much as Suletta piloting Aerial is deliberate on the part of Prospera so is getting Miorine to enter the fray in favour of GUND technology. Sure, maybe not specifically planned out step for step on Prospera’s part, but I’d fully wager getting someone to throw back the ban on Gundams and openly develop the technology was the goal – and if getting the daughter of her loathed adversary in Delling to do it, all the better. We’ll have to see how this one plays out, particularly in regards to a couple of companies irked at being outflanked (again) in their Gundam desires, but much like Prospera working plans within plans I suspect the next big development isn’t that far away.

After all, with Suletta (and Miorine) now front and centre in both school and business, it won’t be long before some (if not all) of those smiling faces grow tired of the game and look to take advantage of the situation.