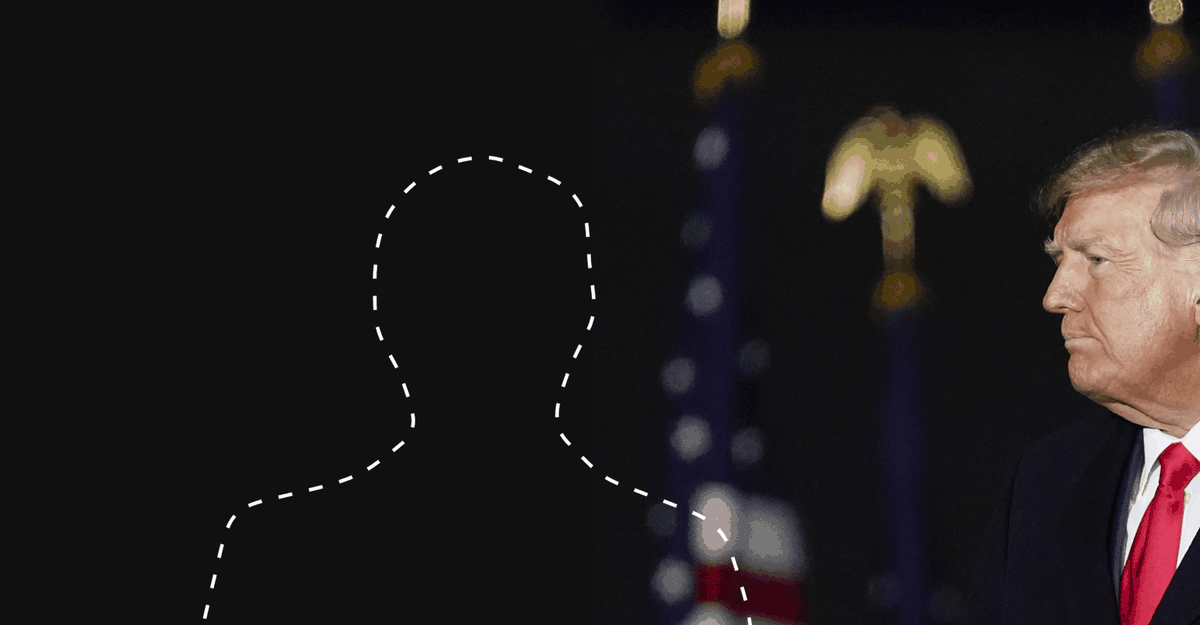 You’re not going to get a lot of suspense from a third Donald Trump presidential campaign. The American people know who this guy is, in sometimes excruciating detail; they know what he stands for politically; they know what kind of campaign he runs; and they know that he’s going to say some shocking things, even if they don’t know what.

One of the few outstanding questions is whom Trump might pick as a running mate, and when. Vice-presidential selections don’t tend to have much electoral impact, but the choice will be telling about what the former president thinks it might take to beat newly emboldened Republican rivals and Joe Biden or another Democrat. It also could have major long-term consequences: Given Trump’s advanced age and pesky habit of getting impeached, his vice president could be called to take over the top job if Trump returns to the White House.

Read; Is Trump still a viable candidate? Yes and no.

Trump has a few paths before him. He might try to balance out the ticket, and blunt his difficulties with female voters, by choosing a woman. He might also make a similar electoral calculation and select a person of color, which would be a handy rejoinder whenever anyone points out his record of racism. He could try to unite the party and neutralize rivals by choosing a more establishment candidate, an echo of his choice of Mike Pence in 2016. Maybe he’d try to excite the base and fortify his own strengths by choosing a celebrity or conservative-media figure. Or perhaps, annoyed by the independence of some members of his first administration, he’ll pick a trusted adviser who would, as they say, “Let Trump be Trump.”

Trump has his needs, and ambitious Republican politicians have theirs. There will be no shortage of aspirants, even as Pence’s current book tour should provide a cautionary tale of how serving under Trump can debase you, nearly get you killed, and then get you coolly discarded. Here’s a rundown of possible approaches and the politicians who fit them. This list will be updated from time to time as news warrants.

The Women of MAGA

It’s unfair to say that Trump has a woman problem—he has several. This is a man whose 2016 campaign was nearly sunk by a recording in which he boasted about sexually assaulting women. He won 44 percent of the female vote in 2020, an improvement over 2016 but a margin that makes victory difficult. Women helped power strong Democratic performance in 2018, and backlash to the demise of Roe v. Wade—a signature Trump achievement—hurt Republicans badly in 2022. Besides, the zeitgeist in American politics, even in the GOP, is moving toward more diverse tickets.

The Republican Party has long wrestled with a disadvantage among voters of color. Trump, despite his frequent bigoted statements, actually improved the party’s standing with some groups, especially Latino voters and Black men. Nominating a person of color could mitigate Democratic attacks and make a play to cut into Democratic margins among minorities.

One of the gravest threats to a Trump renaissance is the fracturing of the Republican Party. The conservative establishment has long gritted its teeth and gone along with him, but many of its members see the poor showing in 2022 as an indication that it’s time to move on. This dilemma is familiar for Trump, who solved it by picking Pence in 2016, and he might try something similar again—though it’s safe to predict that Pence himself will not be on the ticket.

Trump cares deeply how people look and sound on TV, and he cares deeply about riling up his base. For two cycles, he’s worked with and expertly wielded the conservative-media establishment to his advantage. Fox’s Sean Hannity even gained a reputation inside the Trump White House as the shadow chief of staff. Why stop there, though? Trump could cement the alliance by drafting a running mate from the group.

Trump isn’t interested in a junior partner or co-president; he wants someone to have his back in all situations. Pence did that right up until he didn’t, very consequentially, on January 6, 2021. Picking a proven loyalist without serious political ambitions might give Trump a sense of security and support and ease any paranoia he’d have about a running mate trying to overtake him. An adviser described this model to Politico as “counselor.”

Why a Sustainability Strategy Is Critical to Sales in 2023

10 Places to Get Pottery Supplies for Your Business