Why Anastasia’s Love Story Is Better Than Any Disney Fairytale 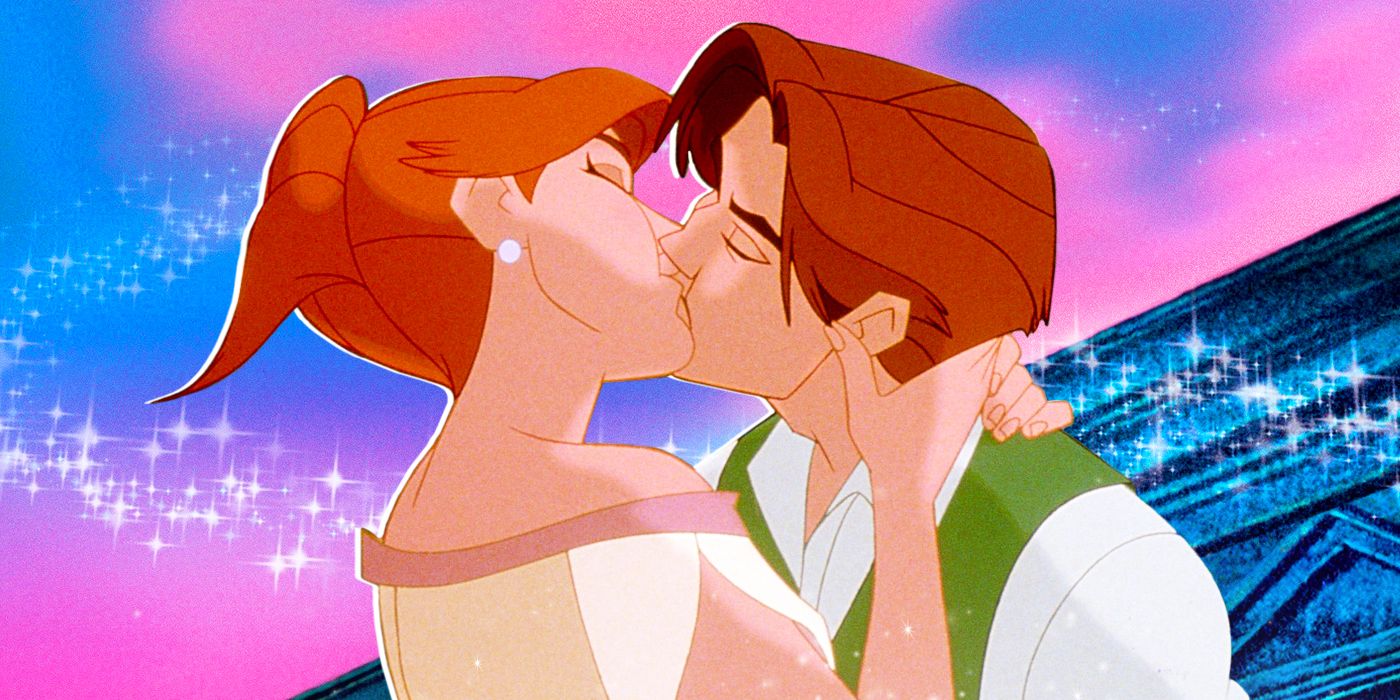 Anastasia is an outlier in the world of fairytale films. For starters, there's the fact that it's based on actual history rather than any fairytale. Second, despite sharing some similarities with the then-current house style of Disney's animated films, animator Don Bluth had left the House of Mouse to pursue his own animated projects, including The Secret of NIMH and All Dogs Go To Heaven. But what really makes the film stand out is the love story between the titular princess Anastasia (And Ryan) and con artist Dimitri (John Cusack).

For starters, when the two first meet, romance is the furthest thing from their minds. The only thing on Anastasia's mind is finding her family. When she was young her family was killed in the Russian Revolution, and she suffered from amnesia after hitting her head. Dimitri is intending to seize upon the cash reward that Anastasia's grandmother Marie (Angela Lansbury) is offering, and sees her as the perfect mark. Compared to Disney's offerings, especially the tried-and-true fairy tales like Cinderellait's a change of pace to not have the princess immediately fall into her love interest's arms.

Not Exactly Love at First Sight

There's also the matter of the friction between the two. From the very moment they meet, up until the final act they are constantly delivering thinly veiled and not-so-thinly veiled barbs at each other. In one of the film's more hilarious moments, Dimitri races to wake Anastasia up when he learns that their passports are outdated – and receives a punch in the nose for his troubles. Immediately after Anastasia tries to apologize, she sees that it's Dimitri and says “Oh! It's you. Well that's okay then.” And when Dimitri complains that she probably broke his nose, Anastasia replies with one of the film's more iconic lines: “Men are such babies.”

The film also has a realistic outcome when Anastasia learns that Dimitri has been using her as part of his con. She angrily slaps him across the face and storms off, and it's hard to blame her. But what's utterly heartbreaking is that Dimitri has actually figured out that he's met the real Anastasia. Even worse, he had a connection to her: he was her childhood friend who worked in the kitchens, and helped her escape during the Russian Revolution. Dimitri is finally able to convince Marie that Anastasia really is her granddaughter, but decides to refuse the reward money and head back to Russia. Though his partner Vlad Vasilovich (Kelsey Grammar) attempts to convince him to tell Anastasia how he feels, Dimitri feels she's too good for him. “Princesses don't marry kitchen boys,” he says, in a scene that would melt even the hardest of hearts.

Love Wins in the End

Anastasia and Dimitri do end up together, but they have to deal with the “Mad Monk” Grigori Rasputin (Christopher Lloyd). Hellbent on ending the Romanov line, Rasputin sold his soul to dark forces and came back to life as a decaying wizard. Normally in fairytales, this would be the point where the male character defeats the villain and wins over the princess, but Bluth decides to flip the script. Dimitri is attacked by a massive statue of a winged horse that Rasputin enchants, and is fighting for his life. It's Anya who saves him, and herself, by destroying Rasputin's reliquary and leaving him to be ripped apart by the demons he commanded.

Bluth had one more trick up his sleeve when it came to the happy couple. In every fairytale, it usually ends with the princess and the hero getting married and the now classic words: “And they lived happily ever after.” While Anastasia has found her family, she wants to be with Dimitri, and the two decide to elope. Marie even sums up their life together as “a new beginning,” which is rather apt given the journey they've been on. At its core, Anastasia feels like what happens when two people actually fall in love — with all the ups and downs that includes. And that's what makes it a standout, 25 years later.