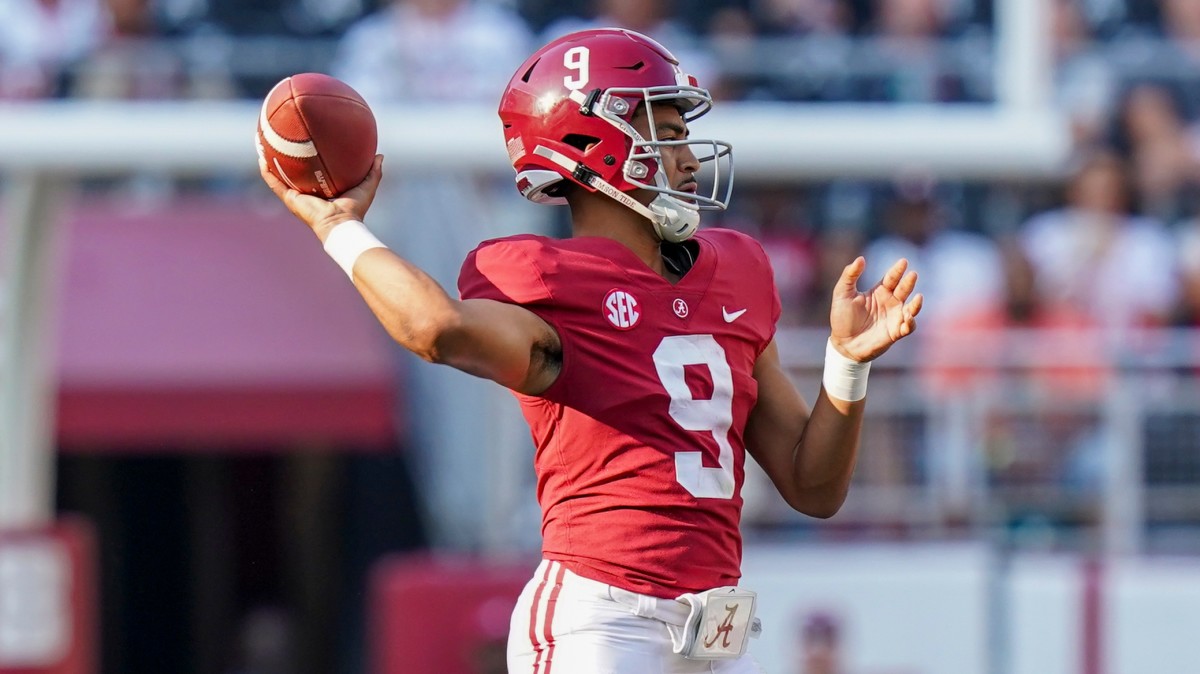 As Alabama prepares for its regular-season finale against Auburn, the Crimson Tide will be in an unfamiliar position: For just the second time in the past 12 years, there will be no SEC championship game for Alabama to gear up for after the Iron Bowl.

As a result, the spotlight turned to junior quarterback Bryce Young and his future. The reigning Heisman Trophy winner was asked Monday whether or not Saturday’s matchup with Auburn would be his final college game, implying that Young could opt to sit out Alabama’s bowl game. Young opted to go the noncommittal route with his response, insisting that his sole focus was on trying to beat the Tigers.

“As far as anything in my future, I take everything one day at a time. So, all I’ve been focused on throughout the year has been the next opponent,” Young said. “Obviously, this is a huge game. This means a lot to me, to people in the entire state, to us as a team. This is a huge game, so all I think about is today.”

Young, who’s battled a shoulder injury this season, has seen his production dip compared to his historic 2021 campaign, though he’s still been plenty effective. In 10 games, he’s thrown for 2,664 yards with 24 touchdowns and four interceptions.

Alabama has won the past two Iron Bowls and 10 of the last 14 matchups with Auburn. The Tigers have not beaten the Tide in Tuscaloosa since 2010.