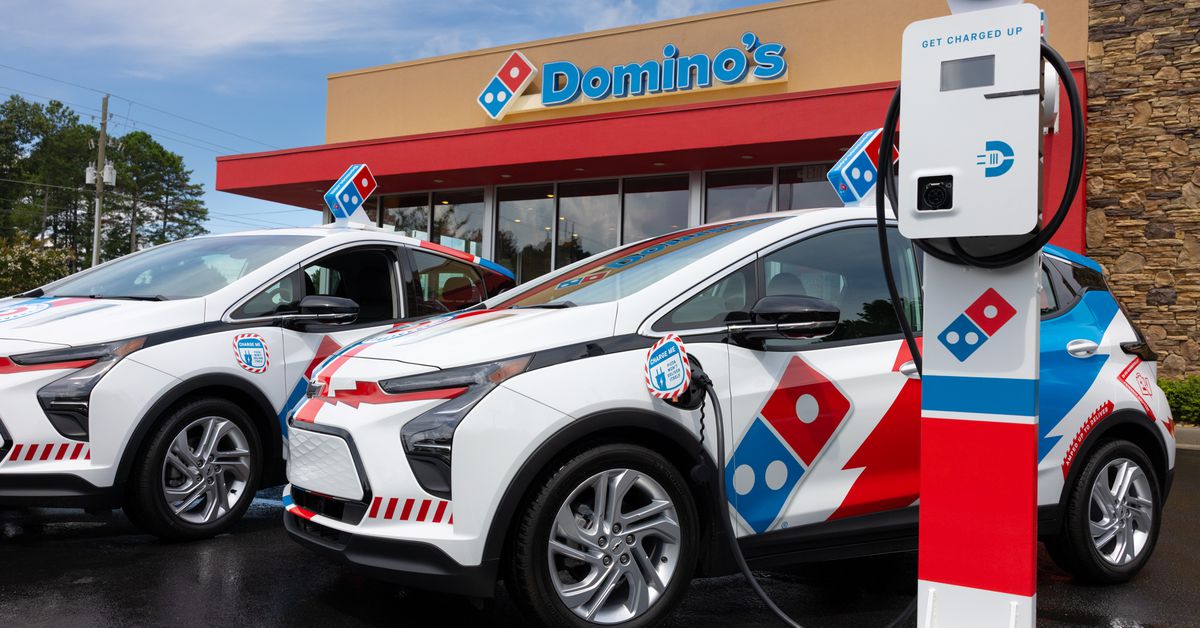 Domino’s is gearing up to put more than 800 all-electric pizza delivery vehicles into service in the coming months, starting with over 100 of them rolling out in November. The company went with the compact Chevy Bolt EV and is wrapping the vehicles with custom branding but no other bells and whistles — just combustion-free deliveries (via electrek).

Domino will have a fleet of 855 new electric vehicles, to be exact, and while that’s not quite enough to reach all 6,135 of the pizza shops in the US, it's more than the Chevy Spark-based (gas version) ones it built with custom pizza warming oven doors in 2015. Those were called the Domino’s DXP, and only 155 of them were made. For the new Bolts, drivers will need to toss the HeatWave bags in the backseat like any other car.

The Domino’s Bolts will be delivering from select franchise and corporate stores throughout the US. “Electric delivery cars make sense as vehicle technology continues to evolve,” reads a statement from Domino’s CEO Russell Weiner. The fleet of ready cars could also help attract some new employees to Dominos: while some locations already provide vehicles for delivery drivers, many ask them to bring their own cars.

Chevy Bolt EVs are capable of going 259 miles on a single charge, and considering most stores only serve their local areas, the company thinks each car could last multiple days of deliveries without needing to plug in. GM has also slashed prices on the 2023 model down to a starting price of $26,595, making it one of the most affordable EVs on the market — even counting annoying dealership markups. Domino’s partnered with Enterprise Fleet Management to take care of the purchasing, maintenance, and other logistics.

Domino’s has a website with a map where you can see when and where the new EV delivery vehicles are or will be active. Surprisingly, there aren’t any active yet in EV heavy states like California, and none in Houston where Domino’s has Nuro self-driving delivery cars currently in service.