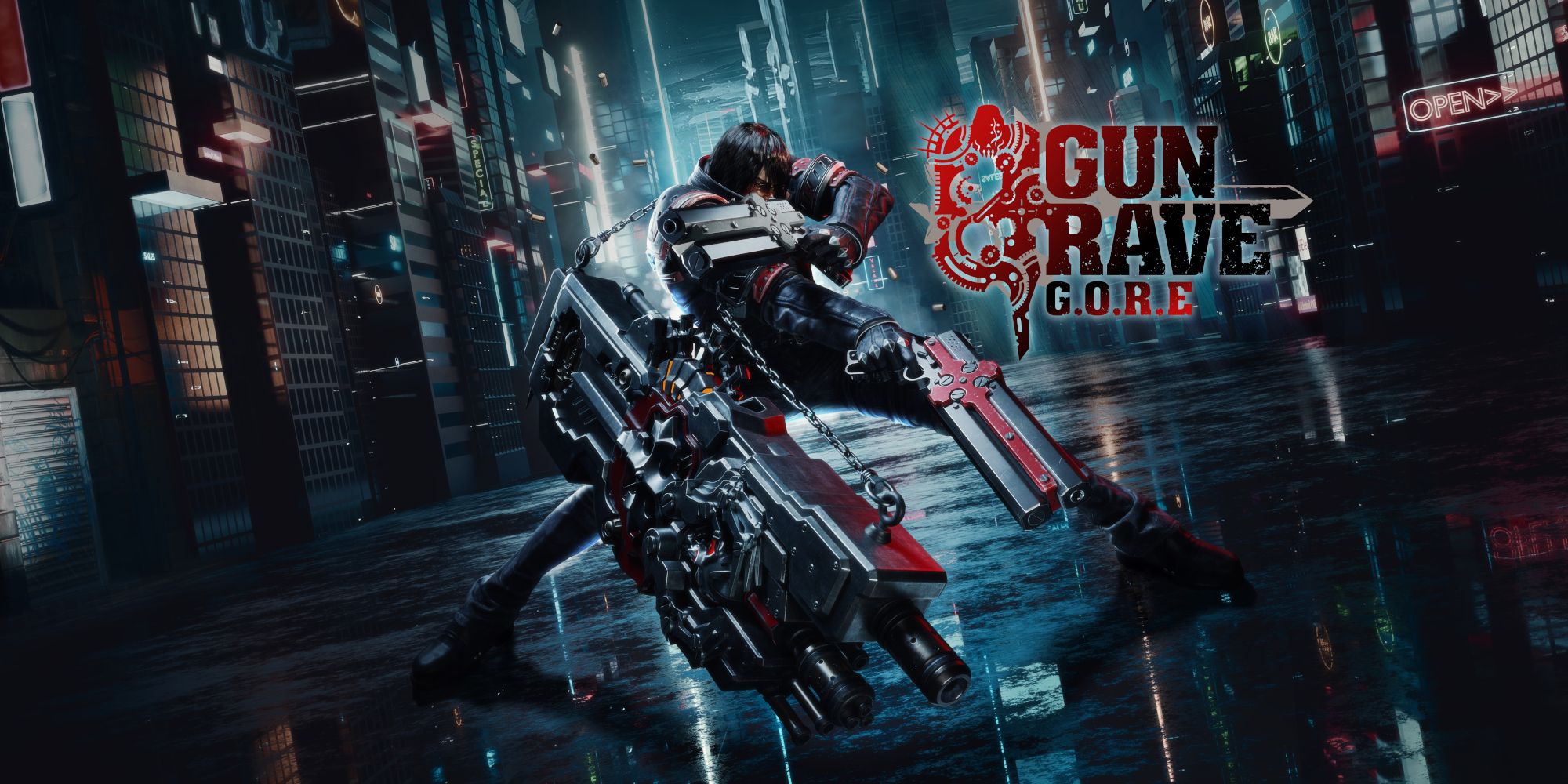 Although receiving a mixed reception from critics over the years, the Gungrave games have gained a cult following. Starting with Gungrave back in 2002, the franchise has received a handful of releases and even a Gungrave anime series in the decade that followed. Now, Gungrave is back with Gungrave G.O.R.E., courtesy of developer IGGYMOB.

Gungrave G.O.R.E. puts players back in the role of moody anti-hero Grave, a former hitman brought back from the dead. Grave is determined to destroy Seed, a mysterious alien drug, and find those responsible for the damage it is spreading across the world. What this means is shooting as many people as humanly possible and causing absolute chaos wherever the player goes, in a story that takes the player to various locations in a dark future version of South East Asia.

Related: 10 Third-Person Shooters That Should Be Remastered

In terms of genre, Gungrave G.O.R.E. is a stylistic third-person action game with a focus on an arcade-style points system and causing violence with a flourish. Those who enjoy the tone in the best games in the Devil May Cry series will find a lot to love here, particularly given its outlandish premise and cheesy 2000's gothic meets sci-fi imagery blend. It's wonderful nonsense when at its best, as if Type O Negative's Peter Steele is off on a mission to save the world in the bloodiest way possible.

From a purely sensory perspective, Gungrave G.O.R.E. is a literal blast. The player lets off round after round of ammo, making bits of scenery explode, with spouting blood and fire around every corner. This feeds into the gameplay too, which although simplistic is rather satisfying, with the player always shooting and always moving with the goal of getting the best score possible at the end of each level akin to Sonic.

This feeds through to the game's soundtrack too, which is a strong blend of techno and industrial for the most part. It matches the ridiculous mood well, tapping into the edginess of its mood and adding an intensity to the combat. There are some fumbles, though, particularly when it comes to transitioning between different sections or in and out of combat, which can be a little bit jarring.

Gungrave G.O.R.E. has a leveling system where the player can help build their own version of Grave. This means they can put more emphasis on damage, melee power, or unlock new special moves, which is a nice touch. It's still relatively restrictive and the choices to make are often quite obvious – get more specials and bump up the damage done by regular shots for the most fun – but nonetheless it adds a little something to the experience.

Where Gungrave G.O.R.E. starts to fall down is in moments of its execution. There's a lack of finesse in comparison to peers like Bayonetta and Devil May Crywith movement feeling clunky and occasionally the action feeling a little bit repetitive. This problem is at its worst when there are sections of the game that require a little more athletic movement than Grave can really handle, and these moments fall rather flat in comparison to its usual shtick.

Character is also extremely important in these kind of bombastic action games, and this is another area where Gungrave G.O.R.E. struggles. Grave may look the part – part Top Dollar from The Crowpart Mariachi – but he's rather a blank slate. When compared to the strong characters of Dante or Bayonetta it does fails to make an impact, and this means that the game lacks that driving force throughout.

As such Gungrave G.O.R.E. is a solid enough third person shooter with a lot of action to be found in its varied levels. It doesn't quite have the nuance of its best competitors, with moments of clunkiness that hold it back from greatness, but nonetheless it manages to be a satisfying adventure for the entirety of its runtime.

More: Bayonetta 3: 10 Things Fans Want Back From The Original Games

Gungrave G.O.R.E. releases 22 November 2022 for PC, PS4, PS5, Xbox One, and Xbox Series X/S. Screen Rant was provided with a PC download code for the purposes of this review.