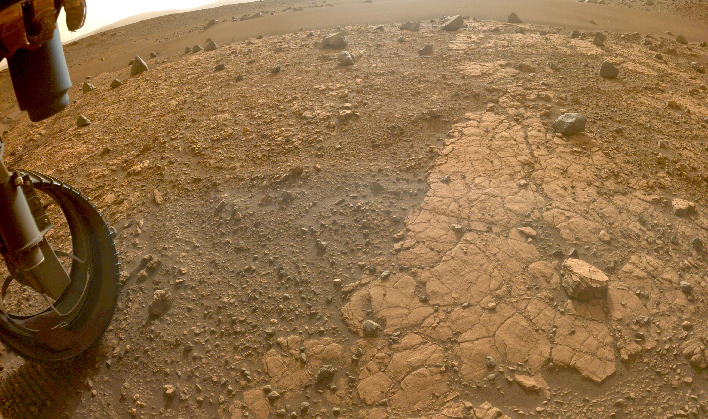 NASA's Perseverance rover recently began exploring an area on Mars with the potential of finding organics and biosignatures. The rover is currently in Yori Pass, an area said to be rich in sandstone.

There has been no shortage of exciting events this year in terms of exploring all that lies beyond our home planet, Earth. The James Webb Space Telescope has been sending back gorgeous images of deep space, while the Artemis program that will eventually put humans back on the Moon finally launched its first mission earlier this month. But before either of those missions got off the ground, the Mars Perseverance rover began roaming the Martian surface in search of alien life.

The rover recently began exploring an area that the science team calls “Yori Pass” near the base of Jezero Crater's river delta. The team has anxiously been awaiting this mission for several months. This is because the area is sandstone, which is comprised of fine grains brought to the area by water, before finally resting and forming into stone.

“We often prioritize study of fine-grained sedimentary rocks like this one in our search for organics and potential biosignatures,” explained Katie Stack Morgan, Perseverance Deputy Project Scientist at NASA's Jet Propulsion Laboratory in Southern California. “What's especially interesting about the Yori Pass outcrop is that it is literally equivalent with ‘Hogwallow Flats,' where we found very fine-grained sedimentary rocks. That means that the rock bed is located at the same elevation as Hogwallow, and has a large, traceable footprint visible on the surface.”

Hogwallow Flats is an area that gained the nickname “the Bacon Strip” by the team due to the light-colored striped rocks, which appear to look like strips of bacon in images taken by the Hi-Rise orbiter. Hogwallow Flats was of interest to the team because of its fine-grained sand, which could provide the best opportunity to find life preserved on Mars.

The search for biosignatures is only one of four science objectives for the Perseverance rover. At some point in the future, all of the core samples that have been collected by the rover will be delivered back to Earth via the Mars Sample Return campaign for a much more in-depth study.