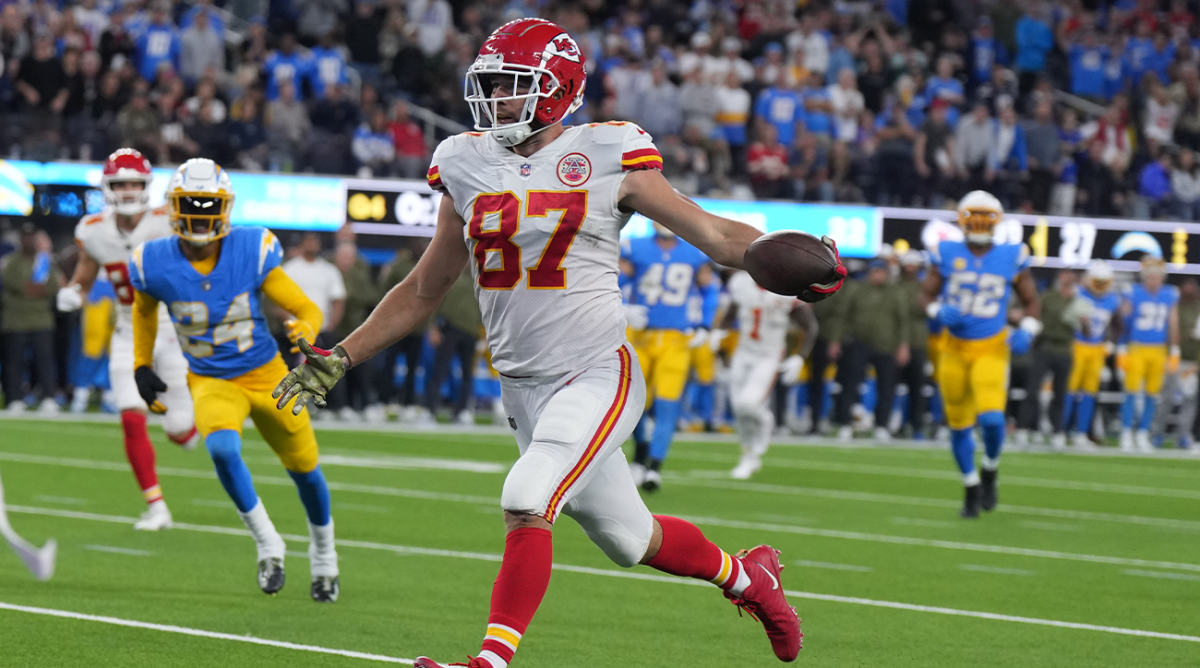 This season’s top super bowl contender takes on last year’s super bowl winner when the Rams travel to Kansas City to take on the Chiefs in Week 12.

These two teams are on opposite trajectories as the Chiefs are riding a four-game winning streak and the Rams are on a four-game losing skid. Kansas City is favored by 14.5 points, making them the biggest favorites in Week 12.

Los Angeles may not have quarterback Matthew Stafford, who suffered a second concussion in the last three weeks. John Wolford would start if Stafford doesn’t clear concussion protocol. The Rams most certainly will not have superstar Cooper Coup, who was placed on injured reserve after suffering a high-ankle sprain.

The league’s sixth-scoring offense from a year ago is now ranked 29th with a measly 16.8 points per game average.

Meanwhile, the Chiefs are firing on all cylinders. Their offense averages 30 points per game, tops in the NFL. The Patrick Mahomes-led squad is also No. 1 in yards per game, points per play, touchdowns per game and third down conversion. Simply put, the Chiefs ‘offense is a juggernaut and is a major mismatch compared to the Rams’ defense, which ranks outside the top 10 in those same categories.

Chiefs Straight Up Record: 8-2
Chiefs Against The Spread Record: 4-6

Bet on Rams-Chiefs at SI Sportsbook

Though the Chiefs are hot, riding a four-game winning streak, they’ve covered the spread twice in those four wins. Kansas City has been favored by more than 10 points once this season and failed to cover (Week 9 vs. Titans). They’ve struggled against the spread at home, covering the number once in five outings.

On the other hand, the Rams covered just once in their last seven games. When Los Angeles loses, it lose by a wide margin. Five of the Ram’s seven losses have been by 13 or more points.

As for the game total, Chiefs’ games are even with four of their 10 going over. Four of the Rams’ games have hit the over in 2022. In somewhat of a surprise, only one of the Chiefs’ five home games has gone over the implied total.

Bettors can take part in SI Sportsbook’s free Perfect 10 contest each week during the NFL season. The weekly game requires bettors to make 10 selections against the spread for a chance at a share of a $10,000 prize. Every bettor who picks at least six games correctly will be awarded consolation prizes in the form of free bets.