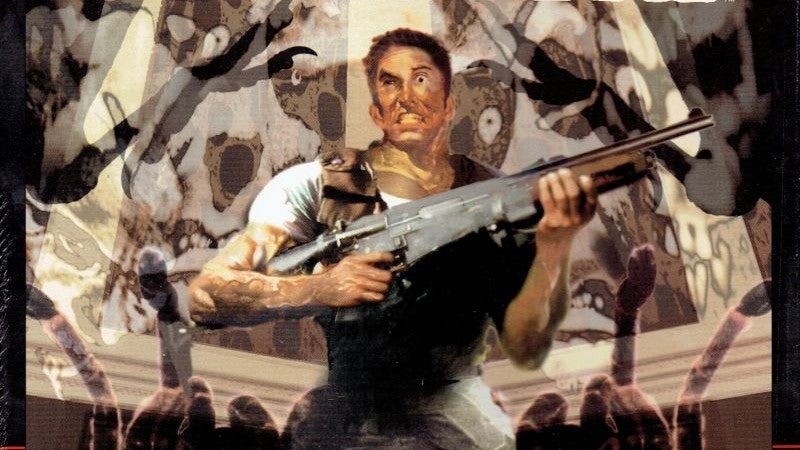 Why I Love is a series of guest editorials on GamesIndustry.biz intended to showcase the ways in which game developers appreciate each other's work. This entry was contributed by Gabriele Caruso, Lead Designer of Space Lizard Studios, which recently launched the rogue-lite horror game set in a papercraft world, Paper Cut Mansion, on PC and Xbox. It will be launching on PlayStation and Switch on December 5.

As an adult, it's easy to forget about things that scared you most as a kid. Those fears that would either freeze your body in place, or make you run like crazy in search of a safe place to hide. As a kid I found myself attracted to these emotions. There was a certain thrill in triggering my brain to feel fear, then overcoming that dread.

I still remember when I was 12 and one afternoon after school I went to my friend's house. He had a PlayStation and his dad bought him Resident Evil. (Bear in mind this is pre-internet age, so he probably saw the cover of a guy with a rifle and thought, “Oh my kid is gonna love this!” without knowing what it was.)

At this time I had a Sega Saturn at home, and was used to games like Nights into Dreams, Sonic, and Panzer Dragoon. I had no idea what a survival horror game even was. So here we are, inserting the disc into the console and… boom! Our minds are blown!

Right out of the gate, Resident Evil showed me something I'd never seen before: a live action cinematic. Sure it's cheesy today, with its laughable dialogue and over-the-top acting, but at the time it was unlike anything I'd seen before. It showed me what was possible in gaming; that you could think outside the box by merging live-action filmmaking with video games. The way it blended with the actual game – where we'd see a real-life person, then a character model who was clearly a representation of the same person – was amazing to me as a kid.

It was like two worlds clashing, but in a good way where these different presentations made the whole enterprise feel bigger, fresher, and more expansive than if it had only used in-game graphics.

This blend of mediums also made me ponder all the skills that go into making video games. You'd need to know about writing, acting, directing, and cameras, in addition to the usual game dev stuff like programmers, artists, composers, foley artists, etc. Never had I seen a game with this sense of pure production and spectacle!

Then the game actually begins and it seemed totally unlike any game I'd played. As soon as you gain control of your character Resident Evil invokes this terrific sense of mystery. You're not sure what's going on, where to go, or what to do. It's quiet and eerie. Several doors are locked, requiring several different types of keys to open, and since the game is so nonlinear it quickly becomes overwhelming figuring out where to go. Even the game's very first room, the lobby, has a door in it that can't be opened until very late into the game, so mysteries are teased tantalizingly out of reach all throughout.

While today Resident Evil is a well known franchise with its own series staples and tropes, back then we had no idea what would be coming next. Were the zombies a result of witchcraft? Demons? A virus? Having an underground lab full of biologically engineered monstrosities seems obvious now, but at the time we had absolutely no clue where Resident Evil would be going. Giant plants? Sharks? Underground caverns? The possibilities seemed endless!

One tiny, but very memorable touch that made the world of Resident Evil feel so real to me was that you could pick up objects and examine their 3D models. You could turn them around and zoom in and out, often finding a clue attached to them that you'd never be able to see if your inventory items were 2D images, like they were in literally every other game I'd played until that point. As with the live-action videos, this small touch created a sense that there was a world beyond what I could see whilst exploring the map.

What really made Resident Evil stand out to me was that it didn't really have one core mechanic, but rather every aspect of the game supported every other aspect. There was combat, but it wasn't the main focus. There were puzzles too, but it wasn't just a puzzle game. Instead it was this compelling drip feed of exploring, solving puzzles, looking for notes, making tough inventory choices, planning a route, and deciding when to fight or flee from foes.

Even deciding when to save your game was a mechanic, as you had to use a precious consumable item (the now iconic ink ribbons) to save your game. It was all so cohesive! It had this compelling friction between scaring me enough that I'd want to give up, but then I'd be too curious to do so. Like a teen in a horror movie I'd think “don't open that door!” but then secretly really want them to.

Another thing I loved was that it had different endings based on your actions throughout the game. The outcome would change based on whether you saved Barry or Rebecca or Chris or Jill. And it wasn't always clear what you'd do that would change the game. I completed the game at least eight times, and one time the frog-like hunter enemies turned up as a red variant. Another time during the Tyrant boss fight a second Tyrant showed up. I had no idea what was triggering these new encounters, and since this was before I had the internet, I couldn't look it up. This really added to Resident Evil's sense of wonder as I'd go to school, discuss it with my friends who were also playing the game, then eagerly rush home to test out some new rumour I'd heard about.

Even as an adult, Resident Evil highly influenced me. My latest game, Paper Cut Mansion, is in many ways a love letter to Resident Evil. Obviously it's also set in a gothic mansion, but that's just the tip of the iceberg. I also included a 3D model viewer, allowing you to examine objects close up ala Resident Evil. Throughout Paper Cut Mansion you're solving puzzles to slowly uncover new parts of the map, as you investigate an unsolved mystery. And, most tellingly, I even opted for a live-action trailer as a tribute to Resident Evil's memorable intro!

No other game opened up my eyes to the possibility of what video games could be the way Resident Evil did, and that's why I can't help but love it to this day.