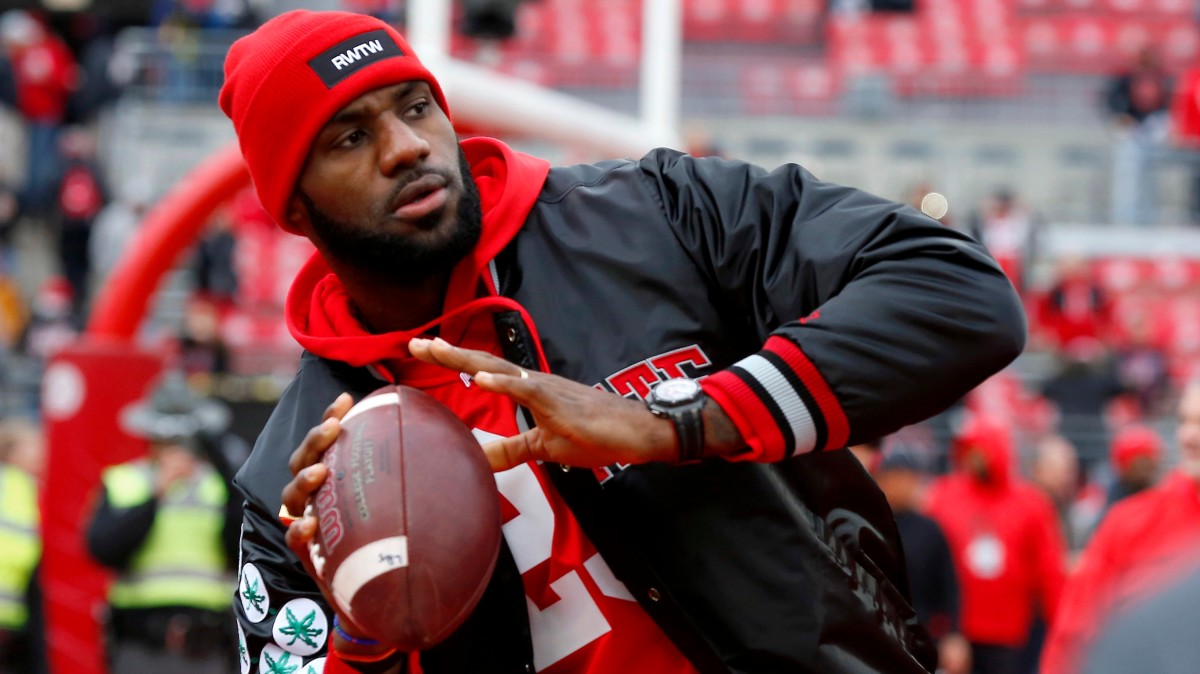 As the old saying goes: Look good, feel good, play good. As one of the most hyped Ohio State-Michigan games of all time looms, the Buckeyes won’t have to worry about the first part.

That’s because of a gift courtesy of Ohio native and noted Buckeyes fan LeBron James, who sent the team custom cleats bearing James’s signature logo for the team to wear Saturday.

The Ohio State football Twitter account posted a picture of the cleats, which was shared by James in OSU’s typical game-week style of omitting each instance of the letter “M.”

The Buckeyes and Wolverines enter the game each sporting 11–0 records, with the winner clinching a spot in the Big Ten championship game. Michigan won last year’s matchup for the first time under head coach Jim Harbaugh and its first win in the rivalry since 2011. The Wolverines have not beaten Ohio State in Columbus since 2000, with the Buckeyes winning 15 of the last 17 meetings.