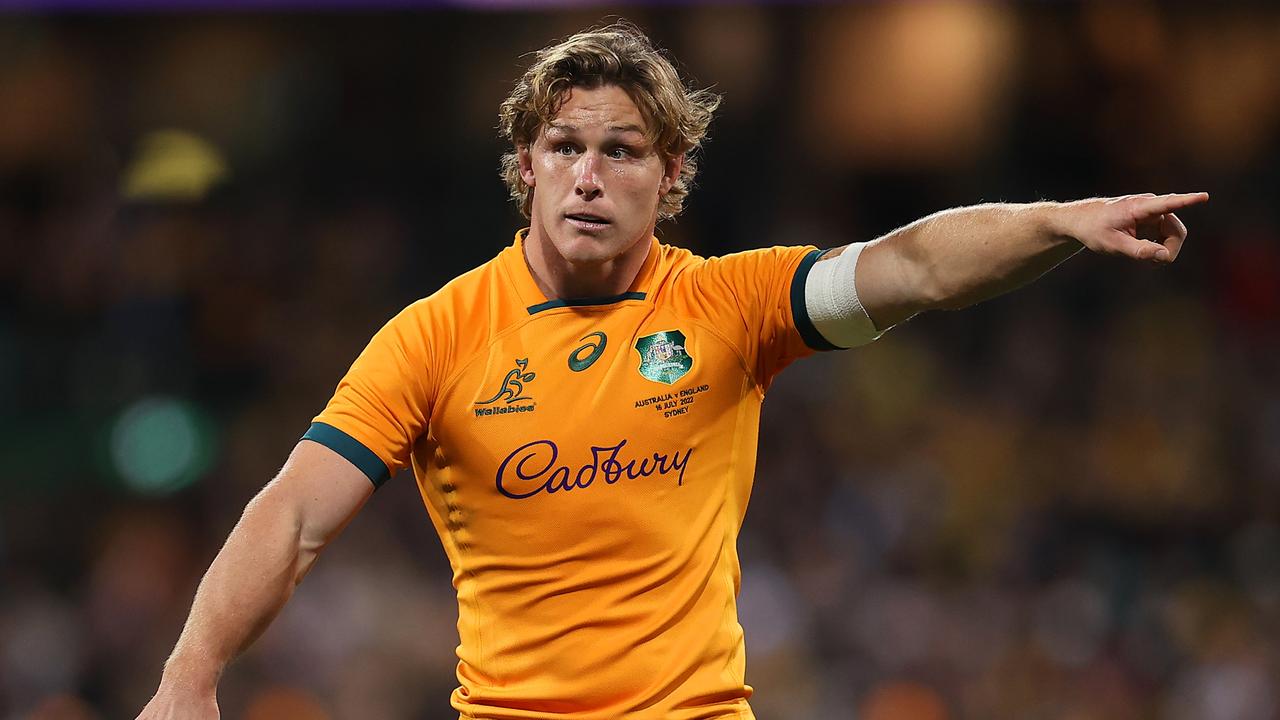 The Wallabies’ chances of breaking an unwanted 75-year-old record have grown ever larger after star Michael Hooper was sent home with concussion symptoms.

Pressure is continuing to build on coach Dave Rennie, and the internal fire might need to become nuclear to stave off another defeat against Wales.

The Wallabies are facing the prospect of a 10th loss from 14 matches in 2022, a record that would consign them to their worst calendar year since 1958.

Then there’s the added complication that the Wallabies haven’t won their final fixture of an international season since 2013.

Wales too are under the pump, significantly, after a horror one-point loss to Georgia, slightly worse, in stature at least, than the Wallabies loss to Italy for the first time in nearly 40 years.

But while they are undermanned, and being doubted, the Wallabies will jump on the fact last week’s three-point loss to world No.1 Ireland was the biggest margin of defeat in their matches on tour.

It meant Rennie’s men were not far off turning the tables, and where there’s hope, there’s life.

“We need wins, and we’re so close and that’s what’s driving the boys to finish this tour off the way we want to,” backrower Jed Holloway said ahead of the last clash of a long tour.

“It‘s been well documented, the disappointment over the French week, Italy was a big one … but we know as a group we’re right there and we’re taking the right steps to put in a good performance.

“So really striving for that is what’s driving us and motivating us for this week.”

The continual loss of players to injury has been “gut-wrenching” according to Holloway, who said the team’s medical staff were doing a monster job to get players right for a fifth Test in five weeks and one with so much at stake.

The Wallabies are in the same group as Wales at next year’s World Cup, and so the opportunity to make a tour-ending statement.

“I think I speak for the whole group we are gutted for any player we lose,” Holloway said.

“Our medical staff are doing everything they can to get the boys ready. We’ve just had a rough trot.

“As a squad we need to lick our wounds and go again because we’ve got to another big Test match this weekend at Principality,” Holloway said.

“What those injuries bring is a huge amount of opportunity for guys coming in, and those guys need to take that opportunity and we need to get a result as a team.

“We’re genuinely trying to tick every single box to get that result.

“It‘s hard to describe what it would mean (to win) – it would be massive to get a result on the weekend.

“We know that we’ll be put in the best position to do that from the coaching staff and it’s now on us as players to go deliver that, whatever team we roll out.”