We Need to Talk About Everett Ross and Val 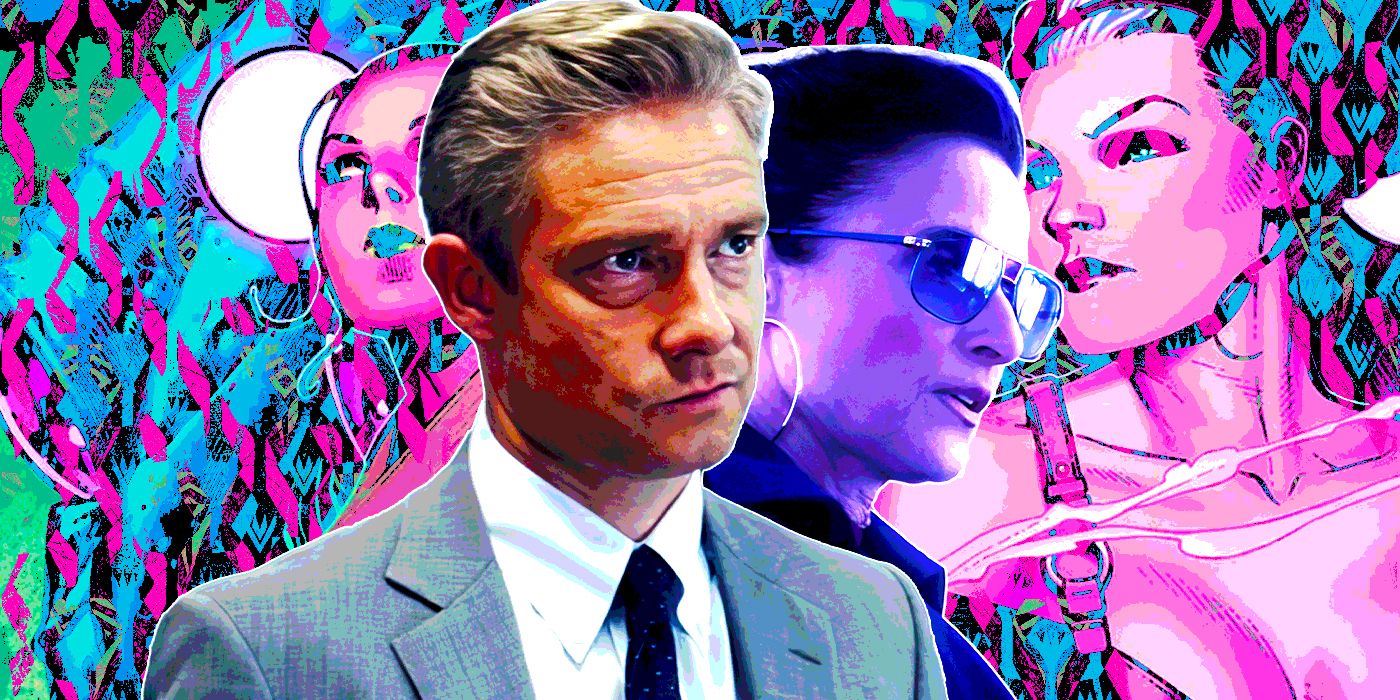 Editor's Note: The following contains spoilers for Black Panther: Wakanda Forever.Black Panther: Wakanda Forever brings back the majority of the Black Panther cast to explore the grief of losing the Wakanda king, T’Challa (Chadwick Boseman). Though the focus of the film is on Shuri (Letitia Wright) and her journey of grief, Black Panther 2 also sees the return of Wakanda’s only acceptable colonizer ally, Everett Ross, played by Martin Freeman. This character has been around in the MCU since Captain America: Civil Warwhere he worked alongside Sharon Carter (Emily Van Camp) to track down Bucky Barnes (Sebastian Stan) after he’s framed for the bombing at the UN conference. He later assists T’Challa in after Kilmonger (Michael B. Jordan) usurps the throne. Though Everett isn’t a character audiences are clamoring for a spinoff series from, his appearance in Wakanda Forever is a welcomed addition, whose details on his life outside his job enriches his character and therefore, enhances the universe (shall we say multiverse?) of the Marvel world.

The loose connection throughout Phase 4 comes in the form of the formidable Contessa Valentina Allegra de Fontaine, played by Julia Louis-Dreyfus. Introduced towards the end of The Falcon and the Winter Soldierthe new director of the CIA has taken a keen interest in recruiting impressive individuals for undisclosed reasons. Val rebrands John Walker (Wyatt Russell) into U.S. Agent; she hires Yelena Belova (Florence Pugh) to do contract assignments for her; and she’s hired by Elenor Bishop (Vera Farmiga) to assassinate Clint Barton (Jeremy Renner). Like Sharon Carter as the Power Broker at the end of The Falcon and the Winter SoldierVal has her hands spread all over the place. However, at one point, her hand had a diamond ring on it.

In Wakanda ForeverVal makes her return to the big screen as the CIA director overseeing what appears to be a Wakanda attack in Cambridge. When Everett arrives on the scene, he runs into his new boss and ex-wife, Val. That’s right – Everett and Val at one point were married.

A Look Behind the Curtain of Two CIA Agents

Everett and Val’s connection is a significant one within the MCU. They are the first onscreen divorced couple. Sure, couples have broken up and have been separated in the past– Tony Stark (Robert Downey Jr.) and Pepper Potts (Gwyneth Paltrow), Thor (Chris Hemsworth) and Jane Foster (Natalie Portman), even Peter Parker (Tom Holland) and MJ (Zendaya) technically break up at the end of Spider-Man: No Way Home. Let’s not forget that in the first Black Panther Okoye (Danes Go for it) is married to W’Kabi (Daniel Kaluuya); when he joins forces with Killmonger to weaponize the Wakandians all over the world, her loyalties to T’Challa are stronger than her loyalties to her husband. Since W’Kabi does not make an appearance or even a mention in Wakanda Foreverit’s safe to assume they divorced offscreen. However, Everett and Val are the first couple we’ve seen already divorced, leaving audiences left to fill in the gaps about their time together.

What little details we do get in Wakanda Forever paint a unique portrait of their lives together. For one, Val has no problem turning on the flirtation with her ex-husband upon seeing him, wasting no time to compliment his physique; Val has no awkwardness talking about their marriage, even over a lengthy car ride back to Langley. Plus, Everett seems to have no problem working for his ex-wife at the CIA, suggesting their split was more amicable than most. When Everett is asked about the Wakandans in a CIA briefing, she appears to value and respect his opinion on the matter. It could be inferred that at one point they did have a good relationship together.

Of course, it is revealed that Val has been tracking Everett’s communications with the Wakandans after she bugs one of the Koyo Beads found at the bridge in Cambridge. She confronts him about his secret conversations and reveals that she has bigger plans in the works regarding vibranium. Val has her eyes on her own prize, whereas Everett would rather risk his job to help Queen Ramonda (Angela Bassett) even when he isn’t given details about Namor (Tenoch Huerta Mejia) and the Talokanils. This encounter reveals the lack of trust between the former couple, suggesting that Val’s power-hungry goals could have pushed Everett away in the first place.

What’s Ahead for Everett and Val

A complaint towards Phase 4 is the disjointed nature between each of the films and the series for the overarching narrative of this new saga. However, the revelation of Everett and Val’s connection to each other bridges the story beats together. It’s relatively small, linking a supporting character from Phase 3 to a recurring figure in Phase 4; yet, it’s the implication that there are more of these to be made as we transition from Phase 4 into Phase 5.

Speaking of Phase 5, we do know this isn’t the last we’ve seen of Everett Ross and Valentina Allegra de Fontaine. Everett is set to return in Secret Invasionwhich is the first Disney+ series of Phase 5. It’s expected to be a darker spy thriller than the MCU has seen so far. With the CIA agent back, could this mean that the new CIA director also makes an appearance? Could either of them really be one of the Skrulls that’s infiltrated Earth?

Val’s recruitment and her conversation with her ex-husband foreshadow her long-term goals. Even if Val doesn’t make a cameo in Secret Invasionshe is set to end the Phase 5 with the team she’s been assembling since Phase 4– Thunderbolts. This Suicide Squad-like team is expected to be made up of Yelena, Bucky, U.S. Agent, Red Guardian (David Harbour), Ghost (Hannah John-Kamen), and Taskmaster (Olga Kurylenko). Harrison Ford is stepping in as General Thaddeus Ross, who was played by William Hurt before he died.

Wakanda Forever could be the only MCU project where we get any insight and interaction between this former couple. The implications of their connection create a new layer within the U.S. operational side of the MCU, deepening what we know about Everett and Val and how their former relationship impacts choices and character details moving forward. Though, it’s a shame we never got to see the divorce proceedings. Could you imagine who Jennifer Walters (Tatiana Maslany) could’ve been hired to represent?